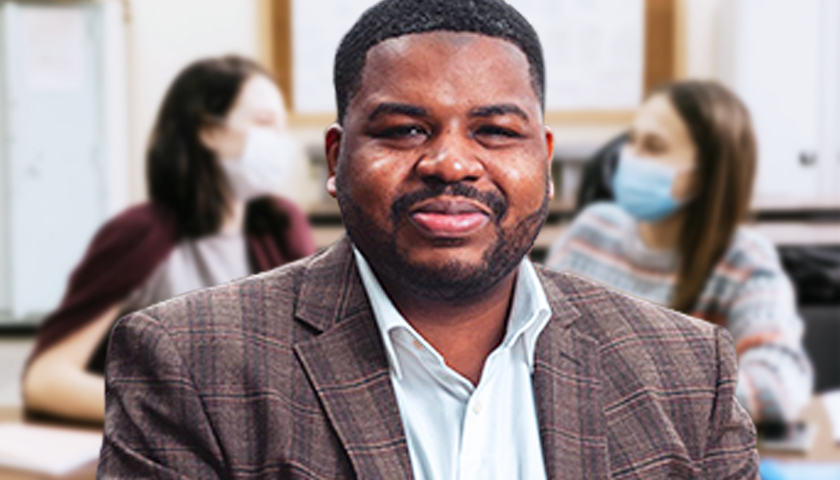 On August 17, Hakeem Jefferson, a professor of political science at Stanford University, launched a series of tweets that claimed protestors of school mask mandates are doing so because of their “Whiteness.”

Hakeem’s tweets claim that the protests and opposition to mask-wearing are caused by “Whiteness” and that comprehensive discussions about these protests cannot be had without acknowledging that.

He also attributed White identity as the cause of the January 6 Capitol riots, saying, “It’s like my reaction to jan6. You don’t have to be an expert in identity to know that whiteness is driving the behavior.”

Jefferson retweeted a reply to his thread stating, “Whiteness is the most pressing threat to the nation that isn’t climate change.”

On Friday, Jefferson tweeted a response he gave to a Stanford student on a question regarding the January 6 riots at the Capitol. The question, which Jefferson tweeted, was, “How can one argue, as I do, that whiteness was at the root of 1/6 given there were Vietnamese flags and other “non-white” groups represented?”

In the response to the student, Jefferson stated that Whiteness simply isn’t only about skin color, but that it is an “ideology” in and of itself. He claims that people of color can be, “committed to the ideology of whiteness.” He claims that whiteness is so powerful that “it is attractive to those it so often oppresses.”

Jefferson is currently a faculty affiliate with the Center for Comparative Studies in Race and Ethnicity. His dissertation on policing was awarded the 2020 Best Dissertation Award from the American Political Science Association.

His main political interests are the politics of historically marginalized groups, specifically African Americans, and why these groups tend to support punitive “tough-on-crime” laws.

He claims to bring his personal experience and perspective as a Black man into his work of trying to unravel these issues, stating that his job is to “clarify and contextualize” the issues of racism and racial violence, which he views as “core features of the American project.”

Campus Reform reached out to both Stanford University and Hakeem Jefferson for comment on his tweets. In response, he launched a Twitter thread acknowledging our contact with him and stating that he would not respond.

“A reporter from Campus Reform reached out to ask if I have any comments on this tweet because they’re writing a story about my comments. I think the tweets speak for themselves. Wait until they hear how I teach about race and injustice in the classroom!” Jefferson tweeted.

Corey Walker is a Michigan Campus Correspondent for Campus Reform. He is a student at the University of Michigan studying History and English.
Photo “Hakeem Jefferson” by Stanford University.