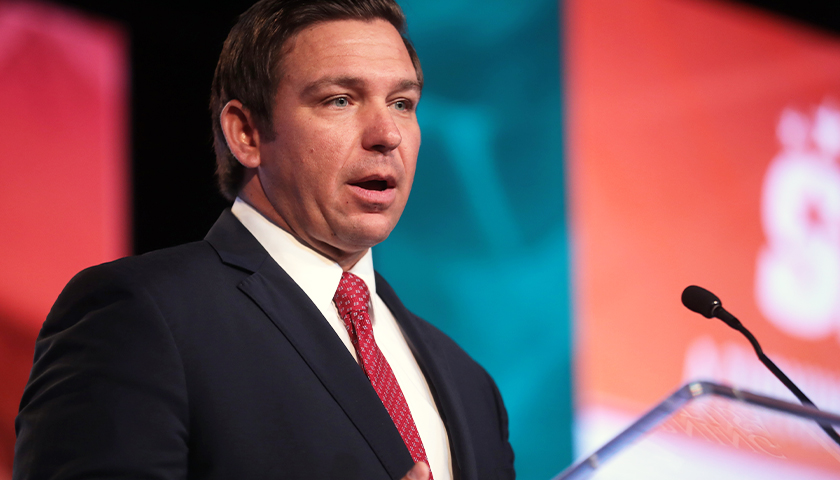 The Florida Elections Commission will look to add three new members after Governor DeSantis appointed Nicholas Primrose, Marva Preston and Carlos Lopez-Cantera to the panel on Friday, with Primrose being the designated Chair.

DeSantis’ appointments are subject to confirmation by the Florida Senate and are the first in over a year to replace all current members of the FEC whose terms have expired but are still serving.

All three of DeSantis’ appointments are Republican, with two formerly serving under former Republican Governor, Rick Scott. Lopez-Cantera served under Scott as Lieutenant Governor from 2014 to 2019, while Primrose served in the Executive Office of the Governor as the Deputy General Counsel, and General Counsel to the Florida Division of Emergency Management.

Currently, Lopez-Cantera is President of a company known as Pan American Consulting, and Primrose is the Chief of Regulatory Compliance for the Jacksonville Port Authority.

A press release from Governor DeSantis’ Office on Friday announcing the appointments, praised Preston’s experience by highlighting her multiple roles in her community as well as the state.

Preston, of Crawfordville, is a retired Detective from the Miami Police Department, serving for 27 years. She also served as an investigator in the Office of the Attorney General’s Medicaid Fraud Unit. Preston is the Director of Grace Embraced Outreach Ministry, a Team Leader on the Wakulla Wellness Task Force, Secretary of the Wakulla Senior Citizen Council and Secretary of the Crawfordville Lions Club. She earned her law enforcement degree from Miami Dade College and a bachelor’s degree in public administration from Florida International University.

While all three appointees represent the Republican party, it is important to note that no more than five Commissioners can be from the same political party at any one time.

Furthermore, the official duty of the nine-member Commission is to secure and regulate transparency regarding elections, as well as handling complaints or cases dealing with election codes and regulations established in Florida Statutes.

Governor DeSantis approved SB 90 in May which is designed to curb the chances of fraudulent elections in Florida, but the law has already faced legal opposition in the wake of its approval. As the 2022 elections draw closer, the opposition related to the law could be the subject of discussion for the Commission and its new appointees in the next year.

Casey Owens is a contributing writer for The Florida Capital Star. Follow him on Twitter at @cowensreports. Email tips to caseyowensreports@gmail.com.
Photo “Ron DeSantis” by Gage Skidmore CC BY-SA 2.0.