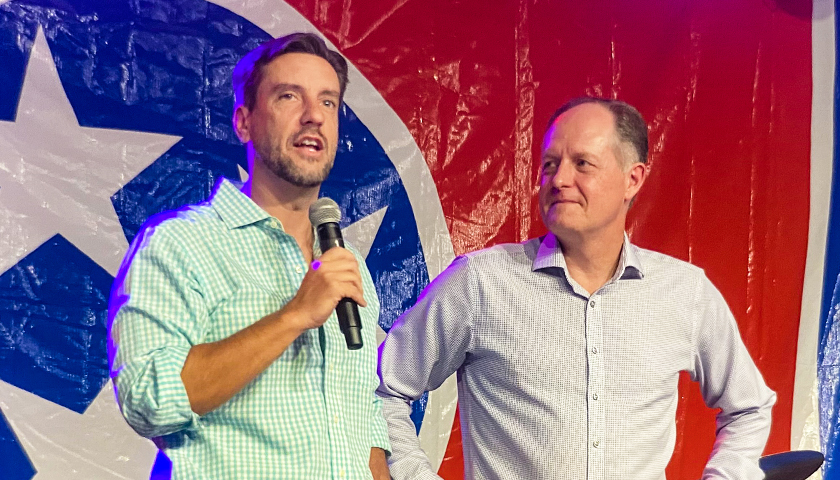 FRANKLIN, Tennessee – Clay Travis of The Clay Travis and Buck Sexton Show headlined this year’s Boots & Jeans, BBQ & Beans event in Franklin, where he warned about the presidency of Joe Biden and his presidency’s ramifications. 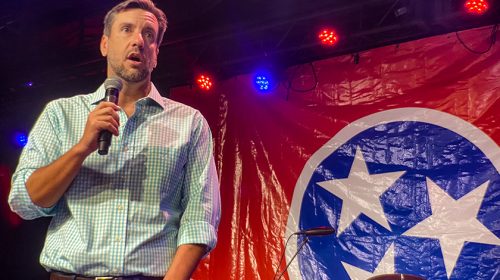 Travis and other officials spoke Sunday evening at The Factory at Franklin.

State Senator Jack Johnson (R-Franklin) has hosted this annual event for 15 years, he said. Johnson said the number of people who attended this year was more than 600.

Travis, who said he grew up in Goodlettsville and still lives in Tennessee, told the audience that defunding the police “is the single dumbest idea that has ever existed in my opinion in the 21st century in America.”

“Data and facts matter, and we already knew if we had less police officers less able to protect us [then] the murder rate was going to skyrocket in this country on a level that we have not seen before. Guess what happened? The murder rate skyrocketed on a level that most of us had not seen. There are consequences to being wrong. You are seeing the consequences to being wrong right now in Afghanistan,” Travis said. 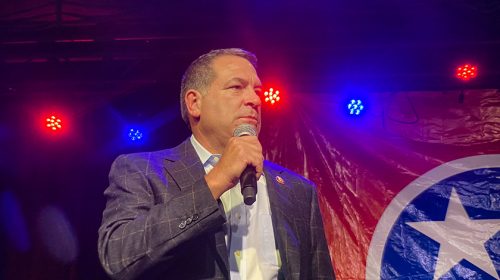 “You are seeing the consequences of being wrong with Joe Biden in office. On our border, somehow it is tougher for people to try to figure out what is going on. They are talking about trying to restrict travel from one state to another. Did you see that? We can’t even keep people from coming into our country, and we are talking about restricting travel.”

“Washington is out of control. I watched that news conference from Secretary [of Defense Loyd] Austin where they said ‘There are 10,000 Americans trapped in that country [Afghanistan]. Do you have the resources to go get those Americans?’ He said no. My response is a knee-jerk response: ‘Get your ass over there and get those Americans,’” Green said. 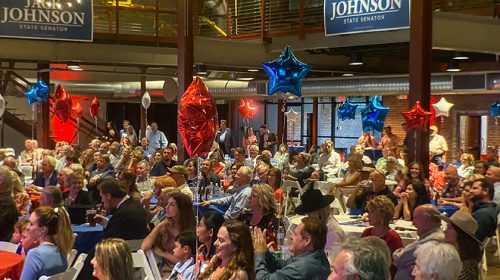 “It is unacceptable. It is humiliating the near-term effects of what Joe Biden has done in creating the greatest hostage crisis in the history of the United States, and it will reverberate for decades as our allies wonder if they can really trust us? It is time for Joe Biden to step down as president of the United States.”

Knox County Mayor Glenn Jacobs attended Sunday’s event. Referring to COVID-19 and last week’s events in Afghanistan, Jacobs told The Star that the “transformation of our entire society” troubles him. 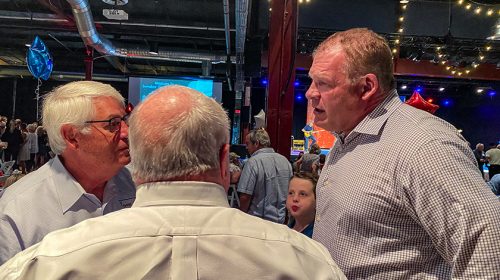 “I thought we should have been out [of Afghanistan] a long time ago, but the way it was done was completely incompetent and botched, and it really tarnished America’s image on the world stage,” Jacobs said.

“When I look at our society I really do see the threat of socialism and big government. It’s real. People need to understand that.”

Travis, speaking with optimism, told the crowd that America “is the shining city on the hill.”

“We are the bastion of freedom and excellence and human rights and equality. Are we perfect? No. Nothing ever created by man has been perfect,” Travis said.

“But America is as close to a perfect country as has ever existed in the history of humanity.”