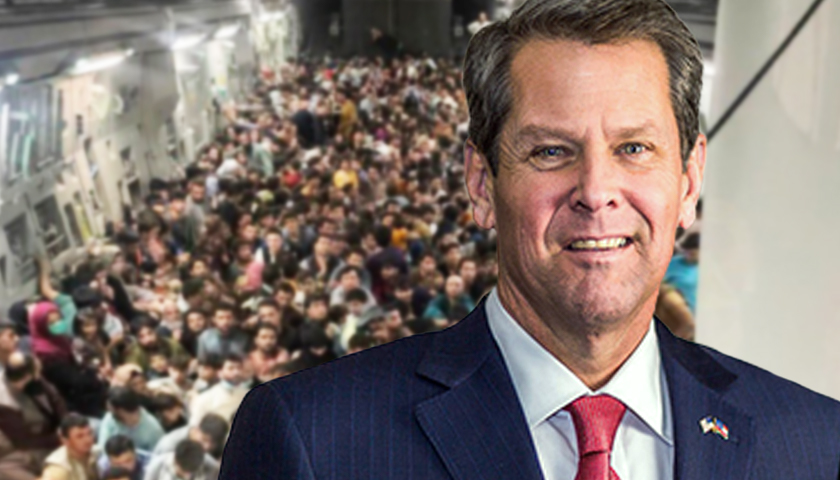 Georgia Governor Brian Kemp reportedly has invited Afghan refugees to resettle there, and his announcement has not carried over well with Peach State conservatives.

“In 2018 Brian Kemp campaigned with a shotgun and a pick up truck and said he was going to round up all illegal aliens and protect Georgians,” Jones wrote.

“Yesterday he held a press conference to join Stacey Abrams and Joe Biden and opened Georgia’s doors and neighborhoods to the Taliban, Hamas and suicide bombers from Afghanistan! He continues to give away Georgia.”

Mark Gonsalves, meanwhile, is a Republican who ran for Georgia’s Seventh Congressional District last year and then, according to Ballotpedia, lost. Gonsalves this week asked on Twitter whether Kemp, due to this and certain of his other past choices, is the victim of someone else’s blackmail.

“You just look at some of the decisions he has made, and it leads one to get curious,” Gonsalves said, adding his tweet was nothing more than speculation on his part.

“As far as the Afghan situation, I think that most folks appreciate the efforts that the Afghans put forth for us while we were there, but the concern is will those people be vetted? Will there be just any Afghan that is coming in? Or are they truly going to be people who supported our military efforts there? That is the big thing.”

Kemp, according to the Atlanta-based 11 Alive, said “it is vitally important to keep those who partnered with American armed forces over the last 20 years safe from harm.”

Kemp also reportedly said that the government should vet Afghan refugees before and if they arrive in the United States. The station also pointed out that the federal government — and not the states — oversees immigration policy.

Kemp has so far not discussed the matter on his Facebook page.