Newport News School Board in Virginia Votes Against Transgender Policy 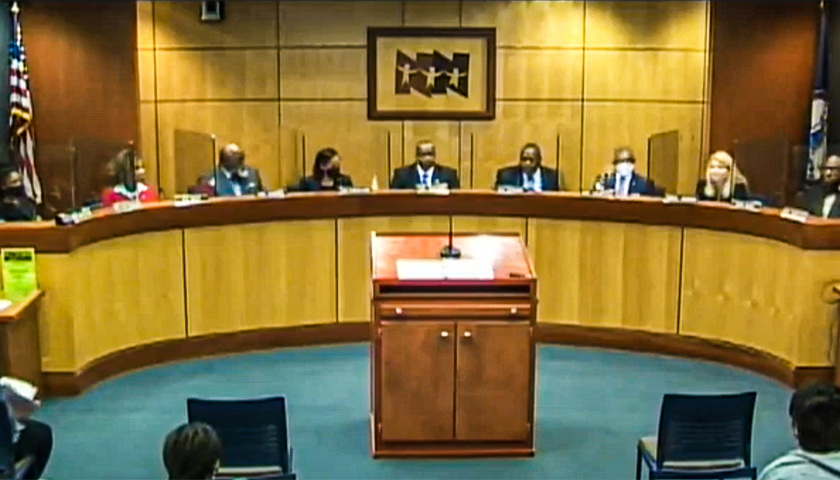 The Newport News School Board voted 5-1 with one abstention against adopting a transgender policy on Tuesday. Board members cited concerns about provisions limiting how school staff can discuss children’s gender with parents and other concerns about implementation.

“For us to have to go in this direction when we have kids that are failing and are dropping out who didn’t get a great education as other kids did during the pandemic to discuss a gender policy,” Member John Eley said. “In this situation of transgender we need to do what’s right by the person and I believe God created male as male, female as female.”

He said the school should treat all children fairly. He said, “This whole hype around this I think is really not necessary while we’re in the middle of the pandemic.”

Virginia law requires passage of a transgender policy consistent with the Virginia Department of Education’s model policies. Board members asked Director of Legal Services Len Wallin what the consequences of not passing the policy could be.

Wallin said, “As I understand it, the Attorney General has opined that there aren’t any direct financial implications for a failure to adopt the policy consistent with the requirements of state law. It does seem to me that the failure to adopt a policy when the General Assembly has dictated that it be adopted could trigger an action for an injunction, which the purpose of that would be to force the school division to adopt something. And if the school division didn’t adopt that then you’d have the implication of court sanctions.”

“It would be unwise to not follow the law,” he said.

Chair Douglas Brown said he thinks it’s important to obey the law, but this law violates the Constitution.

“I’m not sure that a child is really in a position to decide what their gender is when they’re a child. My belief has always been, hey do what you will, and let’s get them to be adults and then make whatever decisions they want and make their choices. So the notion of a child making that decision on their own, and them being on their own, and us being between the parents and them […] it’s personally a mess that I don’t want.”

Even members who did vote for the policy expressed some concern. Member Gary Hunter voted for the policy while noting concern over the policy to not notify parents of their child’s gender preference.

“I’m quite sure each one of us on this board, if we didn’t have to vote, we wouldn’t, not right now. If we could pick and choose some of those things out, we would. But we can’t,” he said. “There are kids out there, students out there that are suffering. We just don’t know about it.”

Eric Burk is a reporter at The Virginia Star and The Star News Network. Email tips to eburk@vastarnews.com.
Photo “School Board Meeting” by NNPS-TV.