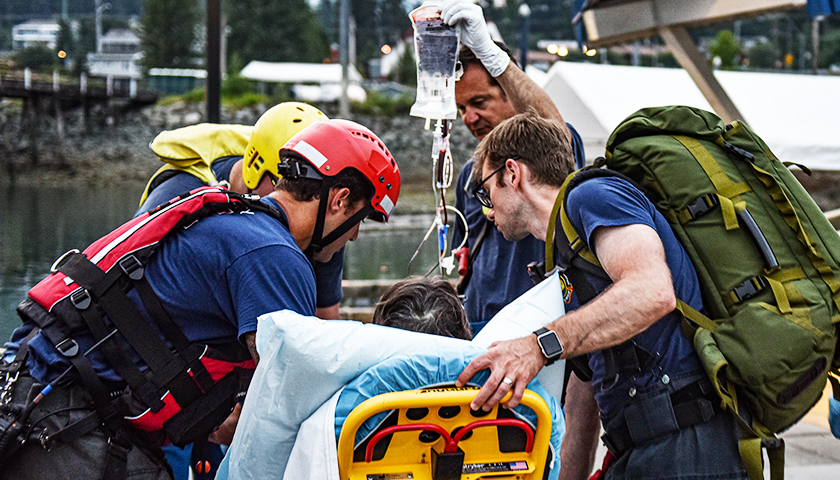 The Biden Administration quashed a critical State Department program designed to help Americans evacuate safely out of crisis zones just months prior to the fall of Kabul, the National Pulse reported Wednesday.

A memo, signed by Deputy Secretary Brian McKeon and dated June 11, 2021, called for the “discontinuation of the establishment, and termination of, the Contingency and Crisis Response Bureau (CCR)” just a couple of months before the program was desperately needed. Over the weekend, the Taliban insurgents overtook the Afghan capital of Kabul, leaving up to 40,000 Americans and Afghan interpreters stranded in the war-torn country.

“SENSITIVE BUT UNCLASSIFIED,” the State Department document begins, with the subject line, ACTION MEMO FOR THE SECRETARY (Anthony Blinken).

The memo had two recommendations:

“That you direct the discontinuation of the establishment, and termination of, the Contingency and Crisis Response Bureau (CCR), and direct a further review of certain associated Department requirements and capabilities.”

“That you direct the discontinuation of the establishment, and termination of, CCR, consistent with the applicable legal requirements, necessary stakeholder engagement, and any applicable changes to the Foreign Affairs Manual and other requirements.”

The bureau, created under former Sec. of State Mike Pompeo, provided “aviation, logistics, and medical support capabilities for the Department’s operational bureaus, thereby enhancing the secretary’s ability to protect American citizens overseas in connection with overseas evacuations in the aftermath of a natural or man-made disaster,” according to a notification from the Trump administration obtained by the Washington Free Beacon.

According to the National Pulse, the decision to axe the CCR program may have come as early as February, “both undermining the original Trump-era date for the withdrawal of troops from Afghanistan, and certainly giving the Taliban time to threaten American assets and lives on the run up to Joe Biden’s September 11th date of withdrawal.”

Former President Donald Trump blasted the Biden administration’s move in a comment to the Pulse.

“My Administration prioritized keeping Americans safe, Biden leaves them behind. Canceling this successful Trump Administration program before the withdrawal that would have helped tens of thousands Americans reach home is beyond disgraceful. Our withdrawal was conditions-based and perfect, it would have been flawlessly executed and nobody would have even known we left. The Biden execution and withdrawal is perhaps the greatest embarrassment to our Country in History, both as a military and humanitarian operation.”

A State Department spokesman told the Beacon that the Biden administration did “not abolish any Bureau.”

The official maintained the CCR Bureau created by the Trump administration “was never established in the first place,” a claim that multiple sources who spoke to the Free Beacon disputed.

“On top of that, the proposed Bureau would not have introduced any new capabilities to the Department,” the official said. “Every requirement the department delivered on last year, and since the proposed establishment of the bureau, can be delivered today in the same manner.”

The State Department on Tuesday sent notifications to the stranded Americans— journalists, contractors, NGO workers, diplomats and government staff—telling them to make their own way to the airport past Taliban checkpoints without military assistance.  and not guaranteeing their safety.

“PLEASE BE ADVISED THAT THE UNITED STATES GOVERNMENT CANNOT GUARANTEE YOUR SECURITY AS YOU MAKE THIS TRIP,” the security alert read.

Joe Biden returned to the White House on Wednesday to deliver remarks about the administration’s vaccination program. He took the opportunity to threaten to sue Republican governors who are blocking mask mandates on schoolchildren, but had nothing to say about the ongoing debacle in Afghanistan.

Americans are trapped in Afghanistan by Taliban forces and Joe Biden is attacking Ron DeSantis. This is inexcusable.

Following his remarks, Biden was expected to his home in Wilmington, Delaware.

Biden is not going back to the White House. Is something weird going on?