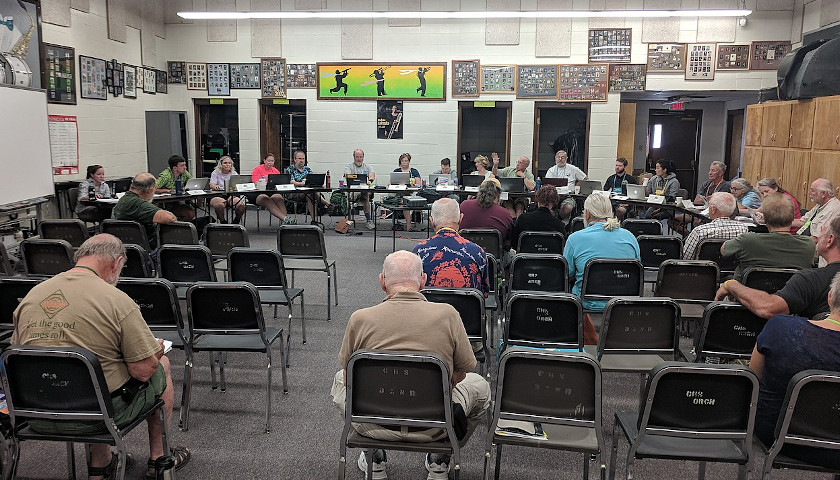 If you live in Tennessee and you’re so upset with your local school board member that you want to recall him or her then you’re not going to like what state law has to say about the subject.

One of Tennessee’s largest cities will apparently permit you to recall your local school board members, but the state’s vast other regions will not.

Memphis attorney John Ryder was formerly general counsel to the Republican National Committee. He also specializes in election law. Ryder said that recalling a school board member in the Volunteer State depends on the rules of the local school board and its charter.

“Some school boards, like the Shelby County Schools, have their own charter. But some are controlled under general state law,” Ryder told The Tennessee Star.

“General state law does not provide for recall. It would have to be a private act or a charter provision in local government or something specific to that school board.”

The website for the University of Tennessee’s Municipal Technical Advisory Service (MTAS) elaborates. MTAS provides technical assistance to the state’s various municipal governments. MTAS says, as Ryder did, that recall elections are available only if the municipality’s charter authorizes them — but these provisions do not apply in Nashville-Davidson County. MTAS also said recall petitions must contain one or more specific grounds for removal.

The Nashville Metro Charter — as provided to The Star by Metro attorneys and Nashville Election Administrator Jeff Roberts — does permit recall elections for various offices, including members of the school board.

“The above percentages shall be computed from the total number of qualified registered voters for each office according to the latest official count of registered qualified voters made by the Davidson County Election Commission thirty (30) days prior to the date the recall petition is initially filed with the metropolitan clerk.”

Julia Bruck, spokeswoman for Tennessee Secretary of State Tre Hargett, told The Star by email that Tennessee does not have a statewide law permitting recall elections for school board members. She said, though, that Tennessee does provide for a recall election for a local board of education member by the registered voters of one county only. Per Tennessee law and going by the 2010 federal Census, this section applies only to counties that have a population of no less than 98,200 people and not more than 98,300 — and Madison is the only county to meet that narrow criteria.

What happened in Madison County came about because of a bill that State Senator Ed Jackson (R-Jackson) and State Representative Chris Todd (R-Madison County) sponsored and got passed into law in 2019. This, according to Gary Humble, spokesman for the Williamson County-based Tennessee Stands. According to its website, Tennessee Stands calls on state and local officials “to restore our constitutional republic.”

“Those local people just wanted to take it to their school board and recall some school board members, so they ran that statute. The statute originally was written as a public act that would have been effective throughout the whole state but…the legislative history is interesting,” Humble said.

“When the bill was introduced in the [state] senate it was introduced as a bill that was applicable to the entire state. Every county in the state of Tennessee would have been able to recall school board members. And that version of the bill passed the [state] senate unanimously on the floor. The bill got into the [state] house, and all of the representatives went nutty. Antonio Parkinson was the first to run an amendment because he didn’t want the school board members in Shelby County to get recalled. Then it went on and on and on. The bill was amended eight times until finally Chris Todd realized the bill was going to die and the only way to get it passed was to make the bill only applicable to his county — Madison County.”

Afterwards, a group of Madison County voters recalled one of their school board members — or at least they tried to, Humble said.

“You can’t have a public act that only applies to specific counties and not all of them unless you write into the statute that the local county commission also has to adopt the measure. That is in our Tennessee state constitution. That is a constitutional provision. If the legislature will pass a bill and makes it only applicable to certain counties [then] those county commissions have to be given the opportunity in the statute to themselves adopt the ordinance.”

Despite what experts and other people in authority say, ballotpedia.com lists Tennessee as one of 22 states that permit the recall of school board members, under the following conditions:

• No specific grounds are required.

The Star asked Humble if, given recent events, especially in Williamson County, the momentum exists to change state law to make it easier to recall local school board members?

“You come to realize that a recall statute cuts both ways. Yes, it allows you to recall school board members you dislike but it also allows someone else to recall someone you do like,” Humble said.

Tennessee State Representative Jay Reedy (R-Erin) said this week he has discussed the possibility of limiting school board members to two-year terms of office as opposed to the four-year-terms they serve now. Reedy said the idea “has only been talk.”

“Hey, it’s every two years instead of every four years so you don’t have to put up with some knucklehead for four years,” Reedy said.

“I should say that a two-year-term for a school board member might be a really really good idea. That would have a very similar effect and maybe even a better effect than a recall statute.”

Humble said allowing a school board member to serve a four-year term “is entirely too long.”