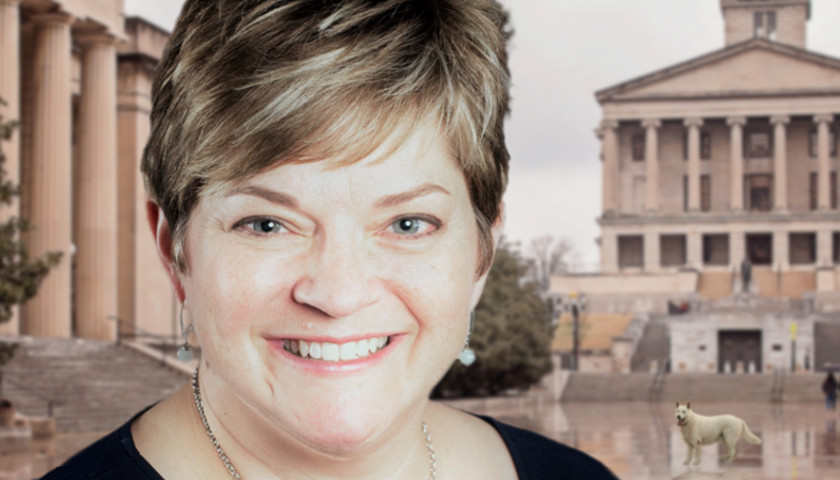 Former Tennessee Department of Health (TDOH) official Michelle Fiscus said someone mailed her a dog muzzle to intimidate her to stop talking about COVID-19 vaccinations, but Axios reported Monday that she allegedly purchased that muzzle herself.

“The Tennessee Department of Safety and Homeland Security found through a subpoena that the Amazon package containing the muzzle traced back to a credit card in Fiscus’ name,” Axios reported.

“When asked by investigators, Fiscus provided information for an Amazon account in her name. It was a different account than the one used to purchase the muzzle. The investigation concluded that ‘the results of this investigation that purchases from both Amazon accounts were charged to the same American Express credit card in the name of Dr. Michelle D. Fiscus.’ Fiscus told investigators she felt the muzzle was a threat and she should ‘stop talking about vaccinating people.’ The investigation was launched after health department official Paul Peterson alerted the Department of Safety about the apparent threat to Fiscus.”

Fiscus tweeted about the matter Monday.

“Regarding the muzzle: I ASKED Homeland Security to investigate the origin. Just provided a redacted HS report by Axios Nashville. Report says a second account was made under my name from a phone in WA? Waiting on unredacted report. Hold tight. No, I didn’t send it to myself,” Fiscus wrote.

Regarding the muzzle: I ASKED Homeland Security to investigate the origin. Just provided a redacted HS report by Axios Nashville. Report says a second account was made under my name from a phone in WA? Waiting on unredacted report. Hold tight. No, I didn't send it to myself.

“Fiscus went on to tweet that the “account was apparently accessed from the State of Washington, where I had never been, by a cell phone using a carrier I have never used.”

“I have asked the state for the full unredacted report and am awaiting a response,” Fiscus wrote.

TDOH officials fired Fiscus earlier this year. This, after the organization received backlash from lawmakers for vaccine outreach to minors.

Fiscus blamed elected leaders in the state for the decision.

“I am ashamed of them. I am afraid for my state. I am angry for the amazing people of the Tennessee Department of Health who have been mistreated by an uneducated public and leaders who have only their own interests in mind,” she said at the time.

Before her firing, Fiscus directed the TDHO’s Vaccine-Preventable Diseases and Immunization Program (VPDIP).