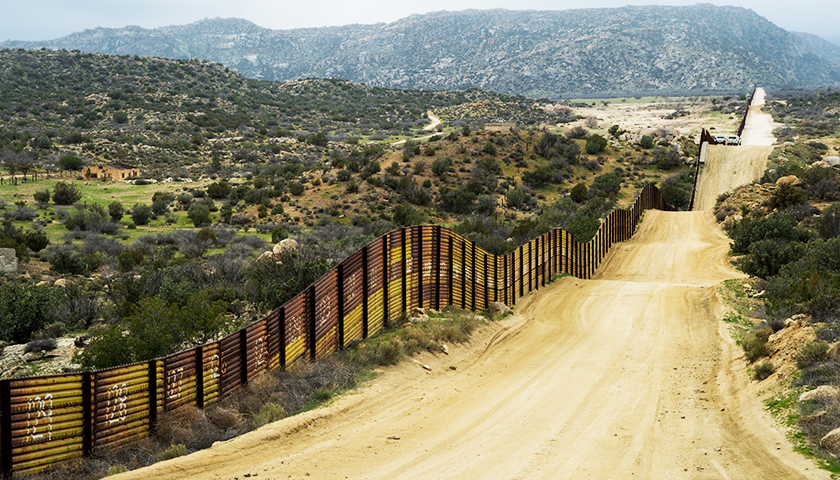 A plurality of people who participated in a recent Telephone Town Hall with U.S. Rep. Andrew Clyde (R-GA-09) said they worry most about what’s taking place at the U.S.-Mexico border.

Clyde told his constituents in an emailed newsletter this week that more than 4,700 residents in his district participated in his Telephone Town Hall.

“If you’ve attended one of my telephone town halls, then you know I like to poll participants to gauge their thoughts on certain issues so that I can make sure that I am factoring Ninth District residents’ thoughts into critical policy decisions I make in Washington,” Clyde told constituents in his newsletter.

Exactly 92 percent of participants said they do not believe that members of the Biden administration have done a good job securing the southwest border, according to the poll results.

“It is no secret that our nation is experiencing a multifaceted crisis at our southern border that was created by the policy failures of President Biden and Congressional Democrats. But the reality is that Democrats continue to pretend that there is no crisis and are completely ignoring the fact that our nation hasn’t seen the likes of a similar illegal migrant crisis in nearly 20 years! Further complicating the matter is the fact that there are reports our U.S. Customs and Border Patrol (CBP) Officers have been instructed to release migrants who are experiencing COVID-19 symptoms and are testing positive in communities,” Clyde told his constituents in the newsletter.

“As a member of the House Homeland Security Committee and the American Security Task Force, securing our border is a top priority of mine. I also know it is top of mind for residents of Georgia’s Ninth, which is why I am proud to have joined our Republican Ranking Member in cosponsoring the ‘Border Security for America Act.’ Specifically, this legislation would secure our borders by requiring the construction of the border wall to resume, investing in advanced technologies and critical border infrastructure, and bolstering support for federal law enforcement officers on the front lines.”