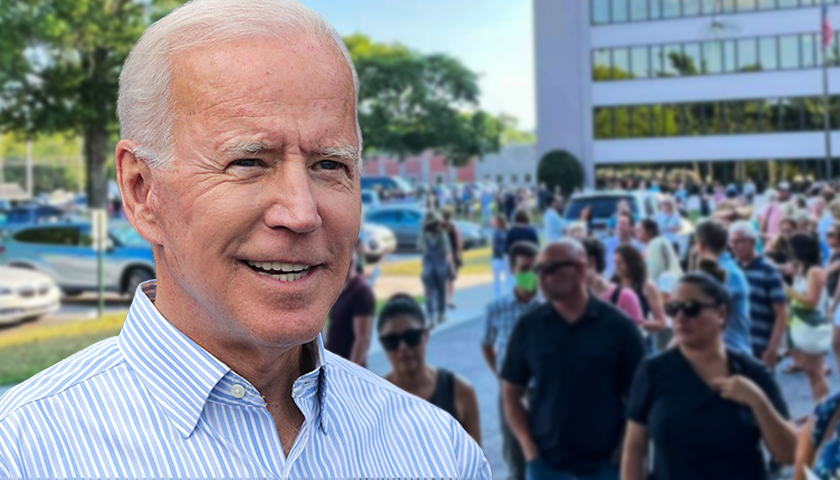 More than 1,000 parents who protested the Williamson County School (WCS) System’s new COVID-19 mask mandates attracted the attention of CNN Thursday and, later, U.S. President Joe Biden, and not in a flattering way.

An unidentified CNN anchor described the parents as “an angry minority.” The network showed footage of some, but not all, of the parents as they either attended this week’s meeting or, due to lack of space inside, protested outdoors.

“And after this Tennessee meeting we just showed you there, some of that minority became threatening and harassed people wearing masks as they left,” the CNN anchor said.

The anchor then showed video of two unidentified people getting in the face of, and apparently trying to intimidate, a person who urged WCS board members to mandate students wear COVID-19 masks.

After CNN’s report aired, Biden appeared on television to address what happened.

“This isn’t about politics. This is about keeping our children safe. I saw a video and reports from Tennessee of protestors threatening doctors and nurses who went before the school board to make the case that to keep kids safe there should be mandatory masks. As they walked out the doctors were threatened. Nurses were threatened,” Biden said.

“Health care workers are heroes. They were the heroes when there was no vaccine. Many of them gave their lives trying to save others. And they are heroes again with the vaccine. They are doing their best to care for the people refusing to get vaccinated. And unvaccinated folks are being hospitalized and dying as a result of not being vaccinated.”

WCS Board members voted to require that students, staff and visitors at elementary schools wear face masks while indoors and on buses until September 21. The decision displeased Williamson County parents who insist they — and only they — have the right to force a COVID-19 mask on their children.

One parent, whose name The Star could not determine, warned board members that he and others “will come for you in a non-violent way.”

“Candace Owens is coming for you. The Deplorables will come for you politically and financially,” the man said.

“We will vote you out. If you own a business we will boycott your business. In the past you dealt with sheep, and now you will deal with lions.”

Williamson County Sheriff’s Department spokeswoman Sharon Puckett told The Tennessee Star Thursday that deputies arrested no one at Tuesday’s school board meeting. Deputies also did not give out any citations.

Chris Butler is an investigative journalist at The Tennessee Star. Follow Chris on Facebook. Email tips to chrisbutlerjournalist@gmail.com.
Photos “Williamson County School Board Meeting” by Megan Gunter Burt and “Joe Biden” by jlhervàs (CC BY 2.0)