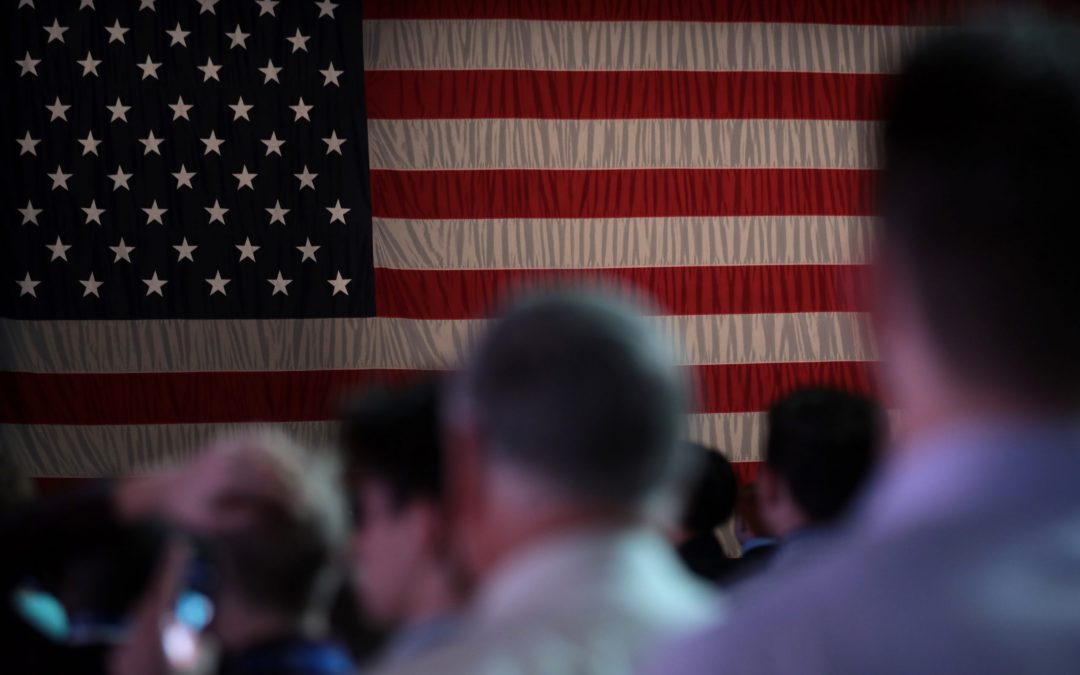 Americans are growing angrier by the day in a way different from prior sagebrush revolts such as the 1960s Silent Majority or Tea Party furor of over a decade ago.

The rage at the current status quo this time is not just fueled by conservatives. For the first time in their lives, all Americans of all classes and races are starting to fear a self-created apocalypse that threatens their families’ safety and the American way of life.

The border is not just porous as in the pre-Trump past. It is nonexistent. Some 2 million people may cross illegally in the current fiscal year—with complete impunity.

There is zero effort to stop them. Officials daily hector Americans to get vaccinated and tested for COVID. But they are mute about illegal entrants, some of them infected with the virus.

Have we ever had a president who made no pretense about destroying federal immigration law and asking of Americans what he does not of illegal aliens?

Joe Biden has also conceded that his hold on housing evictions deliberately defied a Supreme Court ruling. He added that he probably did not have the legal authority to ignore the court, but did not really care.

As in the case of demolishing immigration law, the president seems either unaware or proud that he is insidiously dismantling the Constitution.

America has also never quite seen such overt and multifaceted efforts to undermine the foundations of free-market capitalism.

At a time of resurging GDP, low unemployment, and record worker shortages, Biden has announced that renters can continue to avoid paying what they owe their landlords—even after a prior year of such free housing.

In a rebounding economy amid record debt, the government is still sending workers unemployment benefits that are more remunerative than the paychecks they would earn if employed.

Such insanity means not only that labor-short employers cannot provide goods and services to American consumers. The new ethos also institutionalizes the pernicious idea that it is smarter to stay home and idle than to get a job and be productive.

Biden is also considering further extending exemptions for the repayment of $1.7 trillion in student loans. That amnesty will only further mainstream this growing notion that borrowing money entails no legal or moral obligation to pay it back.

No one seems to acknowledge that both students and the universities—which lured them to borrow—knew exactly the risks they were taking. Meanwhile, millions of American youth, the working classes who choose not to attend college, and those who paid their loans off or whose parents saved enough over the years to cover their tuition obligations, will subsidize those who renege of their debts by paying higher taxes.

Inflation is roaring back as the administration is printing trillions of new dollars that do not reflect commensurate gains in productivity or population.

Soaring prices are a direct result of incentivizing the unemployed not to work, while discouraging manufacturers and producers of food, gas, oil, timber, mineral, and metals.

The crime wave likewise is not accidental. It is the logical result of deliberate nihilistic policies of releasing thousands of criminals from jails and prisons, defunding and defaming the police, and empowering woke mayors and prosecutors to contextualize crime as the fault of society, not of the criminal.

In response, millions of Americans now simply avoid the mayhem and chaos of blue-state big cities.

Race relations have regressed 50 years. Under the fad of Critical Race Theory, the color of our skins is now deemed essential to who we are.

Most Americans still integrate, assimilate, and intermarry. But the current woke revolution is an elite, top-down effort to smear a self-critical and always improving nation, as some sort of contemporary racist hellhole.

George Orwell would say of these cultural Marxists that they grab power in the present to reinvent the past in order to control our futures.

All this multifaceted chaos is not just faculty lounge stuff. We are beginning to see the collective craziness filter down to disruptions in our everyday lives.

Airliners cannot take off due to fuel shortages. Automobiles, houses, gas, and lumber are in short supply.

Consumers can’t get their roofs fixed or their houses painted or the trees trimmed as employers plead to their idle government-subsidized employees to come back to work.

No one knows whether our laws even still exist—or at least exist haphazardly depending on who breaks them.

Thieves steal with brazen impunity. The police predicate arresting suspects on criteria that have nothing to do with breaking the law.

Scared Americans have lost faith in the FBI, the CIA, the Pentagon, the CDC, and most of the federal bureaucracies that are as politicized as they are increasingly incompetent.

What started out as elite woke nonsense now warps everyone’s daily life. If we don’t wake up from wokeness, we will continue on our sure trajectory to self-inflicted, systemic paralysis—followed by civilizational collapse.

Victor Davis Hanson is a distinguished fellow of the Center for American Greatness and the Martin and Illie Anderson Senior Fellow at Stanford University’s Hoover Institution. He is an American military historian, columnist, a former classics professor, and scholar of ancient warfare. He has been a visiting professor at Hillsdale College since 2004. Hanson was awarded the National Humanities Medal in 2007 by President George W. Bush. Hanson is also a farmer (growing raisin grapes on a family farm in Selma, California) and a critic of social trends related to farming and agrarianism. He is the author most recently of The Second World Wars: How the First Global Conflict Was Fought and Won and The Case for Trump.
Photo “American Flag” by Gage Skidmore (CC BY-SA 2.0).