Carey Set for Second Sprint of 2021 Special Election Even as 2022 Elections, Redistricting Loom 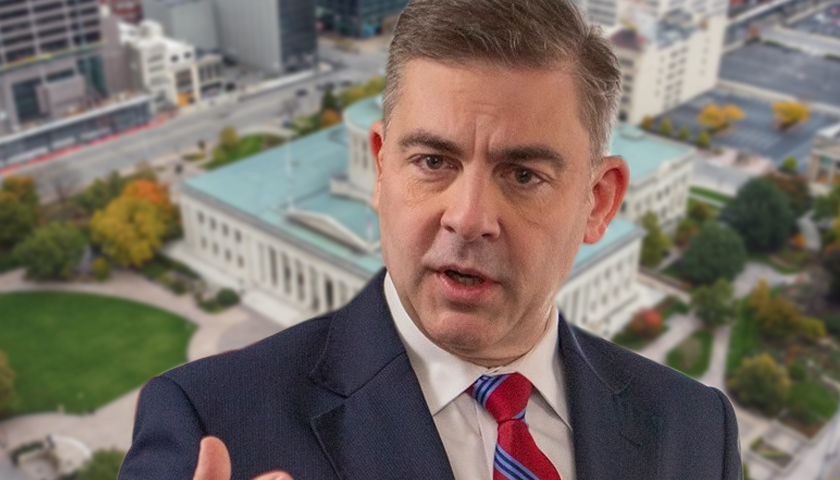 GOP congressional candidate Mike Carey has jumped right back into campaign mode after besting 10 other candidates on August 3 in a three-month sprint to become the Republican nominee to keep Ohio’s 15th District red with nearly 37 percent of the vote.

The second sprint began the next day, as the November 2 special election to replace five-term Congressman Steve Stivers – and the possibility of May 2022 primary – loom, even as the boundaries of the conservative district covering all or parts of 12 counties could change the political landscape.

“I haven’t stopped,” Carey told The Ohio Star via a telephone interview. “We still have another big election on Nov. 2, another special election.”

He spent the days following the election mending fences with other Republican challengers as well as sitting down with the Ohio Fraternal Organization of Police in hopes of an endorsement. This week calls for county fairs.

“The last few days, I’ve worked to bring us together,” said Carey, a first-time candidate but an experienced lobbyist for Ohio’s struggling coal industry. “As conservatives, we need to be united and make our views known.”

The district touches a portion of Columbus’ urban center, including downtown and the adjacent historic German Village neighborhood where Carey lives, as well as suburban Columbus communities like Hilliard, Grove City, and Upper Arlington.

But much of the district is rural, with smaller county seats – such as Wilmington and London – anchoring rich farm country.

It also has proven safe territory for Republicans. The late Chalmers Wylie represented the district for 13 terms, beginning with his election in November 1966. Deborah Pryce then held the seat for eight terms before retiring in early 2009. Stivers won his sixth election in November but retired in May to head the Ohio Chamber of Commerce.

The only break in that string of Republican control came in 2008, when progressive Mary Jo Kilroy edged out Stivers by 2,300 votes as she rode the wave of Barack Obama’s election as president. Stivers defeated her in the 2010 mid-term elections.

In the recent primary, Carey outpolled all the competitors in 11 of the 12 full or partial counties. Ohio Senator Bob Peterson, a former 14-year Fayette County commission, gained 58.6 percent in his home county but ran a distant fourth districtwide.

“We had a good ground game,” Carey said of the campaign. “We never stopped.”

Taking back the House

Carey said he has no regrets regarding the vigorous campaign that had four other candidates getting at least 10 percent of the vote. He credits the endorsement of former President Trump for a first-time candidate to stand out in a crowded field. Trump even chimed in during a brief, late July tele-rally for his chosen candidate and a last-minute reminder.

“That was huge,” Carey said, “very huge. People in the 15th District really support the president.”

In terms of issues, Carey pushes all of the conservative buttons: pro-life, pro-Second Amendment, strong borders, and support of police officers.

These are issues, he said, Republicans can campaign on to take away the U.S. House of Representatives from Speaker Nancy Pelosi and President Joe Biden.

“I do believe we’ll take back the House from Nancy Pelosi,” he said.

While Trump took the 15th District in 2020 with 56.3 percent and Stivers garnered 63 percent of the vote, Carey still expects Democrats to pour money into the district since it’s an open seat since Pryce retired. Democrat nominee Allison Russo is a second-term state representative who won in a solidly Republican district anchored by conservative Upper Arlington just west of Ohio State University.

“I view this race just as competitive as the primary,” Carey said.

Brian Ball is a reporter for The Ohio Star and The Star News Network. Send tips to [email protected]iostar.com.