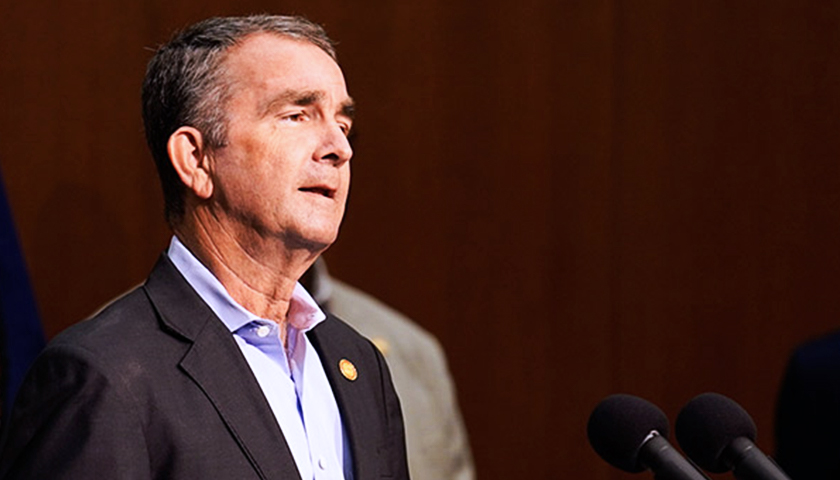 With the new school year less than a month away, politicians are not in agreement on whether Virginia state law requires school divisions to impose mask mandates for students, teachers and faculty.

In a news conference, Northam said state law requires school divisions to follow guidelines from the Centers for Disease Control and Prevention. The current guidelines recommend schools impose universal indoor mask requirements, regardless of vaccination status, for all students 2 years old or older and all staff, teachers and visitors of K-12 schools.

Earlier this year, Northam signed bipartisan legislation that required schools to open for in-person education five days per week. The legislation also says school divisions shall adhere to any currently applicable CDC mitigation strategies regarding the transmission of COVID-19 to the maximum extent practicable. At the time it was passed and signed, the CDC was not recommending masks for unvaccinated students, teachers or faculty.

“We expect [schools] to follow the law and the law that was passed earlier this year says that schools will do two things this fall: they’ll offer in-person instruction five days a week and they will follow CDC mitigation strategies,” Northam said. “The CDC guidance is that people in schools need to be wearing masks. That law was passed by a strong bipartisan vote of the legislature and I expect school divisions to follow it. If they choose not to follow it, they should have a frank discussion with their legal counsel.”

Virginia does not have a mask made for schools specifically on the books. Rather, Northam signed executive action that allows local school divisions to implement their own mitigation strategies. The state explicitly recommended, but did not require, that schools enforce a universal mask mandate, regardless of vaccination status.

Northam encouraged anyone with questions to contact their delegates and senators who passed the bill, but some lawmakers, including the bill’s primary sponsor, do not agree with Northam’s interpretation of the law.

“SB1303 advises that in order for schools to be open this year they follow CDC guidelines to the maximum extent practicable,” Sen. Siobhan Dunnavant, R-Henrico, said in a statement. “Translated – open schools and be adaptable to our children because in-person education is the most important thing. Mandates aren’t adaptable. We are both doctors and lawmakers. Governor Northam knows the language in the bill is not a mask mandate. He should take leadership and own his decisions, not make excuses for policies he wants to implement.”

Dunnavant was the primary sponsor of the legislation.

Republican House leadership also disagreed with Northam’s interpretation. House Minority Leader Todd Gilbert, R-Shenandoah accused Northam of “lying to Virginians” and trying to “hide behind a false interpretation of a law,” rather than announcing he would require masks through executive authority.

“Leadership means making and owning tough decisions,” Gilbert said. “That’s the exact opposite of what we saw yesterday from Governor Northam. … If you’re going to make an unpopular decision, Governor, don’t try to skirt responsibility by lying to Virginians. Your weak leadership and inconsistent messaging are just two reasons so many people don’t trust the safe and effective vaccines that are the real way out of this pandemic.”

When asked how the state would enforce a mask mandate, the governor simply said he expects school divisions to follow the law and did not say how it would be enforced. He also encouraged students 12 years old or older to receive the COVID-19 vaccine. He encouraged regular hand washing, as well.