Exclusive: Former Secretary of State Mike Pompeo Put Governors on Notice Because They Are a ‘Point of Influence’ for the Chinese Communist Party 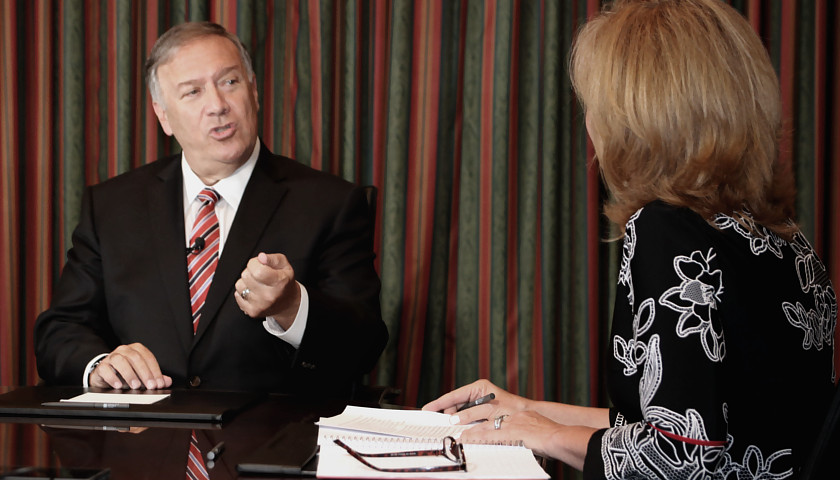 FRANKLIN, Tennessee – Former Secretary of State Mike Pompeo said he put the nation’s state governors on notice, in an exclusive interview with The Star News Network on Saturday, because they are a real point of influence for the Chinese Communist Party.

The reason, Pompeo explained, is because it is where so much of the commercial activity takes place.

The Star News asked, “On the topic of China, still, Secretary, in February 2020, you addressed the National Governors Association and you gave them an overview of the many ways that China is competing in all 50 states and you pointed out that the governors were rated by a Chinese think tank as to friendly and so forth, which was shocking probably for them and for a lot of Americans.  How did the governors respond, particularly those who were named as friendly – like our governor here in Tennessee, Bill Lee – to the news that you broke to them and did you see changes in the way that they handled the relationship with China from that and how would that compare to what you would have liked to see them do back then to respond to the America First agenda and what they’re doing under President Biden?”

At the mention of the National Governors association meeting, Pompeo broke into a broad smile and nodded his head in acknowledgement of his remarks made to the winter gathering of the organization. 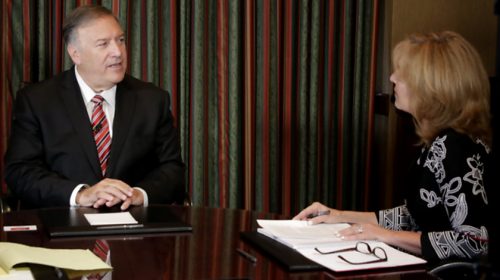 While Pompeo didn’t reveal at the time the list of governors who were ranked as “friendly,” “hardline” or “ambiguous” by a Chinese government-backed think tank, but warned that their states are being targeted by the Chinese Communist Party.  A few days later, the think tank report was released within a cover story by Axios.

Pompeo said he volunteered to speak to the governors at the forum.

“I asked to speak that day because I wanted the world to know and the governors in particular to know that, while this is an international problem and the federal government has the primary responsibility for pushing back and containing the Chinese Communist Party, the Chinese see it differently.”

“We sent delegations to China for decades to build out America business in China.  They turn around and steal American jobs.  They turn around and steal American intellectual property.  They trade with us in the most egregious unfair way.  We allow them to walk all over us when it comes to jobs and commerce, and I wanted the governors to be aware of this,” Pompeo said.

In higher education, it is widely known that China has targeted campuses throughout the United States through the Confucius Institutes.

“I’m confident that the University of Tennessee has hundreds if not thousands of Chinese students studying there, some of them are just students and want to come here.  Others are working – hard –against the United States of America.”

At the early 2020 National Governors Association meeting, Pompeo reported that as of 2017, there were 519 Confucius classrooms in the U.S., because “Beijing knows that today’s kids are tomorrow’s leaders.”

In terms of the response from governors after his talk, Pompeo laughed that at the beginning of his remarks, they were only “half-listening.” 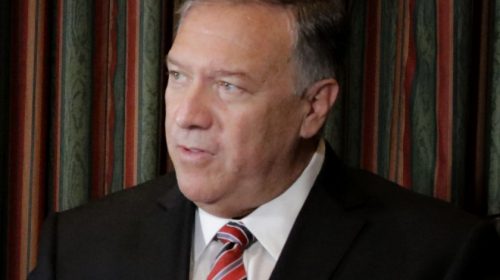 That changed with Pompeo’s revelation, when governors “all picked up their cell phones and texted their chief of staff and said get me a copy [of the think tank rankings],” continued Pompeo.

“It’s always good.  The first thing we always have to do is re-learn 50 years of history.”

Pompeo didn’t fault any particular business for not previously understanding the threat that China presents.

“We can see what’s taking place, and President Trump and our administration reversed 50 years of weakness where the Chinese Communist Party walked all over.”

“So, the first lesson we have to do is understand the threat.  I think now that governors all across America do that.”

Pompeo then shifted to looking ahead to what governors can do in their states.

“Now they have to think responsibly about how to direct their economies in their states to continue to thrive, to continue to grow, but demand that the Chinese treat us in a way that’s fair and equitable.”

Pompeo emphasized that there are areas where there should be no compromises. 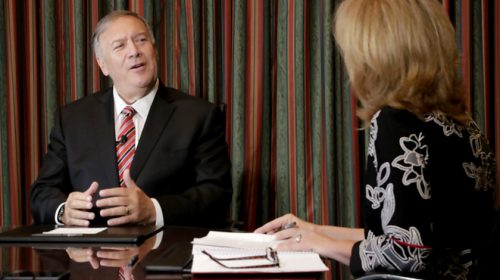 “The challenge from the Chinese Communist Party is real.  We’re all going to have to do more.”

Pompeo recently formed a political action committee, CAVPAC – Champion American Values PAC to promote conservative values of America’s founding.  He has been traveling around the country to help ensure that Nancy Pelosi will no longer be the Speaker of the House after the 2022 mid-term elections.

When asked about a future stop in the presidential election battleground state of New Hampshire and a recent one to Iowa, both key to a potential run in the 2024 Republican primary, Pompeo might have a bit of a gleam in his eye as he responded.

Mike Pompeo served from 2018 to 2021 as the 70th Secretary of State and from 2017 to 2018 as the Central Intelligence Agency Director under President Donald Trump, after having served four terms representing the Fourth District of Kansas in the U.S. House of Representatives.  He led two manufacturing businesses in Kansas, after graduating from Harvard Law School.

Pompeo graduated first in his class from the United States Military Academy at West Point in 1986, the same class as U.S. Representative Mark Green (R-TN-07) and Mark Esper, former Secretary of Defense under Trump.

Pompeo was the featured speaker Saturday at the Williamson County Republican Party event, “The Best is Yet to Come:  An Evening with Secretary Pompeo,” which was held at the Embassy Suites in Franklin, Tennessee.

Laura Baigert is a senior reporter at The Star News Network, where she covers stories for The Tennessee Star, The Georgia Star News, The Ohio Star and The Arizona Sun Times.