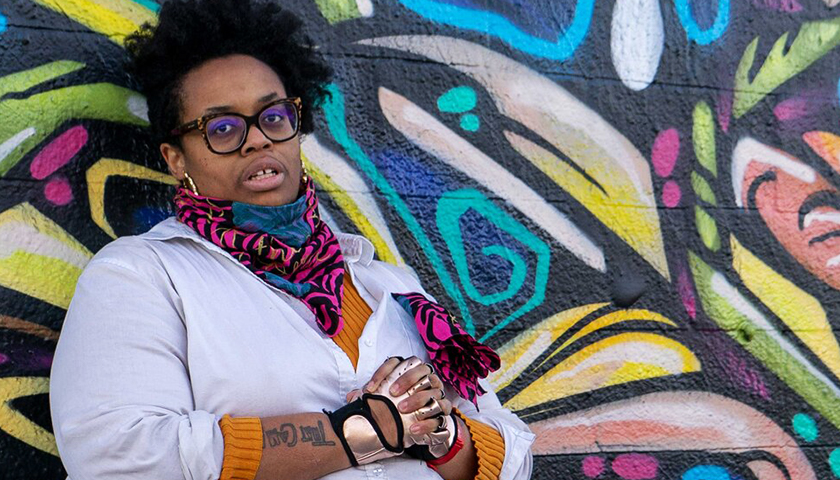 The Evergreen State College professor who was caught on camera screaming at her white colleagues has elected to resign, according to an internal announcement.

“I am writing to let you know that our faculty colleague Naima Lowe has elected to resign her position at the College,” Provost Jennifer Drake wrote Monday in an email to faculty and administrators, praising Lowe for her work teaching “feminist and queer theory, race, and decolonial studies.”

Lowe’s resignation follows those of Bret Weinstein and his wife, Heather Heying, both of whom stepped down in September after reaching a $500,000 settlement with the school related to its handling of volatile student protests that forced Weinstein to flee campus for his own safety.

The students were upset with Weinstein for sending a faculty-wide email questioning a recent decision to ask white people to leave campus for a day of diversity programming, which he distinguished from a group voluntarily absenting itself for the same purpose.

Lowe, a self-described “black queer artist” who taught art and filmmaking classes at Evergreen State, initially came under public scrutiny after she was filmed screaming at two white members of the school’s Equity Council in the wake of the Weinstein controversy.

During the confrontation, Lowe appears to be upset with the lack of diversity work her colleagues were engaged in, yelling that “the Equity Council handed you a way to do this easily” in front of a small crowd that had gathered.

“You are now these motherf***ers that we’re pushing against. You can’t see your way out of your own ass,” Lowe goes on to tell her colleagues, adding that the student protesters “are literally asking for the same s**t students have been asking for since the 70’s.”

In another video from 2015, which surfaced amidst the recent turmoil at Evergreen, Lowe can be heard condemning white gays and the white middle class at the Capital City Pride festival in Olympia, Washington.

“White supremacy…lives and breathes within every single white person standing here right now. I refuse to shut my mouth and let white people set this agenda,” she yelled, claiming that “the white gays, the white middle class assimilationist motherf***ing gays, took over the [gay] movement with their assimilationist goals.”

Lowe had also been threatening to sue Evergreen State as recently as November, according to a state document obtained by Campus Reform.

The status of the litigation threat is unclear, as it was not mentioned in the school’s internal announcement, but Crosscut reports that Lowe’s departure is a condition of a $240,000 settlement with the school.

Campus Reform reached out to both Lowe and Evergreen State University for comment, but did not receive a response from either.

Toni Airaksinen is a freelance Title IX and law reporter. Her reporting has been cited by numerous media including PBS Newshour, The Washington Post, The Washington Examiner, The Drudge Report, Fox News, The New York Post, The Daily Wire, REASON, and more. Over the past five years she’s written no less than 3,200 exclusive news stories. She is a contributor to Campus Reform.
Photo “Naima Loew” by Naima Lowe.