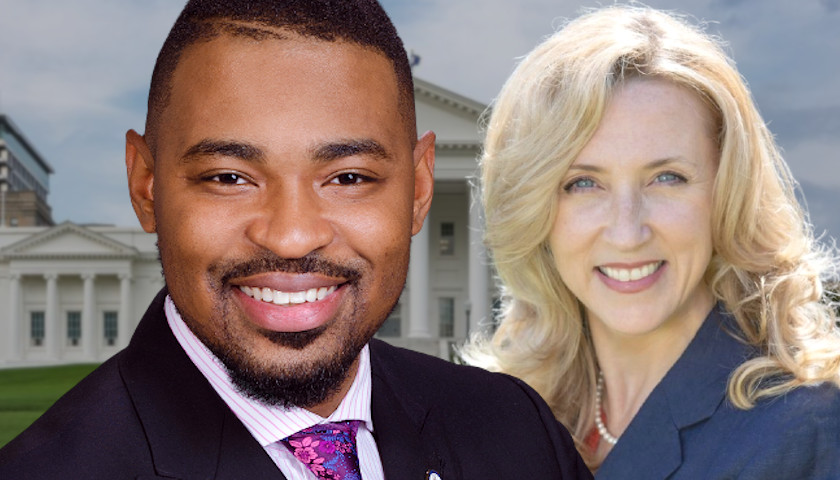 As the campaigns for the House of Delegates heat up this summer, the bedroom communities of Stafford County and City of Fredericksburg proves to be one of the hottest races in Virginia. As a seat won by President Trump in 2016 and the former Republican stronghold of the Speaker of the House is currently being represented by a progressive Democrat. Delegate Joshua Cole (D-Stafford) is in his first term and is facing a challenge from Republican Tara Durant. Republicans across the Commonwealth are eager to gain back this seat on the banks of the Rappahannock, while Democrats work to hold the line for the Democratic majority.

For 30 years, Delegate William “Bill” Howell commanded this district with an iron fist, rising the GOP ranks to become the second Republican Speaker of the Virginia House of Delegates since Reconstruction. The Speaker was not deterred by challenges by the left or the right. When his mentee, Supervisor Susan Stimpson, betrayed him to primary him in 2015, the Speaker dispatched his best operatives to dispose of her campaign. A young Jimmy Keady, now a storied Richmond-based Republican consultant, led the charge as political director.

Keady, the affable hatchet man-for-hire who would rather live like a Republican version of Jimmy Buffett than work in politics, started a “WE KNOW BILL” campaign across the 28th District. Activists, Community Leaders, Elected Officials, and everyday supporters circled their wagons around Speaker Howell and his beloved wife Cessie, telling their stories about what Speaker Howell had done to help their lives. “We Know Bill” worked swimmingly, crushing the insurgency of Susan Stimpson. Her political career to take the seat after Howell retired was obliterated, and a second attempt at the seat did not come to fruition.

In 2017, Speaker Howell chose to retire. The primary to retain his seat was fiercely competitive, between Supervisors Paul Milde, Bob Thomas, and Stimpson. Thomas emerged victorious yet bruised for the general. Thomas defeated his Democratic opponent, a young African American minister named Joshua Cole, by less than 100 votes.

Delegate Thomas angered the conservative base of the Republican Party and supported Medicaid Expansion in the Commonwealth of Virginia. Thomas was primaried again and this time, Milde had an issue to campaign upon. Milde won the primary but was then defeated by Joshua Cole in his second attempt to take the seat.

Delegate Joshua Cole is in his first term in the Virginia House of Delegates. Cole is a Fredericksburg-area native and was appointed a page in the Virginia House of Delegates by his predecessor Speaker Howell. Cole at one point attended Liberty University but did not finish his degree. Cole then went on to become an associate pastor at Union Belle Baptist Church. Cole is involved in many community organizations and is the former president of the Stafford County NAACP.

Delegate Cole went on to pass legislation such as automatic voter registration at the time of DMV license update and renaming the Jefferson Davis Highway to Emancipation Highway. According to the Virginia Public Access Project, Delegate Cole votes with Speaker Eileen Filler-Corn and the Democratic caucus 90% of the time. Cole currently sits on the Agriculture, Chesapeake Bay, and Natural Resources, House Education, and House Public Safety Committee (which was referred to as Militia, Police, and Public Safety prior to the Democratic takeover of Mr. Jefferson’s Capital). According to liberal advocacy group Sister District, Delegate Cole supported the Equal Rights Amendment, raising the minimum wage to 15 dollars an hour, and wants to remove work requirements for Medicaid.

The Virginia Star reached out to Delegate Cole’s campaign via email, his campaign did not respond for comment by press time.

Tara Durant is a teacher, a Marine Corps wife, and a breast cancer survivor who lives in the 28th District. She is originally from the midwest but chose to make her home in Stafford County, Virginia after her husband’s military service.

One afternoon last summer, Durant took her daughter to downtown Fredericksburg to run errands. Mom and daughter, like many in cities across America in the summer of 2020, were caught in the middle of protests over the death of George Floyd. However, Durant was almost hurt in a horrific run-in with protestors.

The Marine Corps mom was stopped by the protestors as they surrounded her car. As any American would do, she called the police. Durant began to beg the police department to help her as protestors jumped on top of her car. The police told her simply, there was no one to help her:

We suggest that you report this to city hall and make a complaint there, and that way they can do something about it because right now they told our officers that we can’t do anything about it,” said the dispatch officer according to the 911 audio file provided by Fredericksburg police.

There were also progressive liberal protestors in the crowd who detract from Mrs. Durant, making her look to be in the wrong. Emily Jayne, a leftist filmmaker who was at the scene when someone jumped on the car, joined in protests because she was, “sheltered by her whiteness.” Jayne goes on to downplay protestors blocking traffic and intimidating Mrs. Durant. Jayne even goes so far as to act like nothing was wrong with protestors jumping on cars.

I was protesting when the 911 call occurred. I witnessed the scene. I am the “violent mob.” He’s talking about me. And as a white person in the group whose life is somewhat sheltered by that whiteness, I have a responsibility to my fellow protestors, and our Black leaders, to set the record straight.

This is what a group of about 30 were doing when Tara Durant drove down a one-way street and came upon the demonstration. Rather than be inconvenienced for a few minutes, she attempted to push through the protestors with her car.

The group did what we always do in this situation and formed a three or four person line in front of the vehicle to protect those marching. Tara Durant called 911. Tucker conveniently ignores the first portion of the call, where she states her plan to drive forward.

A few minutes into her call, a young boy, who had been watching from a side street and was not involved with the protests, jumped on her hood. We told him to get down and Tara Durant left the area, unharmed, and with zero property damage. One of our leaders confronted the “jumper,” and spoke to him at length as to why his behavior was unsafe and not tolerated by us. He listened quietly, looking embarrassed at the whole occurrence. We all moved on. Then the 911 call was made public.

The Virginia Star interviewed Durant after a full day of campaigning at the doors and a rally with the Republican nominee for Governor Glenn Youngkin. Durant, when asked about the run-in with protestors, said that her life would never be the same again. “It’s something that you can never walk back away from, and I certainly haven’t. I refused to accept this.”

In interviewing Durant about that day, there is pain. The tone of voice changes, there is a catch in her throat. She speaks of the trauma for her child in a way that only a mother could. Durant doesn’t address her pain, she’s more worried about that of her child. However, through the pain, a determination to change emerges. The defiant tone in her voice, not out of arrogance, but out of love for her Commonwealth and her family, shows a determination to help her community.

In the days and months after the attack, the mother of three says she could not get a response from her elected officials during this time and that she became frustrated with the “leaders” in her community. In an interview with The Family Foundation, Durant talks about drawing near to her faith and working through the counseling process with her daughter.

As a mother, she says that education is at the forefront of what she wants to accomplish. Durant has a law degree and then made a career change to become a teacher. She speaks of the gap in education due to the COVID-19 pandemic by saying:

Those kids didn’t lose just one year, they lost two academic years. We are not having conversations in the Commonwealth about bridging those gaps.

People who do not have children are telling us this issue is the most important issue in Virginia. They have concerns about curriculum and the learning gap.

I refuse to allow them to be a forgotten generation. I just refuse. When you are a parent, you will leverage everything when it comes to your children. (emphasis added)

She speaks with excitement about the last 100 days of campaigning, saying that she draws her strength from meeting her fellow Virginians. “It’s a good day when I get to go out and connect with people,” adds Durant. As someone who was not born here but chose to be here, she loves the Commonwealth. “We have everything you could ever want. This is a phenomenal place to raise your family. I have told my kids over and over again, they are so lucky. I am so proud this is the place where they grew up. And it’s absolutely worth fighting for.”

Durant has her work cut out for her in the fundraising category, but numbers look favorable to her in the district. Cole leads with a sizable advantage in fundraising. However, this is a fiercely competitive district. President Trump won Stafford County by more than 6,000 votes in 2016 and only lost Stafford by less than 3000 votes in 2020. In 2017, Governor Northam only won this district by less than 700. This district tied at 50% in the 2017 Lieutenant Governor’s race between State Senator Jill Holtzman Vogel (R-Middleburg) and Justin Fairfax, with Fairfax only winning the district by 70 votes.

Republican sources say this will be one of the most contested districts in the Commonwealth due to the narrow margins of victory year to year. Republicans believe the numbers are on their side and national headwinds will assist them in gaining back Mr. Jefferson’s Capitol Square.

Early voting begins on September 18th in the Commonwealth, while Election Day will be held on November 2nd.