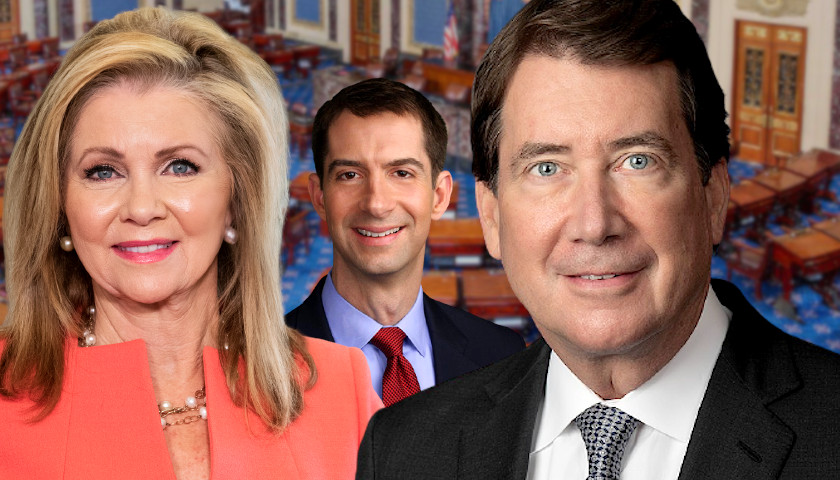 Per a 1995 Clinton-era policy, U.S. labeling regulations used to require that products manufactured in Judea and Samaria be labeled as “Made in West Bank.” President Barack Obama republished these regulations, all the while treating products made in this territory as “articles of Israel.”

Late in the Trump administration, Secretary of State Mike Pompeo announced a directive that all such products would be labeled as “made in Israel,” within whose borders those territories currently lie.

Blackburn and Hagerty celebrated the Trump-era change and said action is needed to ensure President Joe Biden is not persuaded by proponents of the “Boycott, Divestment and Sanctions” (BDS) movement to rescind this policy.

“Tennesseans are proud to stand with Israel,” Blackburn said in a statement. “We must not allow the Biden administration to roll back existing policy and allow the singling out and discrimination against products made in Israel.”

The senators asserted that anti-Semitism has motivated many BDS advocates, most of whom haven’t expressed comparable outrage regarding territorial “occupations” elsewhere in the world.

“The antisemitic BDS movement is engaged in discriminatory economic warfare targeting the Jewish state of Israel…,” Hagerty said. “Last year, President Trump dealt a serious blow to the BDS movement when he ended the U.S. government’s discriminatory treatment of Israeli goods produced in Judea and Samaria, and required these imported goods to be labeled as ‘Made in Israel.’ I’m proud to support Senator Cotton’s important legislation to counter efforts by the BDS movement and its anti-Israel supporters to pressure the Biden administration into reversing President Trump’s pro-Israel policy change.”