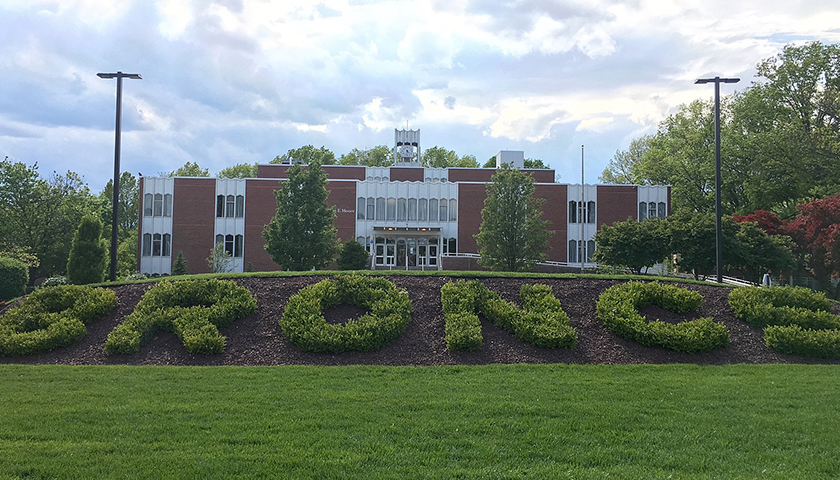 Rider University is promoting a book in their online library that, according to the publication description, “Argues that homophobia will not be eradicated in the United States until religion is ended.”

“Slouching Towards Gaytheism: Christianity and Queer Survival in America,” written by W.C. Harris, a professor at Shippensburg University in Pennsylvania, can be found in Rider’s library research guide for “Christian and Religious Privilege.”

The “Christian and Religious Privilege” guide is a subcategory of Rider’s “Privilege and Intersectionality” web page.

The book summary on Rider’s library website states, “Slouching towards Gaytheism brings together two intellectual traditions—the New Atheism and queer theory—and moves beyond them to offer a new voice for gay Americans and atheists alike.”

According to the summary, Harris also argues that “attempts by liberal Christians to reconcile religion with homosexuality” are “either inadequate or positively dangerous.”

It continues, “According to the author, the time has come for ‘gaytheism’: leaving religion behind in order to preserve queer dignity, rights, and lives.”

Grace Rykaczewski, secretary for Rider’s TPUSA Chapter, told Campus Reform that she was “shocked to see the blatantly anti-Christian books that Rider is currently promoting on their website.”

“These books don’t just disagree with Christianity, they are a full-blown attack on Christian and religious Americans, calling for the abolition of all religion,” Rykaczewski said. “This is a far cry from the ‘coexist’ bumper stickers… Possibly the worst part is that parents aren’t even aware they are paying 60k a year for their child to be taught this absolute nonsense.”

“Slouching Towards Gaytheism” isn’t the only leftist book that the “Privilege and Intersectionality” resource suggests to students.

But this isn’t the only questionable book Rider is promoting to their students. Aside from this book calling for the eradication of religion in America, they promote “White Christian Privilege: The Illusion of Religious Equality in America,” by Khyati Y. Joshi, which examines “the ways Christian privilege in the United States has always been entangled with notions of White supremacy.”

“Through the voices of Christians and religious minorities, Joshi explores how Christian privilege and White racial norms affect the lives of all Americans, often in subtle ways that society overlooks,” the summary also states.

Jacob Lee, vice president of Rider’s TPUSA chapter, said that, “As a Christian and a student at Rider University, I am extremely disappointed in the University’s decision to support books like this. It is a flat out insult to the entire Christian community.”

“No school that claims to be higher education should ever support literature that attacks any religious group in any way,” Lee continued. “I guess their definition of inclusion is only applicable to certain groups.”

Campus Reform reached out to W.C. Harris, Khyati Y. Joshi, and Rider University’s dean of students; this article will be updated accordingly.

Peter Cordi is a New Jersey Campus Correspondent, reporting on liberal bias and abuse for Campus Reform. He is a senior at Rutgers University, where he studies Political Science.
Photo “Rider University” by David Keddie CC BY-SA 4.0.