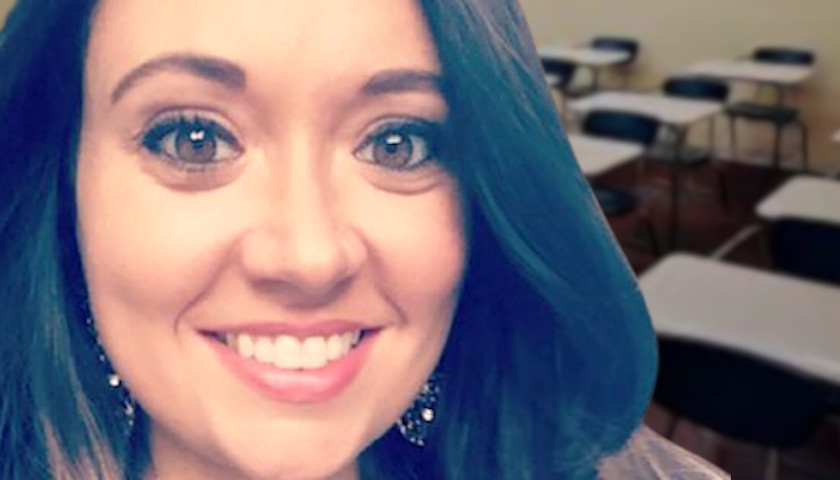 A Cobb County school counselor who advocates for Critical Race Theory (CRT) and intersectionality has resigned from her job.

That woman, Jennifer Susko, said the school district’s ban on anti-racism curricula prompted her to leave. Susko announced her intentions this week.

“As is the case with all contracted employees, HR is completing the formal process, and she is expected to continue her job responsibilities until a highly qualified replacement can be hired,” Kiel said.

“Cobb teachers are back in classrooms this week, and we are focused on teaching and learning as students return on August 2.”

Tuesday’s Cobb County Courier published Susko’s resignation letter. In it, she said the school district had too much racism and “race-based trauma” taking place within it. Susko also accused CCSD officials of mistreating black families.

“When the bombardment of contempt from the misled and uninformed occurs toward those particular efforts this year, I hope you will stand strong for students and faculty. Presently, the reactionary and cowardly approach of deploying your executive cabinet to schools to dismantle any effort causing white people discomfort underscores the weight of pressure from a minority group of uninformed people who erroneously believe they get to speak on behalf of all Cobb families. The quintessential call for leadership is the willingness to withstand pressure and still be bold enough to do what is in the best interest of every single student,” Susko wrote.

“Though I am heartbroken to leave my students who I love dearly and my colleagues, I know I cannot do my job as a school counselor ethically under the current style of leadership which thwarts research and expertise on racism and its effects on mental health. To ensure that I do not cause harm to Black students in my work as a white counselor, it is vital that I study scholarly literature and theory to understand the history of racism and its specific impact on individuals and families over generations. No white mental health professional should be working with BIPOC [Black, Indigenous, and Other People of Color] students without understanding race-based trauma. Failing to navigate this cross-cultural counseling relationship adeptly can cause minoritized students harm. Since the ban on CRT conflates many approaches and practices related to antiracism, Cobb County School District is asking me to violate my school counseling ethics by prohibiting that I prepare myself to be a culturally sustaining school counselor. My students come to me with race-based trauma and questions about their identity and experiences. The district is asking me to obfuscate history, ignore my commitment to educational justice and deny these students voice or validation. Paying homage to Nikole Hannah-Jones, I refuse.”

Hannah-Jones created the 1619 Project. According to Breitbart.com, the 1619 Project says, among other things, that American colonists fought the American Revolution partly to preserve slavery.

The website for A 2018 Teacher Self-Care Conference in Atlanta profiled Susko in a brief biography. According to that written account, Susko believes strongly in racial justice, advocacy, activism, and “teaching social emotional learning skills and enhancing literacy through the use of children’s books by authors of color.”

Susko, in her resignation letter, said this is not the last that CCSD officials will see of her.

“As a post 6 resident (and taxpayer!) who is no longer constrained by the suppression and censorship inflicted on employees, I will speak out even more candidly against racism in schools, campaign to flip folks out of school board seats who do not deserve to be there and organize with Black and brown families as long as they ask me to in their efforts to be heard,” Susko wrote.