Tucker Carlson Harassed While Shopping with His Family 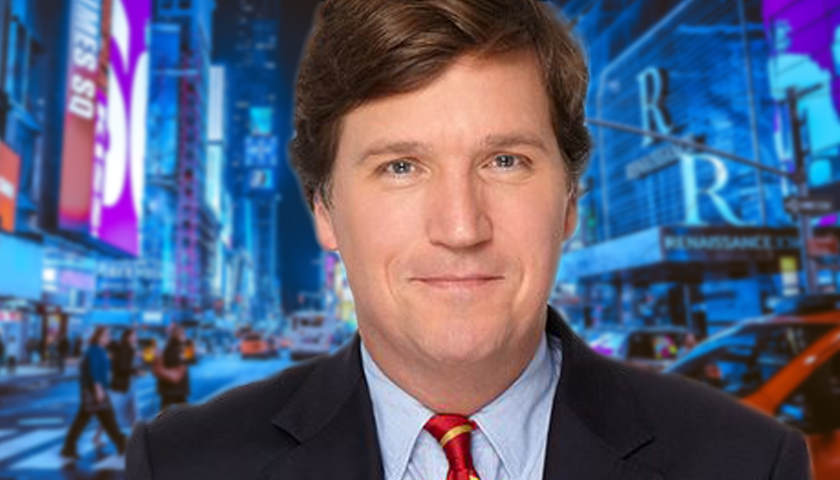 Evidenced by a recent viral video, a Montana man harassed and continuously disparaged Tucker Carlson, while the popular Fox News host was shopping with his family.

Dan Bailey, the man who repeatedly hurled insults towards Carlson, approached the family and stood close to Carlson, calling him the “worst human being known to man.”

A fly fishing guide just confronted @TuckerCarlson to his face, telling him, “You are the worst human being known to mankind. I want you to know that!” Let’s make this go VIRAL! pic.twitter.com/T98wD8Kp9I

In the video, the television host attempts to politely stop talking to the man and continue to move through the store. However, Bailey continued to pursue Carlson and his family. At one point, Bailey accuses him of killing people with vaccine “misinformation” and supporting “extreme racism.” He continued to tell Carlson that he “did not care” that Carlson’s daughter was present.

Even after the verbal assault, the Montana resident seemed proud of his endeavor. When posting the video to his Instagram account, Bailey unapologetically said, “It’s not everyday you get to tell someone they are the worst person in the world and really mean it!”

While some left-wing proponents praised Bailey for his actions, many people took to social media to defend Carlson and condemn the act of harassment.

“If you think accosting a public figure while they’re shopping for fishing gear with their family on vacation is somehow accomplishing something or changing anyone’s hearts or minds—you’re a hypocrite and have totally lost the plot,” said Meghan McCain, daughter of late Arizona Senator John McCain.

If you think accosting a public figure while they’re shopping for fishing gear with their family on vacation is somehow accomplishing something or changing anyone’s hearts or minds – you’re a hypocrite and have totally lost the plot.

Further, the store where the incident occurred attempted to distance themselves from Bailey — who coincidentally shared the same name as the title of the store.

“To be clear, we treat every customer equally and respectfully. Our staff was professional and cordial to Mr. Carlson, as we are with all of our customers,” the store said.

Additionally, Fox News released a statement defending their employee. “Ambushing Tucker Carlson while he is in a store with his family is totally inexcusable — no public figure should be accosted regardless of their political persuasion or beliefs simply due to the intolerance of another point of view,” the group said.