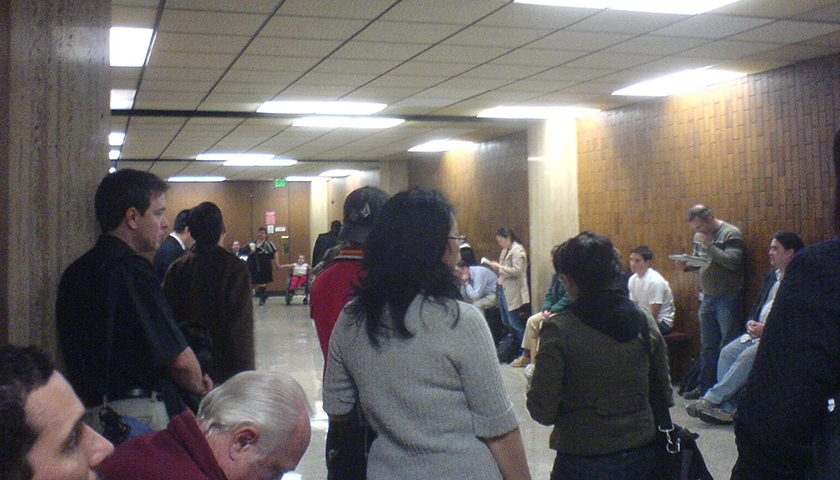 Wiggins, who has been in jail in Robertson County prior to his transfer to Knoxville for trial, is alleged to have shot to death, and subsequently incinerated, Dickson County Sergeant Daniel Baker on May 30, 2018. Baker had attempted to apprehend Wiggins after a call came in reporting a suspicious vehicle. The defendant now faces charges of first-degree murder and premeditated murder and could receive the death penalty if convicted. (A law expediting death-penalty appeals, the Sergeant Daniel Baker Act in honor of the deceased, was signed by Governor Bill Lee [R] in 2019.)

This trial has undergone considerable delay, having originally been scheduled to begin last November. The defense’s acquisition of psychological testing for Wiggins could not occur on schedule, owing to COVID-19 rules.

Pretrial deliberations between opposing counsels have already been highly contentious, most recently as defender Luke Evans made a motion last Friday to disqualify the state’s mental health expert.

Evans wanted prior notice of a specific date and time of any mental-health evaluation of his client before that interview could happen. He said he never received such notice from the state’s expert and argued that that compromised Wiggins’s ability to prepare for such an evaluation.

District 23 Attorney Ray Crouch countered that neither statute nor pertinent case law requires a specific date and time of a mental-health examination to be provided to a defendant’s counsel.

Wolfe agreed with the prosecutor, saying that case law regarding notice of mental health evaluations merely states that they should be scheduled “within a reasonable time to be determined by the court.” The judge then admonished Evans for failing to provide information on his client to the state mental-health expert as a delay tactic in violation of a court order.

Jury selection is expected to continue further into this week.

Bradley Vasoli is a reporter at The Tennessee Star and The Star News Network. Follow Brad on Twitter at @BVasoli. Email tips to [email protected].
Photo “jury selection” by Steve Bott CC BY 2.0.