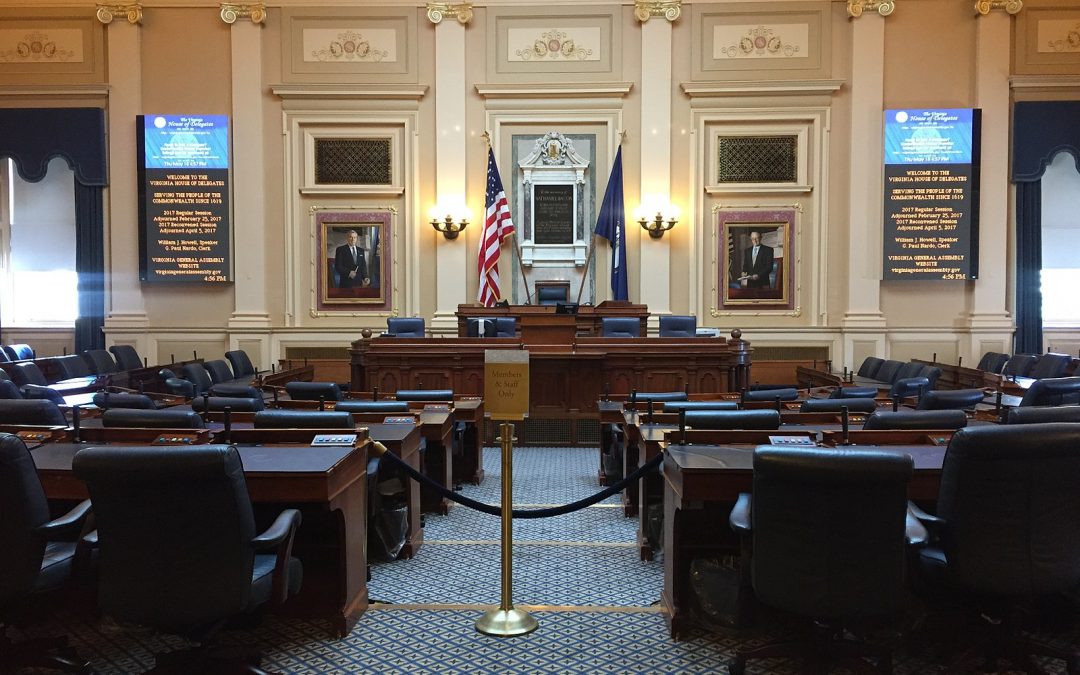 While national eyes are focused on the Virginia gubernatorial races, many Virginia political watchers are looking towards the Virginia House of Delegates’ races. There are many competitive races across the Commonwealth, from the crystal waters of Mountain Lake in Giles County, to the muddy James River in Richmond, to the hot I-66 pavement of Fairfax and Loudoun County, only one thing is for sure: The election season battle to see who will rule Mr. Jefferson’s Capitol Square is hotter than a July Saturday afternoon in Shockoe Bottom.

In a phone interview with The Virginia Star, former Virginia Delegate and political observer Chris Saxman, whilst smoking pork butt during his interview, wondered aloud, “Is the electorate more like 2015 or 2017? Why did Biden come to Arlington? Everything happens for a reason. It’s early and it’s why they try to jazz the bass. It’s going to be a close race at the top and bottom of the ticket.”

In House District 10, 32-year old Republican Nick Clemente is shattering fundraising records. In recent fundraising reports, Clemente is currently leading incumbent Delegate Wendy Gooditis in fundraising with an almost $200k+ advantage. Clemente, a former member of the Loudoun Planning commission and Leesburg resident, is currently keeping Democrats occupied with an aggressive campaign field program. This is a district that has trended blue in the past few years, but with Clemente’s aggressive fundraising, he is making Gooditis sweat it out in the late summer Loudoun County heat.

In between houses while knocking doors, Clemente told The Star, “Growing up, I didn’t learn to read until I was 12. I have had to prove people wrong my entire life, people have always counted me out, so I had to prove myself just to be a B student. My team has a belief in the power of positive thinking and the ability to prove themselves.”

Hurst currently has a fundraising advantage in a district that turned blue in the 2017 wave election for Governor Northam and Delegate Hurst. Perhaps best known for his opposition to gun rights, an awkward Tik Tok video in tight purple pants, and barely avoiding a DUI arrest in 2020 – seems to have his work cut out for him with Ballard.

For his part, Lieutenant Colonel Ballard – a Pearisburg Town Councilman, attorney, and JAG officer for the “NightStalkers” of the US Army – has proven to be a worthy opponent. Ballard is currently in the process of revamping his campaign, bringing in a new campaign team to help in the final months before Election Day.

In House District 27, Republican Delegate Roxanne Robinson (R-Chesterfield) holds a narrow fundraising lead on Democratic challenger Debra Gardner. Robinson, the longtime incumbent and affable optometrist, is used to running in a competitive district. Her last three elections have been within less than 3 points. Most Republican insiders say Robinson is perfectly fine and will win, but the Democrats continue to try to find a crack in Robinson’s foothold on her suburban Chesterfield County district.

In the exurban communities of Fredericksburg and Stafford County, the House District 28 matchup proves to be interesting. Multiple Republican sources confirm that this is an extremely close race. In the former stomping grounds of a young George Washington, Delegate Joshua Cole (D-Stafford) was able to take this House seat that was formerly held by former Speaker of the Virginia House of Delegates Bill Howell. The young minister ran for the first time in 2017, losing by less than 100 votes. Then he was elected in 2019, making issues such as climate change and social justice his legislative priorities.

Durant is a public school teacher and Marine wife who was inspired to run for office after a horrific run-in with rioters in 2020. Last summer, when riots broke out across Virginia in response to the death of George Floyd, Durant went to downtown Fredericksburg to run errands with her daughter. She was stopped and surrounded by protestors who intimidated and harassed her while her child was in her car. Durant called the police and was told no one would come to help her or her daughter as rioters accosted her and jumped on her vehicle. The Marine Corps wife and Breast Cancer survivor was told by 9-11 Dispatchers:

We suggest that you report this to city hall and make a complaint there, and that way they can do something about it because right now they told our officers that we can’t do anything about it,” said the dispatch officer according to the 911 audio file provided by Fredericksburg police.”

This recording of the 9-11 call was featured on Tucker Carlson Tonight.

The district is one that President Trump had carried in 2016. Durant lags in fundraising, however, according to sources has been campaigning strong and is within striking distance of retiring Delegate Cole.

In House District 40, Democrat incumbent Delegate Dan Helmer (D-Fairfax) is receiving a significant challenge from Republican Harold Pyon. The Republican challenger is a prominent member of the Korean-American community in Fairfax County (his website is in English and Korean) and works at the US Patent and Trademark Office. While Helmer holds a significant fundraising advantage, Pyon continues to hustle.

Even Democratic commentator Ben Tribbett of NotLarrySabato says this race is in play, saying recently on the CNalysis podcast that this race is competitive. The Democratic prognosticator spoke of Pyon’s strength in the Korean community and how his community connections could outweigh Helmer’s fundraising prowess.

House District 68 has Democratic incumbent Dawn Adams running against Republican Mark Earley, Jr. This district contains part of Richmond City and part of Henrico County. Earley comes from a familiar name in GOP circles, his father was Attorney General and 2001 Republican nominee for Governor Mark Earley Sr. Based on conversations with Richmond political operatives, the younger Earley lags in fundraising but is running an energetic campaign.

Earley Jr. texted a statement as he was knocking doors:

“Every day we are out listening and talking with voters.  People are concerned about inflation and jobs, rising crime, and getting their kids back in school.  The most important thing a legislator can do is listen to constituents, and that’s what’s missing right now.”

The Virginia Beach-based House District 83 is providing political theatre that many in Virginia didn’t predict. Republican Tim Anderson upset former Delegate Chris Stolle in the June primary, denying the former House member a re-match with incumbent Delegate Nancy Guy. In a swing district, Guy holds a significant lead in fundraising.  Anderson, the political firebrand attorney, has made a name for himself in Virginia politics by being outspoken on issues such as gun rights, the right to life, and the recall of Senator Louise Lucas (D-Portsmouth).

The sleeper race this cycle is House District 93. Incumbent Democrat Delegate Mike Mullin (D-Newport News) is being challenged by Republican Jordan Gray. Gray is a young teacher in the Newport News area who comes from humble roots in Greene County. He has been running a spirited challenge against incumbent Mullin. While Mullin holds a significant advantage against Gray in fundraising, Gray is working harder than many challengers in Virginia. Also, many in the GOP have felt that they lost this race because the House Caucus ran a retread candidate three times in a row in previous elections.

Early voting begins on September 18th in the Commonwealth, while Election Day will be held on November 2nd.

Matt Colt Hall is a reporter for The Virginia Star and the Star News Network. Follow Matt on Twitter at @MattColtHall on Twitter. Send tips to [email protected]
Photo “Virginia House of Delegates” by Antony-22 (CC BY-SA 4.0).