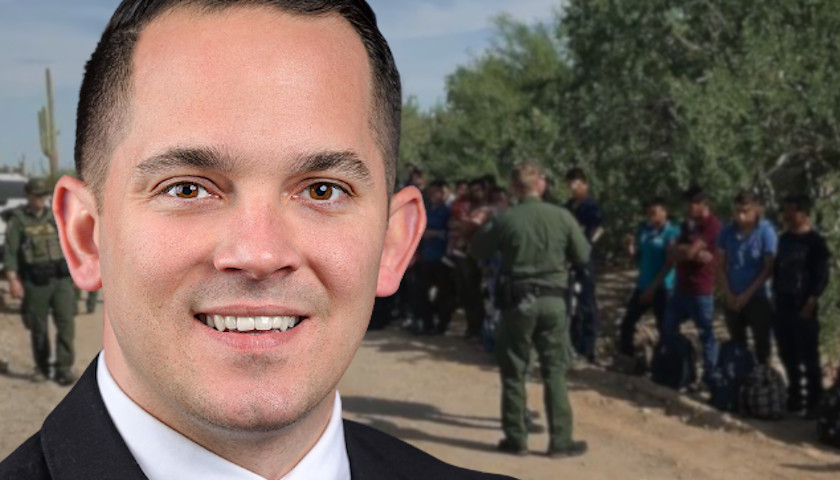 Florida State Representative Anthony Sabatini announced this week that he has filed a bill that will mandate the use of E-Verify by all public and private employers.

Sabatini tweeted, “JUST FILED my first Bill for the 2022 FL Legislative Session. HB 6001 will mandate the use of E-Verify in FL, requiring ALL workers prove that they are legal BEFORE they can work in our State. With 70% of all new illegals coming straight to Florida, we MUST pass this Bill!”

This is the fourth time that Sabatini has filed a bill related to E-Verify since he was elected to the Florida House in 2018.

E-Verify is a web-based system that allows enrolled employers to confirm the eligibility of their employees to work in the United States. E-Verify employers verify the identity and employment eligibility of newly hired employees by electronically matching information provided by employees on the Form I-9, Employment Eligibility Verification, against records available to the Social Security Administration (SSA) and the Department of Homeland Security (DHS).

E-Verify is a voluntary program. However, employers may also be required to participate in E-Verify if their states have legislation mandating the use of E-Verify.

Florida Governor Ron DeSantis pledged as a candidate in 2018 to mandate the use of E-Verify for all employers. The pledge was a controversial proposal and was opposed by immigrant advocacy groups and business groups with interests in agriculture, construction, and hospitality.

Governor DeSantis signed an E-verify bill that took effect in 2021, but the legislation was not as encompassing as his campaign pledge. While the measure expanded the use of E-Verify, the legislation did not require use of the system in hiring practices for all employers.

The bill required every Florida public employer, along with their private contractors and subcontractors, to enroll in and use the E-Verify system to confirm the eligibility of all employees hired after January 1, 2021. No public contract can be entered into without an E-Verify certificate.

For private employers, who do not contract with the state or receive state incentives, the law will require they use E-Verify, or alternatively use the Form I-9 and maintain copies of the documents used to complete the Form for three years.

Sabatini told Florida Politics, “The thing that passed in 2020 wasn’t just ‘watered down’ — it was entirely fake. This is the single most important bill that we can pass considering the fact that 70% of the new illegal immigrants are coming straight to Florida once they cross the border.”