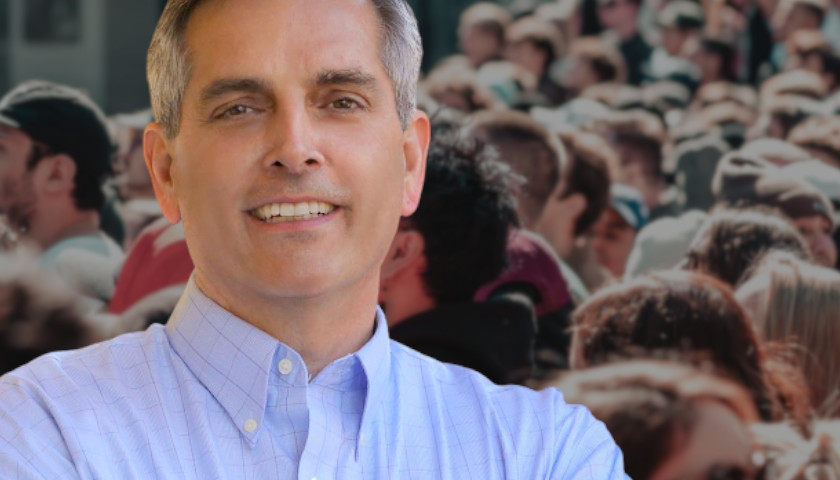 Just days after the Secretary of State’s office chief operation officer, Gabriel Sterling, brushed off concrete proof of illegal voting in the 2020 election, Secretary of State Brad Raffensperger (R) was met with protests in Bibb County.

GOP protestors in Bibb County held up signs and demanded a full forensic audit of the vote tallies in the Peach State as Raffensperger spoke to the Bibb County GOP, according to WMAZ.

“They were losing poll workers due to the COVID-19 scare,” protestor Dianne Vann reportedly said. “[Raffensperger] was responsible for saying nothing was wrong, nothing could be done with those machines and obviously, not telling the truth. I’m here.”

“Thousands of absentee ballots came in. I was a poll worker. Yes, I was present, but we couldn’t see anything!” he reportedly said.

“We’ve already done a hand count audit, a recount, and tabulated an election night. Our department is being attacked with untruths,” she responded.

Raffensperger, too, ignored the protestors’ complaints.

But earlier this week, his office brushed off proof that thousands of people voted illegally in Georgia.

As reported by The Georgia Star News:

After a voter data analyst named Mark Davis said thousands of Georgians voted in the wrong counties in 2020, based on data he requested from Secretary of State Brad Raffensperger’s office.

According to Davis, more than 10,000 votes could have been illegally cast this way.

Davis said that the number of illegal votes “literally could have called into doubt the election,” and that “I know it sounds like a technicality but it’s actually not it’s a whole lot of laws that were broken.”

Sterling had a different opinion on Davis’ data.

“The reality is these are normal, everyday Georgians who are just trying to exercise their right to vote in a very weird year,” he said.