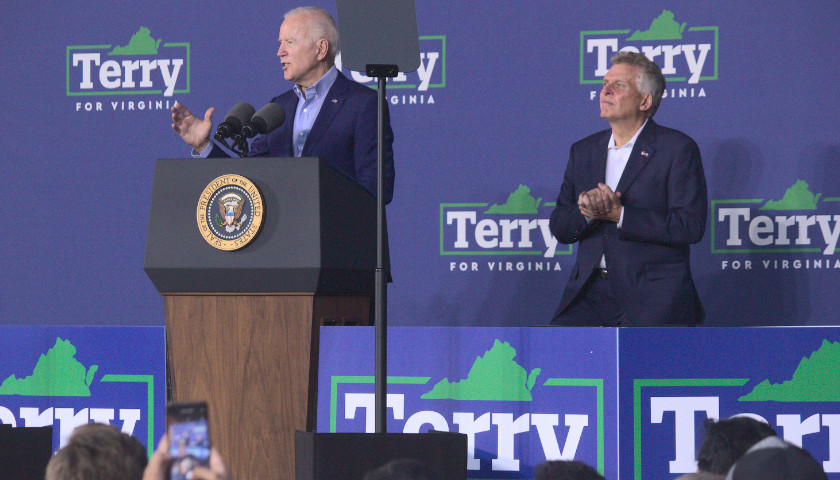 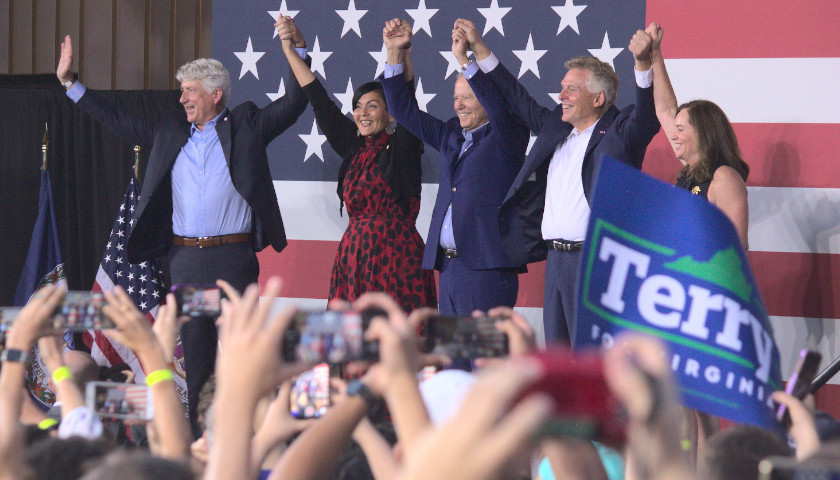 “Terry and I, we share a lot in common. I ran against Donald Trump, so is Terry,” Biden said to laughter and applause. “And I beat Donald Trump in Virginia and so will Terry.”

“Let’s start at the beginning of Glenn’s campaign. He launched his campaign on an election integrity plan which was based on Donald Trump’s conspiracy theory about the 2020 election. For five months, that was the only plan that he had on his website,” McAuliffe said.

In the beginning of his speech, Biden touted his and Northam’s progress on the pandemic, thanks to vaccines, and noted that even some more conservative Republicans have recently started telling supporters to get vaccinated.

Then, Biden was interrupted by a protester in the crowd shouting, “Stop Line Three,” an apparent reference to a proposed pipeline for crude oil running from Alberta, Canada, to Superior, Wisconsin. 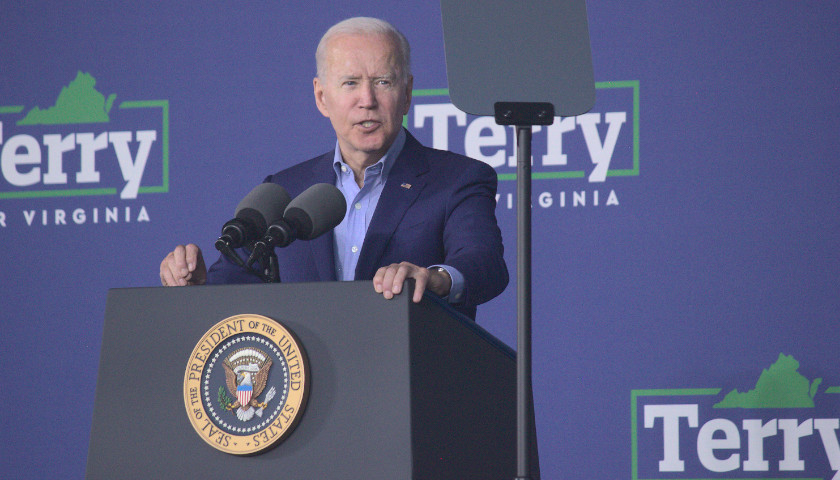 Biden continued his speech, highlighting many of McAuliffe’s proposals while making a pitch for infrastructure bills funded by closing IRS tax loopholes on the ultra-rich.

Campaign staff distributed “Keep Virginia Blue” signs. Biden emphasized the importance of the election, noting that the country was watching the outcome of the off-year election. Mentioning the January 6 U.S. Capitol riots, Biden described a messaging contrast Democrats needed to highlight versus Republicans.

“In this election and in 2022, the question the American people are going to be asking is whether or not we’re helping them and their families,” Biden said. “We have to show we do understand, and we’re delivering for them. And we’re keeping our promises. We just have to keep making the case just as the Republican Party today offers nothing but fear, lies and broken promises.”

Attendee Melissa Pollak lived within walking distance of the event. She told The Virginia Star that she voted for McAuliffe for his first term and was supporting him again, based in part on his pro-choice, pro-environment policies. She listed key qualifications for a presidential candidate: a good formal education, experience in elected office, intellectual curiosity, and respect for expertise, qualifications she said Trump lacked.

She said she didn’t know a lot about Youngkin. But she said, “Anybody that doesn’t dismiss Trump right away has deep black marks against him. I know it’s political and Trump has a base in Virginia, but you have to speak out. These people that don’t speak out, history will not treat them kindly.”

“On the one hand [Youngkin’s] got Trump mad at him if he doesn’t invite Trump to campaign with him, because those are Trump supporters. And on the other hand, he’s got a lot of Virginians who will just not have anything to do with [Trump.] So [Youngkin’s] in a difficult place,” Pollak said. 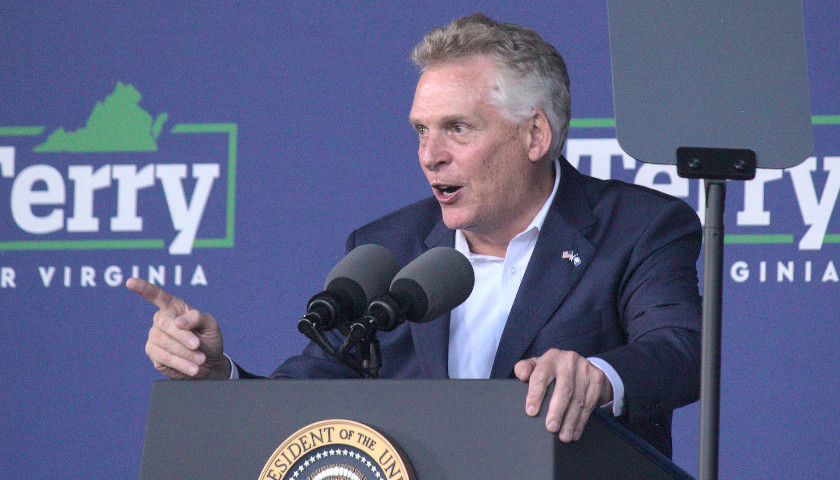 She expressed concern over Youngkin’s lack of clarity on his abortion stance and his refusal to participate in the Virginia Bar Association debate.

Before the event, Republicans framed Biden’s appearance at the event as a sign of desperation from McAuliffe.

“McAuliffe must be looking at grim poll numbers if he needs the president to campaign nearly four months from Election Day,” Republican Governors Association Spokesperson Maddie Anderson said in a press release.

A Republican Party of Virginia press release said, “It’s a pretty scary proposition when you need Joe Biden to build excitement among the Democratic base in July!”

Eric Burk is a reporter at The Virginia Star and the Star News Network.  Email tips to [email protected].
Photos by Eric Burk.