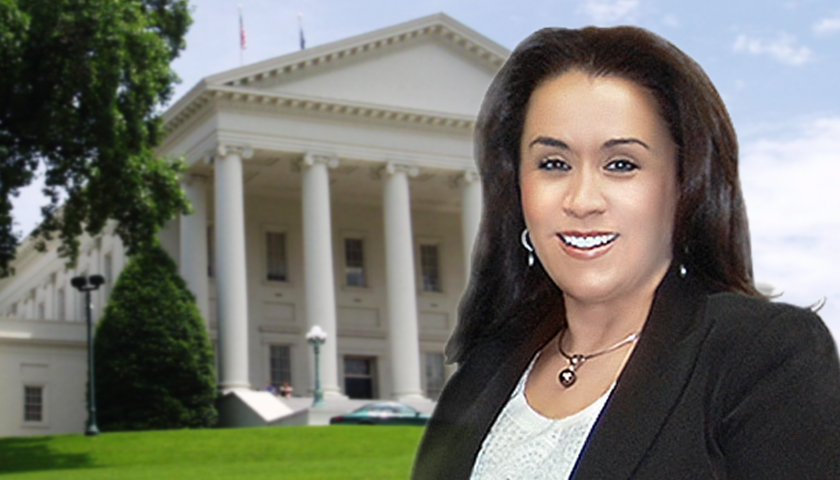 Made up of both state legislators and other appointees, the VRC is tasked with the redrawing of congressional and state legislative districts.

As Gilliam was selected from a list of Republican non-legislators submitted by Senate Minority Leader Tommy Norment (R-James City), VRC members replaced him with a nominee from the same list.

Trost-Thornton’s appointment followed a vote on Jeffrey Wayne Bolander of McGaheysville, another contender to fill the VRC vacancy. He failed to receive the required eight votes for approval.

All of the VRC’s Republicans voted in favor of Bolander’s nomination except for Jose A. Feliciano. Among Democrats, only Sean Kumar voted in favor. Abrenio and Simon abstained, with the rest voting in opposition.

No one spoke against Bolander’s qualifications, though VRC Co-Chair Greta J. Harris attributed her preference for Trost-Thornton to a desire to maximize “diversity” on the commission. (Trost-Thornton is Hispanic and Bolander is caucasian.)

And while both Trost-Thornton and Bolander live in western Virginia, Senator George Barker (D-Alexandria) said he believed the further southwest the new member resides, the better, given that he or she will be replacing a member from that region. Trost-Thornton was the southernmost of the two nominees.

Barker further said that, although Census data are not available to confirm this yet, parts of the state bordering North Carolina, Kentucky, and Tennessee are likely to see population losses relative to the rest of Virginia, costing those border areas legislative representation.

“We really have nobody on the commission from that stretch running down the 81 corridor,” McDougle said.

Senator Steve Newman (R-Forest), who spoke highly of both nominees, praised Trost-Thornton’s comportment and professional background as an attorney with a chemistry degree.

“She’s an extraordinary lady and I think you would be very impressed with her intellect and capabilities,” Senator Steve Newman (R-Forest) said. “Virginia brings a lot to the table.”

Bradley Vasoli is a reporter at the Virginia Star and The Star News Network. Follow Brad on Twitter at @BVasoli. Email tips to [email protected].