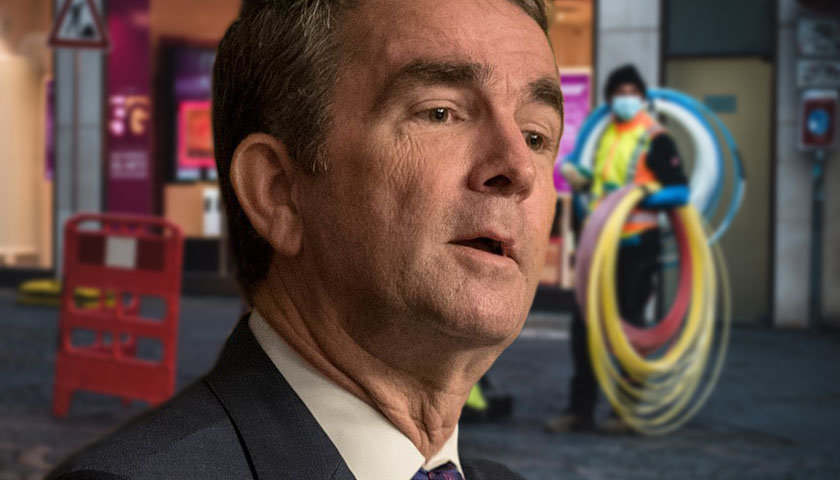 “It’s time to close the digital divide in our Commonwealth and treat internet service like the 21st century necessity that it is—not just a luxury for some, but an essential utility for all,” Northam said in a press release.

The ARPA funds will be allocated in a General Assembly special session scheduled to convene August 2. Democrats have already outlined a broad list of their priorities for the funds, and Northam is gradually rolling out more detailed spending proposals ahead of the session.

According to Northam’s press release, he had initially set a goal of 2028 for every Virginian to have broadband access. The $700 million would go to last-mile deployment efforts, accelerating that timeline to 2024, with most of the connections required to be completed in 18 months.

Northam made the announcement alongside other legislators in Abingdon in Southwest Virginia on Friday. Virtual learning during COVID-19 highlighted the importance of reliable internet for education, and both Republicans and Democrats have highlighted the need for improving rural broadband access for both education and work opportunities.

Warner has made multiple stops around Virginia advocating for officials to use ARPA funds to expand broadband access.

“With telehealth and telework becoming permanent staples across the nation, access to broadband is more critical than ever,” Warner said in the press release.

In a Facebook statement, Senator Todd Pillion (R-Washington) said, “This announcement to leverage $700 million in federal funding to expand broadband availability in unserved areas by 2024 is consistent with a funding priority I submitted last month to the Senate Finance Committee.”

“Broadband accessibility is education, economic development, job creation, convenience, and quality of life all wrapped up in one,” Pillion said. “It is a bipartisan issue that requires bipartisan solutions.”

Eric Burk is a reporter at The Virginia Star and the Star News Network.  Email tips to eburk@vastarnews.com.
Photo “Ralph Northam” by Mark Warner CC BY 2.0.