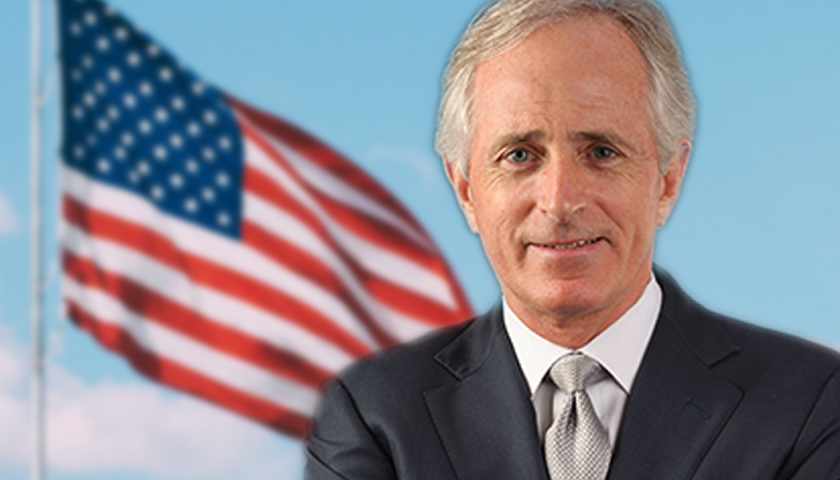 Former U.S. Republican Sen. Bob Corker this week granted an exclusive interview to The Atlantic, and he used the occasion to voice his differences with the Tea Party.

This, while the writer of the article, Emma Green, touted Corker as someone who called out the “racism” and “moral failings” of the Republican Party.

Green asked Corker if he knew in 2010 just how much the Tea Party would influence the GOP.

“I was unaligned with them because I was from Washington, and I didn’t say the red-meat things because I don’t believe them,” Corker said.

In April, Corker downplayed talk that he might run for United States president.

The former Tennessee senator also opined on whether and how his brand of Republican Party differs from what it is currently under former U.S. President Donald Trump.

Corker said at the time that the person who replaced him in Congress, U.S. Sen. Marsha Blackburn, “is a little bit more representative [of the Republican Party] than someone of my ilk.”

In 2019, Corker said the Republican and Democratic parties have changed too much by his standards.

“I was a Republican in the Senate for 12 years and we cared about fiscal issues, world leadership and free trade,” Corker told the Chattanooga Rotary Club,

“I look at the Republican Party now and we are isolationist, protectionist and care nothing about keeping these institutions that have kept the world safe in many ways.”

Corker, an avowed NeverTrumper, has also used his previous platform as chairman of the Senate Foreign Relations Committee to criticize Trump. He compared the former Republican president to a banana republic for removing former CIA Director John Brennan’s security clearance and other former officials’ clearances.”

Corker also said he longed for the way the Republican Party was before the Tea Party and before Trump. The former U.S. senator also likened Ann Coulter and the late Rush Limbaugh to tyrants, referencing their opinions on the U.S./Mexico border wall situation.