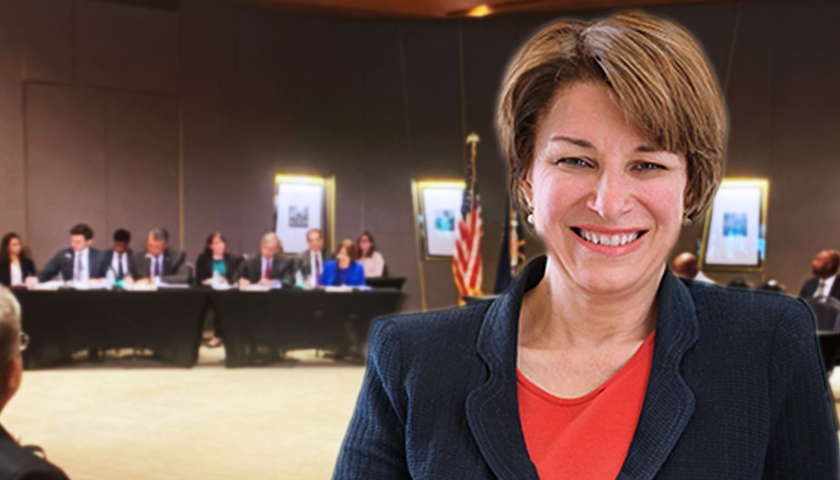 ATLANTA, Georgia —  U.S. Sen. Amy Klobuchar (D-MN) came to Atlanta Monday to bash Georgia’s Senate Bill 202, and she left believing she had uncovered “a smoking gun” that proved the law was a case of overreach.

That “smoking gun” was testimony from Georgia State Sen. Sally Harrell (D-Atlanta). But Harrell’s words were refuted by another state legislator — a Republican — when The Georgia Star News contacted that man Monday.

Klobuchar chairs the U.S. Senate’s Rules and Administration Committee. Only four Democrats who served on that committee, including U.S. Sen. Jon Ossoff (D-GA), showed up. Klobuchar held the hearing at the National Center for Civil and Human Rights. 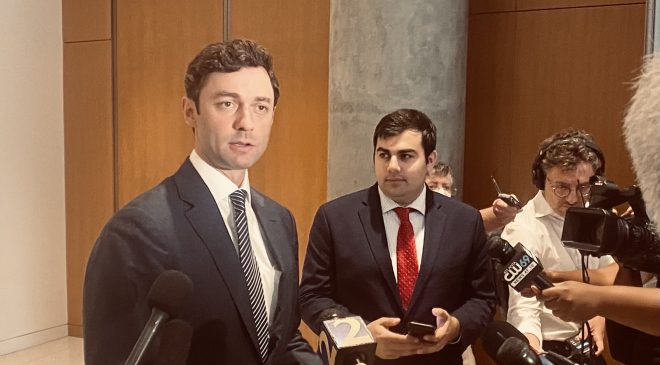 “No, I don’t. And we had a number of Republicans who stated that, in fact,” Harrell said.

“This was in February, and there was a lady who was testifying. She kept saying that we were only looking at election reform because of the fraud. I corrected her to tell her that we were not there because of fraud,” Powell said.

Powell said he was unaware of Harrell’s testimony when The Star News reached him by phone Monday.

“Miss Klobuchar [and others] are all guilty of saying whatever they want to to justify their means,” Powell said.

Monday’s hearing was the U.S. Senate Rules and Administration Committee’s first field hearing in more than 20 years, attending senators said. Those same U.S. senators pounced against SB 202 as an instrument deliberately created by Republicans to confuse black people at the voting booth. They also compared the law to the old Jim Crow policies.

Ossoff said last year’s presidential election in Georgia was a secure one, and he quoted Georgia Secretary of State Brad Raffensperger and Georgia Lt. Gov. Geoff Duncan — both Republicans — to defend his position.

U.S. Sen. Raphael Warnock (D-GA) also spoke against SB 202 and said it was the brainchild of “craven politicians.”

“What we are seeing in Georgia is [an effort] to deny certain people the right to vote heard in our democracy,” Warnock said.

“Some people don’t want some people to vote, so they’re trying to deny access to the ballot, to set up hurdles that voters have to cross as if voting is a privilege and not a right.” 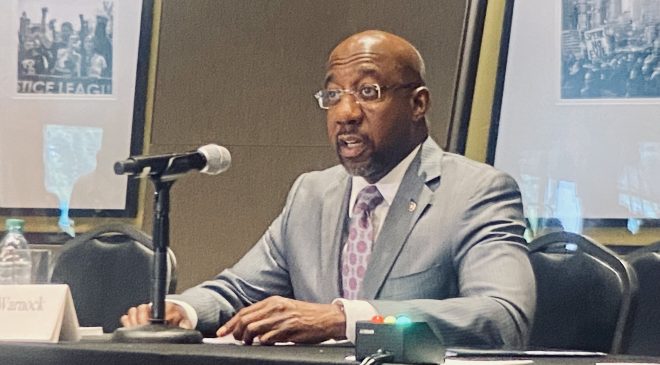 Georgia State Rep. Billy Mitchell (D-Stone Mountain) told committee members the country “is facing the most significant test of our democracy since the Civil War” with this and voting reform measures in other states.

“These proposals sweeping the nation have been provided by such groups as the Heritage Foundation and others,” Mitchell said.

The Heritage Foundation, according to its website, advocates for individual liberty, limited government, free enterprise, traditional American values, and a strong national defense.

On Monday, members of the group Greater Georgia said the hearing was a means for Democrats to push for a federal takeover of elections. They described the hearing as “political theater.”

SB 202 requires, among other things, voter ID on all absentee ballots and increased oversight of local election boards that fail to follow state election law.

At the time Georgia Gov. Brian Kemp blasted the MLB and said “Georgians – and all Americans – should fully understand what the MLB’s knee-jerk decision means: cancel culture and woke political activists are coming for every aspect of your life, sports included. If the left doesn’t agree with you, facts and the truth do not matter,” Kemp said on his Facebook page at the time. 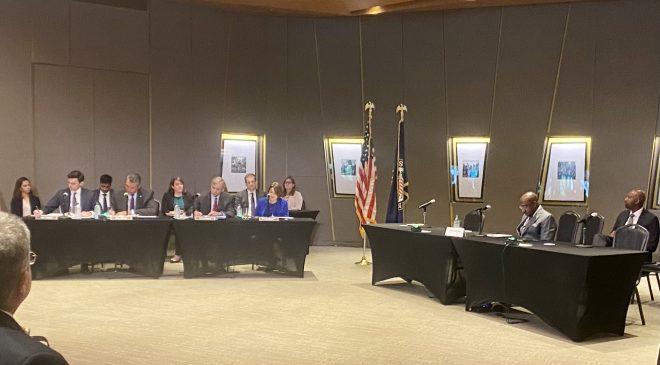 “This attack on our state is the direct result of repeated lies from Joe Biden and Stacey Abrams about a bill that expands access to the ballot box and ensures the integrity of our elections. I will not back down. Georgians will not be bullied. We will continue to stand up for secure, accessible, fair elections.