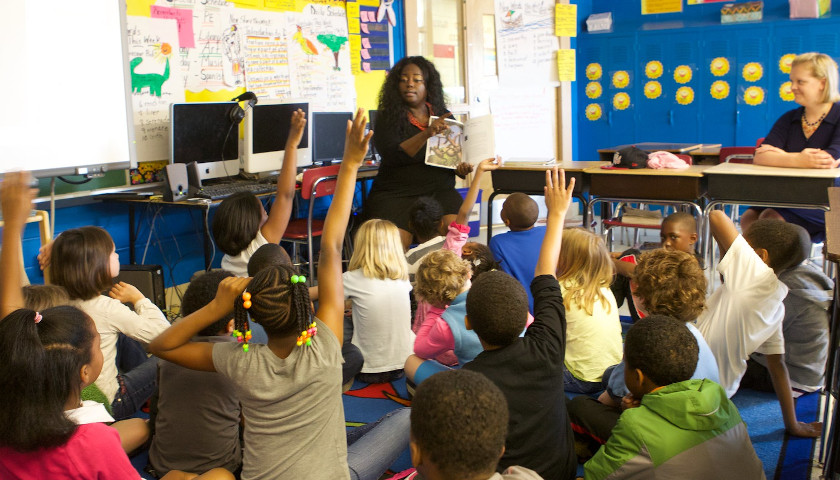 After The Tennessee Star reported on a petition signed by teachers nationwide who vowed to teach Critical Race Theory even if it was outlawed in their respective states, the nonprofit that circulated the petition appears to have pulled it offline.

“Lawmakers in at least 21 states are attempting to pass legislation that would require teachers to lie to students about the role of racism, sexism, heterosexism, and oppression throughout U.S. history,” a Zinn Education Project’s petition said.

The petition explained why it was important for teachers to continue teaching Critical Race Theory:

“From police violence, to the prison system, to the wealth gap, to maternal mortality rates, to housing, to education and beyond, the major institutions and systems of our country are deeply infected with anti-Blackness and its intersection with other forms of oppression. To not acknowledge this and help students understand the roots of U.S. racism is to deceive them — not educate them. This history helps students understand the roots of inequality today and gives them the tools to shape a just future. It is not just a history of oppression, but also a history of how people have organized and created coalitions across race, class, and gender.”

“Note: This is a PUBLIC pledge. We will display the name, city/state, and response to the question about why you are signing the pledge,” the petition said.

But now that petition, which was live as late as Wednesday morning, leads to a dead webpage and a 404 error that says “This document has been deleted.”

The Star News Network published two more stories, one in The Ohio Star and another in The Florida Capital Star about teachers in those states who signed the petition. Critical Race Theory has been banned from classrooms in both Ohio and Florida.

According to Deborah Menkart of The Zinn Education Project, the group has not pulled the petition offline, but rather is having technical difficulties displaying the names of teachers who have signed it.

“The Action Network program does not auto display the names, so we had paid to have a WordPress plug in made for another pledge a couple of years ago and we used that same plug in for this pledge to display the names and pledges. It is temporarily not displaying the names because something created a glitch with that plug in,” Menkart said in an email. “We have asked the company who built it for us to fix it and as soon as they do, the names will display again. We were getting a lot of spam type entries (including a lot of hate speech), so it could be that caused the problem. I have asked the web company to let us know when they fix it.”

Menkart said they are manually updating a different page to display the signatories’ names. That page is dated June 20, 2021.

“Note we have a small team and some of us are also running a teacher summer institute, so time is limited,” she said.