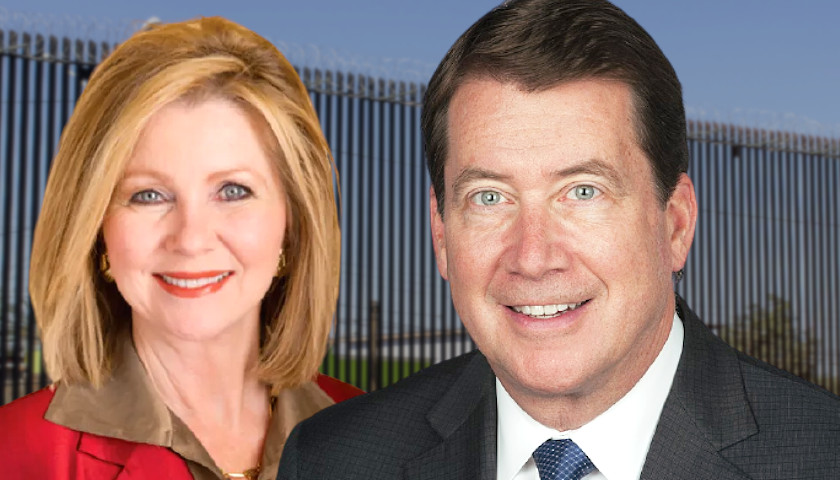 Senators Marsha Blackburn (R-TN) and Bill Hagerty (R-TN) introduced a bill on Tuesday that would limit President Joe Biden’s ability to roll back current border restrictions put in place to curb the spread of COVID-19.

The legislation, known as the SHIELD Act, strengthens Title 42, which was put into place by former President Donald Trump in an effort to limit the coronavirus over the course of the pandemic

Reports have surfaced that Biden will roll back the regulation that allowed border officials to deny entry to individuals who potentially pose a health risk, such as COVID-19.

Blackburn argued the move could jeopardize the health of Americans across the country.

“Ending Title 42 is just another step in Joe Biden’s open border agenda. Title 42 is the last line of defense CBP has to address this historic border crisis. Biden has made it clear that he will do anything to allow illegal aliens to flood our country and appease the radical left, including putting the health and safety of Americans in jeopardy,” she said.

“This is not only anti-border-security, but anti-science. It would invite nearly 1,000,000 border crossers expelled under this policy since March 2020 and many others to try again without threat of removal, despite that Mexico and Central America continue to see significant COVID spread. President Biden is elevating far-left politics over protecting Americans’ health and ending the border crisis, which is why I’m co-sponsoring the SHIELD Act to keep this policy in place,” he added.

The Tennessee lawmakers are not the only elected officials to raise concerns over the prospect of Biden lifting the restriction. Earlier this week, Arizona Governor Doug Ducey sent a letter to Department of Homeland Security Secretary Alejandro Mayorkas urging him to leave the health restrictions in place.