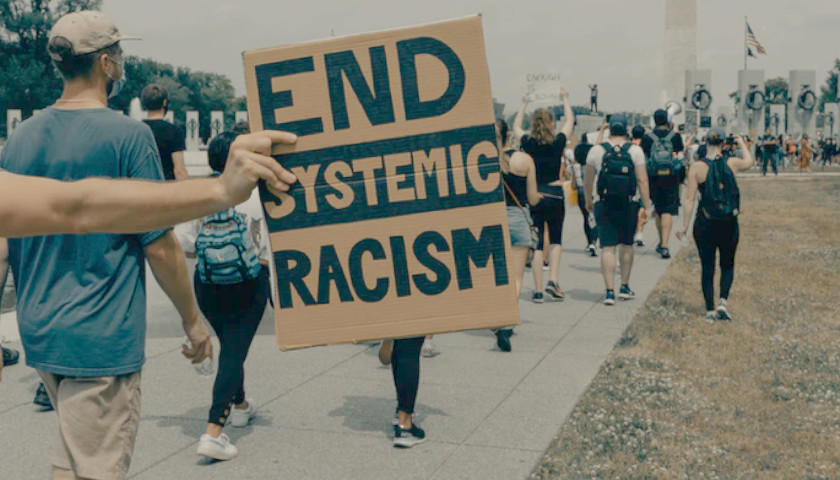 The official “Conservative Case Against Banning Critical Race Theory” appeared in the New York Times last week. Penned by a progressive Yale professor, two non-progressives, and the allegedly conservative David French, the article claims state efforts to ban CRT undermine a good, free-thinking education. Others have dissected this silly claim in detail, so it’s not worth rehashing all of that here. What readers should take away from the Times op-ed is an increasing willingness among respectable conservatives to grant the idea of “systemic racism.” They believe there is nothing wrong with accepting this core tenet of modern liberalism and that it’s absolutely true.

The op-ed claims, “Some of us are skeptical of structural racist explanations and racial identity itself and disagree with the mission and methodology of the 1619 Project.” But later on, the authors celebrate the intense guilt instilled by German education in Germans, implying this would be a good model for America:

These measures would, by way of comparison, make Germany’s uncompromising and successful approach to teaching about the Holocaust illegal, as part of its goal is to infuse them with some sense of the weight of the past and (famously) lead many German students to feel anguish about their ancestry.

This, of course, indicates that all the authors, including the lone conservative, support the idea of racial guilt indoctrination in schools. It’s unclear who among them still questions “structural racism” by the end of the piece. It appears that the one conservative among the group is certainly not that person. David French tweeted in favor of the concept of systemic racism following the article’s publication.

Yes, there were 345 years between 1619 and 1964–that’s centuries of violently-enforced state discrimination—and the effects are not undone by 57 years of contentious change since the Civil Rights Act of 1964. How to recognize and deal with that legacy is a tough, complex topic. https://t.co/RJ1WFFdYds

This is a rehearsed line from French. He said the same thing in an article last year on the George Floyd riots. He added in that piece that we must strive for deep changes in order to eliminate “systemic racism.” He suggested radical law enforcement “reforms” that would handcuff police and allow crime to fester.

French, of course, is not alone in his enthusiasm. New York Times conservative columnist Ross Douthat also believes conservatives must accept systemic racism. “The basic claim that structural racism exists has strong evidence behind it, and the idea that schools should teach about it in some way is probably a winning argument for progressives,” he wrote in a recent column. Douthat claims that “not every application of the structural-racist diagnosis implies left-wing policy conclusions,” citing some arguments made by the pro-life and school choice movements. While Douthat is more critical of CRT than French in his article, he still believes systemic racism should be taught in school because it might — just might! — have some conservative consequences. Teaching systemic racism in school will do nothing to help the pro-life or school choice movement. It will only further reinforce the ruling ideology that condemns those two movements.

Other conservatives share this sentiment. Former Trump adviser Kellyanne Conway told reporters at the White House last year: “It is absolutely the case that there is institutional racism.” National Review has published at least two articles over the last year endorsing the concept. In 2020, staff writer Robert VerBruggen said conservatives should accept that there is “systemic racism” and offer “conservative” solutions for it. Verbruggen said these should include education and criminal justice reform. In March, Competitive Enterprise Institute fellow Mario Loyola wrote for the outlet that COVID lockdowns exacerbate systemic racism.

The concept of systemic racism is at the heart of the modern Left’s agenda. Liberals see a radical transformation of American society — complete with wealth redistribution, greater government control, reparations, reduced policing, more tolerance for crime, and mandatory anti-white racism in the classroom — on the assumption that it’s the only way to correct our inherent racism.

If you accept the premise that our institutions and way of life are racist, then you’re signing up for more than charter schools. You’re agreeing to everything Black Lives Matter demands. Conservatives who accept systemic racism become nothing more than liberals who want lower taxes. (But they certainly won’t get low taxes — those will be raised substantially to combat institutional racism.)

Some conservatives may be tempted to make a “compromise” where CRT is expunged from schools while a greater focus is placed on teaching systemic racism to kids. This is no deal at all. The central thrust in CRT is teaching that our society is fundamentally racist and we need radical changes to correct it. This would allow CRT to take root into all aspects of our society with conservative approval. There is no separation between CRT and systemic racism.

Conservatives are more preoccupied with compromise than with actually standing up for their principles. Conservative principles cannot survive in a society that teaches its children that they live in a racist country that demands total demolition. There should be no compromise with the Left’s radicalism. Systemic racism is a bogus concept designed to make us hate our country, hate ourselves, and hate what made us great. It should be rejected and mocked at every opportunity.