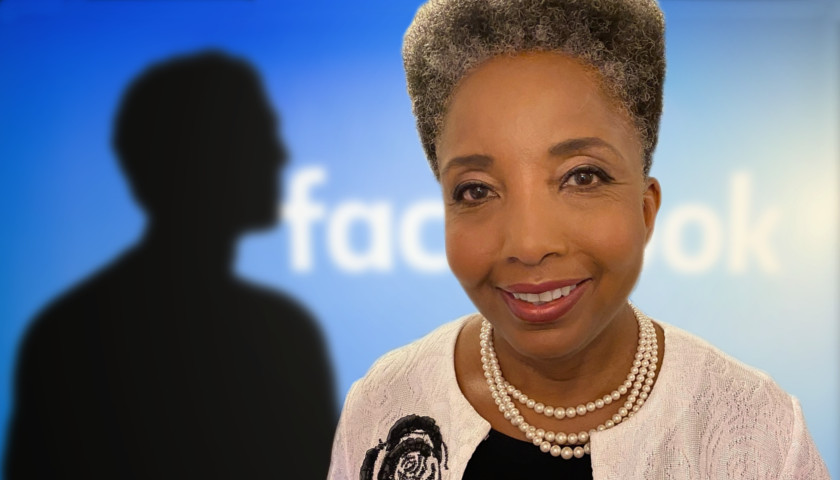 Carol Swain said Facebook staff members shadow banned her last week and restricted her from communicating her ideas to her more than 77,000 of her social media followers.

“Shadow banning” occurs when someone posts something and that same person can see what he or she published on a social media network. No other person, however, can see or respond to the post. Swain said she saw her published posts and asked her friends if they also saw what she posted. They did not.

Swain, a public figure who ran for mayor of Nashville, appears frequently on FOX News.

The shadow banning persisted for about seven days, Swain said.

“Clearly they are doing something to suppress the reach of conservatives, and I am on their radar screen right now I would say,” Swain told The Tennessee Star.

“And, for me, I think it has to do with my visibility around Critical Race Theory (CRT).”

Swain has frequently pounced on CRT as a philosophy that “eats away at our public, private, and Christian academies with its cancerous messages about white privilege, minority disadvantage, and perennial racism.”

Swain said she always exercises caution about what she posts on Facebook as well as what she tweets — but, regardless, Facebook shadow bans many people on the political right.

“Whoever monitors and controls conservatives like me have total power to act on any whim, and there is no way to contact Facebook to ask them to review a decision,” Swain said.

Swain cited former U.S. President Donald Trump, who announced the filing of a class-action lawsuit against Facebook, Google, and Twitter — as well as their CEOS — for violating the First Amendment.

“I hope it [the suit] is successful. It will affect all conservatives. As long as big tech is owned by the Democratic Party it will be difficult for conservatives to reach people with truthful knowledge that the political left totally controls the agenda, through the media and through the fact that big tech will not let out information that’s contrary to their agenda,” Swain said.

“[If] anyone who is conservative who is in possession of information contrary to the political left’s agenda to help educate the American people, [then] they [big tech] will not let those people reach as many individuals as they would reach if this was not taking place. It’s all about political power.”