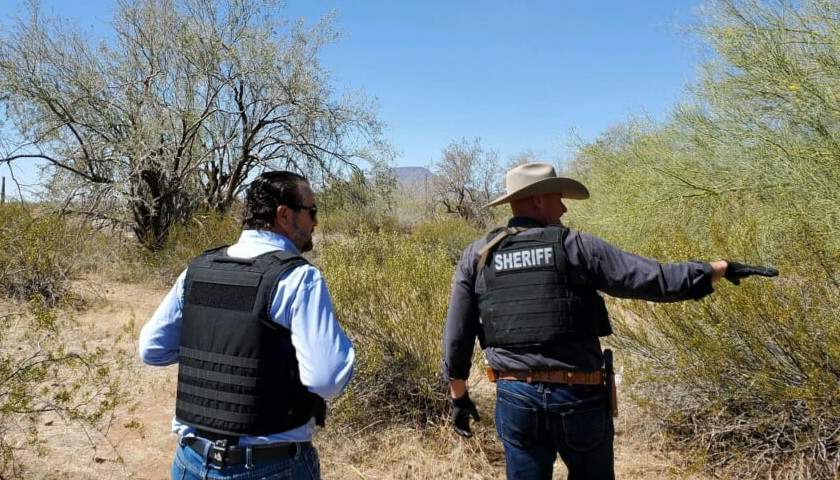 Arizona Attorney General Mark Brnovich is seeking an injunction on President Joe Biden’s executive order halting the border wall construction. Brnovich wants the Biden Administration to reverse their current border policies and refrain from any further action until they analyze the environmental impact of those policies per the National Environmental Policy Act (NEPA).

The attorney general’s office submitted the injunction request in an amended complaint. The original lawsuit, State of Arizona v. Mayorkas et al, argues that the Department of Homeland Security (DHS) and federal officials violated NEPA by not providing environmental impact statements or assessments when they halted construction of the border wall and permitted additional migrant entry by ending the “Remain in Mexico” policy.

“There is no doubt that the Biden Administration’s immigration policies are causing a humanitarian, public safety, and environmental crisis at our border,” said Brnovich. “I will do everything I can to stop their destructive actions and protect Arizona.”

There is no doubt that the Biden Administration’s immigration policies are causing a humanitarian, public safety, and environmental crisis at our border. I will do everything I can to stop their destructive actions and protect Arizona.https://t.co/fBvIa4QGrx

According to a May report from the U.S. Customs and Border Protection, over 180,000 migrants were encountered at the southwest border. The press release included pictures of some of the litter that migrants left in the desert: clothing, water jugs, and backpacks are discernible.

“It is estimated that each border-crosser leaves behind 6 to 8 pounds of trash in the desert,” read the press release. “According to the Arizona Department of Environmental Quality the trash can include plastic containers, clothing, backpacks, food, vehicles, bicycles, and paper. Human waste and medical products have also been found in border trash. All of these items can pose a risk to the environment, including wildlife.”

Brnovich’s injunction request is the latest in Arizona’s court battles to establish control at the border. Less than two weeks ago, a federal judge denied Brnovich’s petition for the court to enforce timely deportations. Federal law requires that authorities must deport illegal immigrants within 90 days.

Brnovich has pushed back against many angles of the new administration’s border initiatives.

Early last month, Brnovich urged a Scottsdale hotel to walk away from an ICE agreement to convert its facilities into a migrant detention center. The hotel ignored Brnovich’s request. That pop-up detention center will last through September 30.

Corinne Murdock is a reporter at The Arizona Sun Times and the Star News Network. Follow her latest on Twitter, or email tips to [email protected].
Photo “Mark Brnovich” by Gage Skidmore CC BY-SA 3.0.