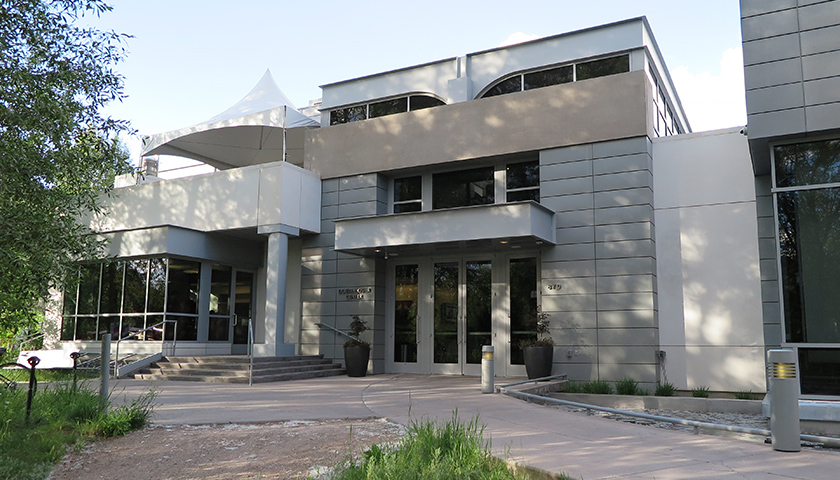 The group consists of top media figures, former government officials, tech executives, and academics who have jointly set out to pinpoint the causes of misinformation and disinformation and to propose solutions to combat their spread.

Some of the most recognizable names on the commission include Prince Harry, who recently criticized the First Amendment and frequently sues the media, Katie Couric, who has broadcast misleading content, as well as Kathryn Murdoch, who supports left-leaning causes.

A leading conservative group, the American Principles Project, recently criticized Aspen for “engaging with known partisans” to tackle disinformation, according to a letter exclusively obtained by the DCNF.

The majority of the commissioners are left-leaning and have expressed partisan views, the DCNF’s review found.

The Aspen Institute didn’t respond to the DCNF’s requests for comment.

A philanthropic organization founded by Craig Newmark, the figure behind Craigslist, provided nearly $3.3 million for the commission’s launch, according to the Aspen Institute’s website. Craig Newmark Philanthropies has also donated millions of dollars to journalism schools nationwide and liberal media groups such as Mother Jones and ProPublica.

Newmark was highly critical of former President Donald Trump’s presidency and once compared Trump’s response to rioting in Portland over the summer of 2020 to Nazi Germany.

He’s also endorsed Democratic candidates like then-Sen. Kamala Harris of California, Sen. Elizabeth Warren of Massachusetts, and Sen. Tammy Duckworth of Illinois and donated thousands of dollars to Democrats in the 2020 election, according to the Federal Election Commission (FEC).

The DCNF previously reported that Newmark funded a study that accused conservatives of spreading “disinformation” by claiming Big Tech firms have an anti-conservative bias. The study also defended the social media censorship of a story regarding Hunter Biden’s laptop.

Newmark encouraged donors to support New York Times writer Nikole Hannah-Jones’s new journalism center at Howard University, according to the Associated Press. Hannah-Jones recently declined an offer for tenure from the University of North Carolina. The school had previously withdrawn plans to offer her the position. She’s now accepted a position at Howard University as the inaugural Knight Chair in Race and Reporting.

Hannah-Jones started the “1619 Project,” which has been discredited by many historians. Parts of it were “quietly edited” by the New York Times, according to the conservative Heritage Foundation. The Times also issued a clarification to a portion of the project.

Katie Couric has been in journalism for years and hosted NBC’s Today Show for over a decade, but has also faced criticism for misleading coverage and has repeatedly shown bias.

Couric has received numerous awards including a duPont-Columbia, a Peabody, two Edward R. Murrows, and a Walter Cronkite award. She’s also been awarded multiple Emmys and is a New York Times best-selling author.

Couric deceptively edited a 2016 documentary to make it appear as though a pro-Second Amendment group had a long pause before answering a question about background checks.

During her documentary “Under the Gun,” Couric asked members of the Virginia Citizens Defense League if there was a way to “prevent felons or terrorists from purchasing a gun” if there are no background checks. The response in the broadcast appeared to be a long and awkward pause.

But it was later revealed that the pause was edited in from outtakes and never actually happened in response to a question. Critics said the edit was deceptive and made it appear as though the group was ill-informed and unable to answer the question.

In reality, the Virginia Citizens Defense League’s members answered the question immediately, according to audio of the interview obtained by The Washington Free Beacon.

Initially, Couric said the pause allowed the viewer to reflect on the question. She later apologized, calling the edit “misleading.” The Virginia Citizens Defense League sued Couric for libel in 2016, but a federal appellate court ruled that the deceptive edit was not defamatory.

Couric has been tied to pro-abortion activism. Whoopi Goldberg reminded Couric during a 1997 interview that the pair had previously marched for the cause, according to a Media Research Center transcript of the interview.

She also received an award in 2008 from the pro-abortion group, the National Organization for Women, for becoming the first woman to “solo anchor a network news show.”

During Trump’s presidency, Couric shared an op-ed in a since-deleted tweet advocating for the media to stop airing his coronavirus briefings. She also told Bill Maher earlier this year that Republican lawmakers backing Trump need to be “deprogrammed.”

Kathryn Murdoch, the left-wing mega-donor, wife of James Murdoch, and daughter-in-law of media tycoon Rupert Murdoch, contributed half a million dollars to PACRONYM, a super PAC affiliated with ACRONYM.

ACRONYM is a “dark money group,” according to Open Secrets, that has accepted cash from liberal groups tied to the Democratic Party.

ACRONYM previously invested in Shadow Inc., the group behind the vote-counting software used for the chaotic 2020 Iowa Democratic Caucuses. After the failed event, ACRONYM, according to Vox, announced it would divest from Shadow Inc., which is now called BlueLink.

It was also a client of Perkins Coie, the influential law firm that has represented top Democrats and liberal organizations.

ACRONYM was listed as the full owner of Courier Newsroom in 2019, according to tax returns published by Open Secrets.

Politico wrote that Courier is “more akin to a PAC than a newsroom” and Bloomberg labeled its newsgroups “political instruments designed to get them [readers] to vote for Democrats.”

FEC rules exempt the press from having to present financial disclosures so long as they’re producing news, commentary, and/or editorials.

The complaint alleges several examples of Courier’s open partisanship, including its ties to ACRONYM and its founder, Democratic strategist Tara McGowan, and its advocacy for the Democratic Party.

McGowan, who also founded ACRONYM, in 2019 told the site’s critics that ” … Balance does not exist anymore.”

ACRONYM denies that PACRONYM was behind Courier and announced that it would pull out of Courier in April. “PACRONYM did not create a news outlet called Courier Newsroom,” ACRONYM spokesperson Kyle Tharp told the DCNF in a statement in June.

Kathryn and James Murdoch’s break from their conservative-leaning family members has been widely reported.

After Fox News called the election of Joe Biden in 2020, Murdoch tweeted “We did it” and in the past, she’s shown her dislike for Trump in similar posts.

How will we know when Trump is officially mentally impaired? Seriously.

I don't believe in Donald Trump. Will that make him go away?

“We are going to crush Donald Trump and the sickness he represents. There are more of us than there are of them. We are right. They are wrong. This is our moment. This is our destiny. Walk with confidence. Do not falter. Victory will be ours.” Love this. https://t.co/ukJvHD8u4D

Prince Harry has previously made statements about free speech and has been hostile toward members of the press, but it doesn’t appear that he has experience analyzing disinformation, the DCNF’s review found. He’s also sued various media over the years.

Harry recently called the First Amendment “bonkers,” in an interview with Dax Shepard and Monica Padman of the Armchair Expert podcast last month.

While discussing his role on the Aspen Institute’s disinformation commission, Harry said: “I’ve got so much I want to say about the First Amendment as I sort of understand it, but it is bonkers.”

“I don’t want to start going down the First Amendment route because that’s a huge subject and one which I don’t understand because I’ve only been here a short time,” he continued. “But, you can find a loophole in anything. You can capitalize or exploit what’s not said rather than uphold what is said.”

His comments were criticized by prominent figures. Brexit leader Nigel Farage, for example, said Harry’s statement “shows he has lost the plot.”

Harry told reporters covering his trip to Australia in 2018: “Thanks for coming, even though you weren’t invited.”

Reporters expressed that it wasn’t the first time he’d shown animus toward them.

“Any engagement that I’m at with him he just scowls at us,” said one royal correspondent attending that trip, according to The Guardian. “I can’t stress that clearly enough, he can’t hide his disdain. It’s just so uncomfortable, he has fury and venom in his eyes. He’s very tortured.”

Harry urged voters to participate in the 2020 American election. Although he didn’t endorse a specific candidate, the Duke of Sussex’s messages were interpreted by some as an anti-Trump push. He has never voted in a U.K. election because of his royal status and isn’t permitted to vote in U.S. elections.

“As we approach this November, it’s vital that we reject hate speech, misinformation and online negativity,” Harry said in the video where he appeared next to his wife, Meghan Markle, who is an American citizen.

Harry and Meghan also started the Archewell Foundation after stepping down from their senior royal positions. The nonprofit seeks “to uplift and unite communities.” Archewell announced funding earlier this year for the UCLA Center for Critical Internet Inquiry to make the tech space more just and democratic.

Dr. Safiya Noble, who has also been tapped to join the Aspen Institute’s commission, is one of the leaders of the UCLA center. Noble is an open Marxist who’s lauded Communist thinkers, according to the DCNF’s review.

“The Duke and Duchess of Sussex are deeply committed to using their light to illuminate the problems of inequality and structural racism,” Noble said of the donation earlier this year. “We have a shared commitment and sense of urgency in making a more compassionate world, much of which is undermined by internet platforms.”

“I know what they stand for and share in their mission,” she continued. “We look forward to lending our research expertise and networks to our mutual work on the most pressing issues of internet policy and culture that are accelerating racial, gender and economic inequity.”