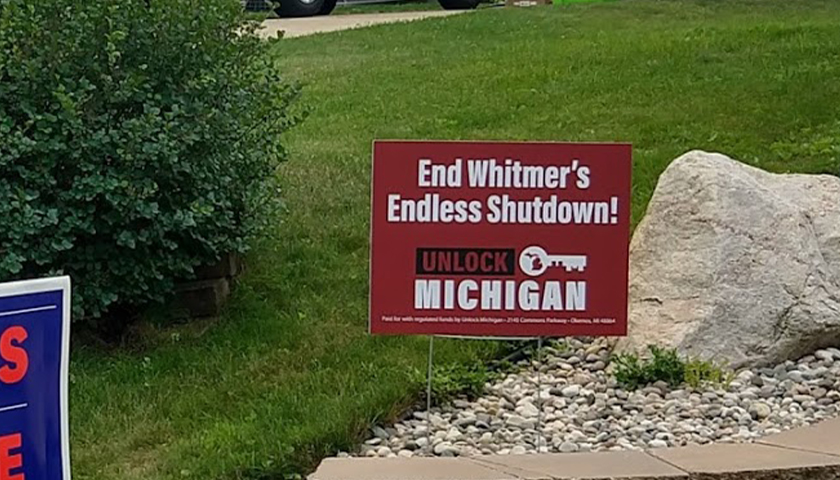 For the second time, the Michigan Supreme Court has ordered the State Board of Canvassers certify the Unlock Michigan petition that will likely revoke Gov. Gretchen Whitmer’s 1945 emergency powers.

On June 11, the top court ordered the State Board of Canvassers to certify the petition after the board deadlocked 2-2 on multiple motions. But Keep Michigan Safe (KMS) lawyer Mark Brewer filed a motion asking the top court to reconsider the order.

The top court answered, again ordering the petition to be certified.

“The Bureau of Elections analyzed the signatures using a random sampling method and estimated that Unlock Michigan submitted at least 460,000 signatures when it only needed about 340,000,” the court wrote. “The Board rejected, by deadlocked vote, a motion to investigate the collection of signatures. Therefore, the Board has a clear legal duty to certify the petition.”

The Unlock Michigan petition, filed in October 2020, dates back to the early COVID-19 pandemic when Gov. Gretchen Whitmer enacted the most severe restrictions in the 12 Midwest states via 1945 pandemic powers the petition aims to annihilate. Those far-reaching orders included threatening criminal charges for operating a motorboat, visiting a secondary home, and banning stores larger than 50,000 square feet from selling gardening supplies. Entire professions, including barbers and landscapers, were deemed “non-essential.”

“The Board of State Canvassers needs to do its job on Tuesday and certify the Unlock Michigan petition, finally,” Wszolek said in a statement. “Over a half-million Michigan voters demanded the repeal of the Emergency Powers Act abused by Governor Whitmer for so long, and now their demand will be satisfied.”

The next Board of State Canvassers meeting is Tuesday at 10 a.m. July at Delta Charter Township Hall, 7710 W. Saginaw Highway in Lansing.

The agenda includes consideration of the petition to recall Whitmer submitted by Chad Baase on June 25, 2021.

The reasons for recall printed in the heading of the petition are as follows:

Once the petition is certified, it will move to the GOP-controlled Legislature where it’s expected to be approved quickly.

Scott McClallen is a staff writer covering Michigan and Minnesota for The Center Square. A graduate of Hillsdale College, his work has appeared on Forbes.com and FEE.org. Previously, he worked as a financial analyst at Pepsi.
Photo “Unlock Michigan yard sign” by Kches16414 CC BY-SA 4.0.