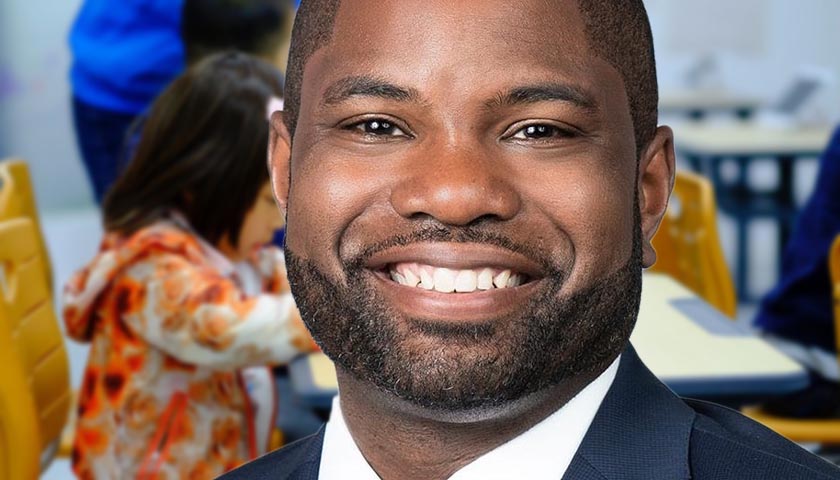 Donalds, like many other critics of CRT, views the movement as tool of the left used to divide the country.

Donalds wrote, “If the issue were that American schools aren’t teaching the complete and accurate history to our school children, then I’d agree wholeheartedly, but that is not what CRT peddlers are saying. The Marxist race hustlers and charlatans at the New York Times and in the Democrat Party aren’t in the business of pushing for equity; they are in the business of division.”

Donalds said those “proposing this wicked curriculum would like to live in an America where every American is judged based on the color of their skin and not the content of their character, which, if I remember my history correctly, is the complete opposite of the teachings of Dr. King and decades of civil rights progress and commitment to creating a more perfect union. Today, radical leftists are upending this longstanding American virtue to push this un-American and divisive agenda.”

But Donalds most powerful comments on CRT came when he noted that the “essence of critical race theory would teach my three bi-racial children that I, their Black father, am oppressed by America’s history of White supremacy and that their mother, my wife, is my oppressor.”

Donalds asked, “what does that mean for my children? Does half of them qualify as oppressed, and the other half count as the oppressor? ”

Donalds critque of the controversial theory also comes with a call to action. “Those of us that acknowledge America’s past realize we are a far better nation than we were 50, 60, 100 years ago, and although we aren’t always the loudest in the room, we have unwavering courage in defense of America, and it’s time to stand up to the Left’s attempt to cancel our great nation,” said Donalds.

Donalds concludes by writing, “America is not a racist nation. The mother of my children is not a product of White supremacy, and I am not an oppressed Black man in America.”

Steve Stewart is the Managing Editor and a contributor at The Florida Capital Star. Email tips to sstewart@floridacapitalstar.com.
Photo “Byron Donalds” by Byron Donalds.