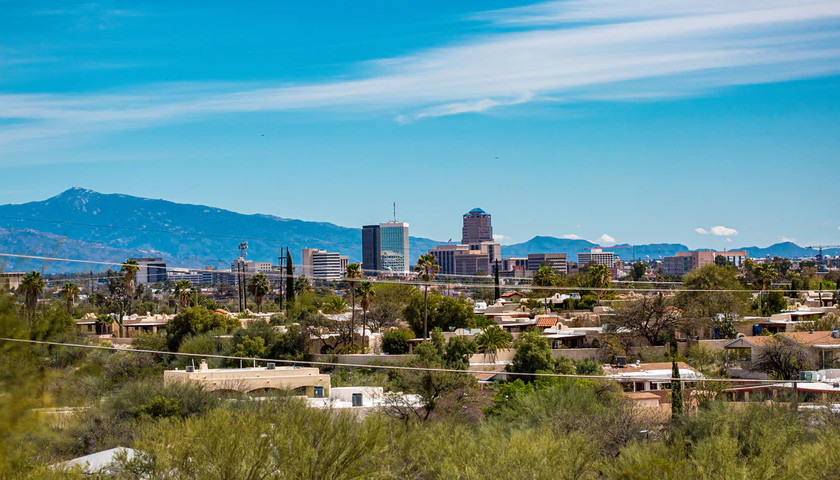 Legal issues may arise over a resolution the city of Tucson passed declaring that it will defy Arizona’s “Second Amendment Sanctuary” law, which says the state will not comply with federal laws and regulations that violate the Second Amendment. Arizona’s law prohibits the police and sheriffs from enforcing those laws. The state passed the 2nd Amendment Firearm Freedom Act into law in April.

Notwithstanding the provisions of HB 2111 and A.R.S. Section 1-272, the Mayor and Council direct the City Manager to continue to allow the use of City personnel and/or financial resources to enforce, administer and/or cooperate with federal actions and/or programs that regulate firearms, unless and until such federal action or program is found by a court of competent jurisdiction to violate the provisions of the United States Constitution.

It cites the Supremacy Clause of the U.S. Constitution, which states that federal law cannot be nullified by state law. It authorizes the city attorney to participate as amicus curiae in any litigation over it.

Kozachik expressed his optimism that the city would prevail in any legal battles. He said the resolution should lure the state into suing them. “That baits them into suing us, we meet them on the courthouse steps and we say your nullification is unconstitutional, it’s void and it just goes away,” KVOA reported.

According to Fox News, Arizona’s sanctuary law was enacted partially in response to the election of Joe Biden in response. The legislation is considered largely symbolic, since there are no sanctions included in case a locality defies the law.

However, if it goes to court, there may be precedent to uphold the law. Liberal areas of the country passed similarly named immigration sanctuary laws in recent years, prohibiting state and local law enforcement from using their resources to enforce federal immigration laws. The Ninth Circuit Court of Appeals upheld California’s sanctuary law in 2019, and the U.S. Supreme Court declined to hear an appeal from the decision. The lower court stated in United States of America v. State of California that there is “no doubt that SB 54 makes the jobs of federal immigration authorities more difficult.” However, “California has the right … to refrain from assisting with federal efforts.”

Alan Korwin, the author of Arizona’s Guide to Gun Laws and other books about gun laws, doesn’t believe the Supremacy Clause would apply.  “The argument that the Constitution’s Supremacy Clause blocks a gun-sanctuary law is specious, because Article VI, Supremacy, only applies to laws, ‘made in Pursuance’ of the Constitution, and infringement is in direct violation, so it does not apply,” he said.  “Tucson has in the past taken similar actions which it knows, or should know, have no standing, it argues against our core values, will fail, and will cause the city enormous taxpayer expense, and public humiliation. The city’s attorneys and outside firms will make a lot of money though, so they pursue this anti-American drivel.”

Voters in Tucson resoundingly defeated an initiative to declare the city an immigration sanctuary city in 2019. Over 70% voted no on Proposition 205, Tucson Families Free and Together Initiative.

Tucson enacted gun control laws in recent years that were overridden by the state legislature. ARS 13-3108 bans local firearms laws that are “inconsistent with or more restrictive than state law.”

Several other states, including Kentucky, Tennessee and Wisconsin, are considering similar legislation to Arizona’s. Idaho, Alaska, Wyoming and Kansas already adopted the status. Over 1,200 local governments became Second Amendment Sanctuaries, mostly within the last two to three years. Maricopa County declared itself one in February 2020, the largest county to do so. Mohave, Yavapai and La Paz counties in Arizona have enacted the law.

Gun experts consider Arizona the most Second Amendment-friendly state in the nation. Citizens over the age of 21 may carry a firearm openly or concealed weapon without a license. They are not required to undergo a background check before purchasing a firearm from a private party. The only illegal guns are generally automatic weapons and modified shotguns.

Arizona won a victory in the Supreme Court in 1997 on another issue involving federal government encroachment on the Second Amendment. Then-Graham County Sheriff Richard Mack challenged the federal Brady Bill as unconstitutional for requiring sheriffs to conduct background checks. The high court ruled in Printz v. United States that the law violated the 10th Amendment.