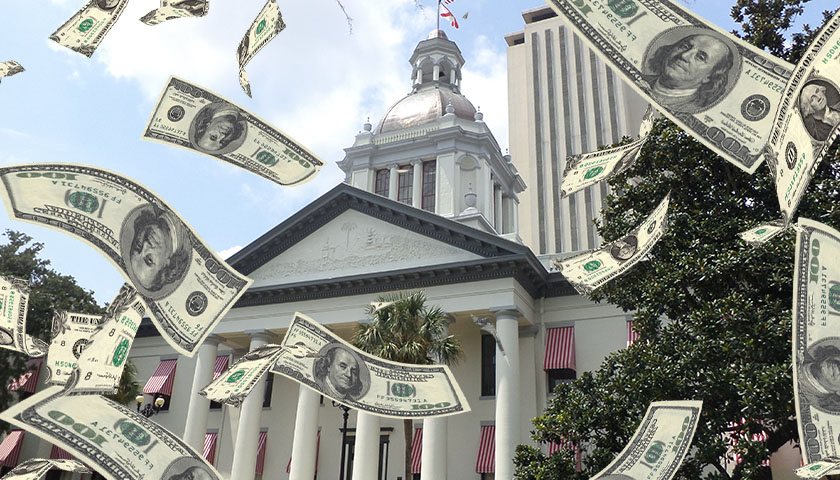 Florida’s May revenues have exceeded expectations, according to a new report from state economists. May’s state income reflected a tenth straight month of revenue exceeding state projections, which economists say is a good sign despite the cost of products and goods going up.

The Florida Legislature’s Office of Economic & Demographic Research announced $3.6 billion in general revenue. The original projections had the state raking in over one-half million dollars less.

The revenue, in part, stems from tourism dollars, which are sales taxes that fund schools, healthcare, and the state pension system.

“Most remarkable, almost 72 percent of the total gain for May came from sales tax GR (general revenue),” the report said. “For context, May 2020 was the lowest sales tax collection month during the entire pandemic.”

With Florida Governor Ron DeSantis never imposing statewide mask mandates or lockdown measures, Florida is continuing to rely on its tourism economy and a tourism boom likely to continue through the summer.

“We’re outpacing 2019 summer numbers, and I expect to keep on that track throughout the summer,” said Elliott Falcione, executive director of the Bradenton Area Convention and Visitors Bureau. “And keep in mind, we’re outpacing it without the international market.”

Florida’s reputation as an open economy is paying big dividends for local communities.

“I think it’s because of the proactive policies that we had to try and keep the state open and let people make their own personal health care decisions,” said Commissioner Brian Hamman, who serves on the Lee County Tourist Development Council.

Another indicator for the increase in taxes collected is business activity, which economists says is attributed, in part, to federal stimulus checks as well as “redirected spending from the hard-hit service sector and some consumers’ ability to draw down atypically large savings that built up during the pandemic.”

Overall taxes collected during May also exceeded projections by 21 percent, compared to 12 percent in April. Those taxes include corporate income taxes, beverage taxes, and doc-stamp taxes.