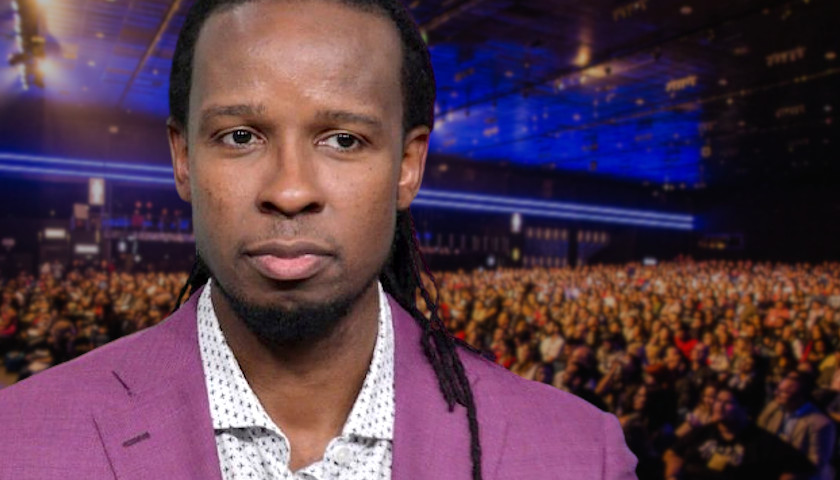 On Wednesday, the American Federation of Teachers (AFT) will be hosting one of the most far-left activists in America at their biennial conference, for the purpose of promoting Critical Race Theory, Breitbart reports.

Ibram Kendi, the author of numerous books that fuel racial division such as “How to be an Antiracist” and “Antiracist Baby,” will be a featured speaker at AFT’s Together Educating America’s Children (TEACH) conference. Other speakers who will appear during the five-day conference include Jill Biden, failed Georgia gubernatorial candidate Stacey Abrams, and the Deputy Secretary of the Education Department Cindy Marten.

The speaking slot marks only the latest indication that Kendi and his writings have become firmly ingrained in the nation’s public education system. As one of the leading proponents of Critical Race Theory – the far-left and debunked notion that all White people are automatically racist and that America is an inherently racist and evil nation – Kendi’s works have become recommended reading in several branches of the United States military, as well as by the Department of Education.

One of the earliest speeches of the conference was given by AFT’s president Randi Weingarten, who claimed that teachers will face an even more difficult year in 2021 than in 2020.

“It won’t be easy, and some people will try to make it harder,” Weingarten said in her remarks. “Like those who have disparaged educators, scapegoated our unions, and blamed us for things outside our control, like school closures caused by a pandemic.” The latter assertion is false, as it has been well-documented that teachers’ unions were, in fact, widely responsible for prolonged closures due to frequent strikes and lists of impossible demands of school districts before they would return to work. Such tactics, seen in cities and states across the country, significantly prolonged the return to in-person learning and continued students’ reliance on the ineffective method of virtual learning.

Weingarten then went on to defend Critical Race Theory, declaring that “our union will defend any member who gets in trouble for teaching honest history…Teaching the truth is not radical or wrong. Distorting history and threatening educators for teaching the truth is what is truly radical and wrong.” However, she then falsely claimed that “Critical Race Theory is not taught in elementary schools or high schools,” but is instead, allegedly, “a method of examination taught in law school and college that helps analyze whether systemic racism exists.”