Merrick Garland’s Case Against Georgia Is a Loser, According to Legal Scholars and Journalists 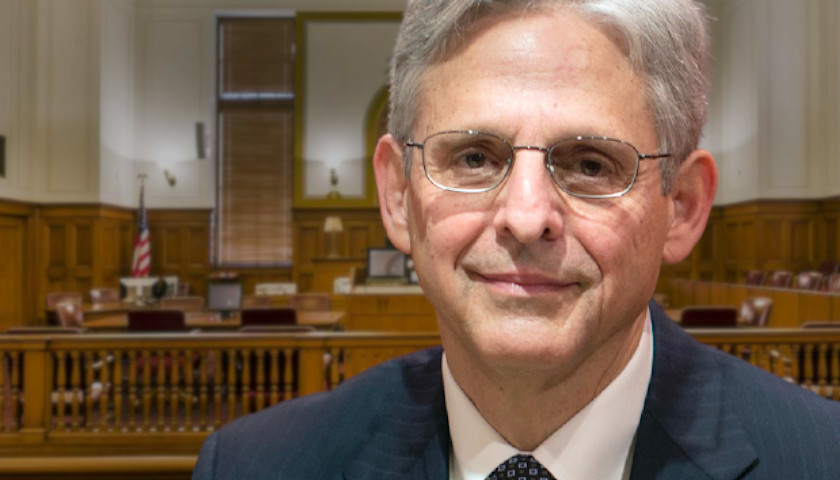 Writers for The Wall Street Journal (WSJ) as well The Federalist this week published pieces that told U.S. Attorney General Merrick Garland that his case against Georgia’s voter integrity law is destined to fail.

The writers also told Garland that he’s better off abandoning the case.

Members of The WSJ’s editorial board published an opinion piece Monday and called Garland “the front runner so far for 2021’s bad timing prize.”

“The Justice Department last month rushed out a lawsuit claiming that Georgia’s new election law violates Section 2 of the 1965 Voting Rights Act only days before the Supreme Court laid down standards that make the lawsuit a nearly certain loser,” WSJ editorial board members wrote.

“Justice knew the likely timing of the Court’s ruling in Brnovich v. DNC, so a fair guess is that Mr. Garland succumbed to White House and progressive pressure to make a political statement to support Democratic efforts in Congress to federalize state election laws in H.R.1.”

In a 6-3 vote, the U.S. Supreme Court last week upheld two Arizona rules implemented in an attempt to increase overall election security. Arizona Attorney General Mark Brnovich celebrated the decision. The measures aim to limit the opportunity to commit voter fraud and strengthen the integrity of the state’s elections.

Specifically, one provision prevents the use of third-party ballot harvesting — a practice that allows political operatives and others to collect voters’ ballots and submit them to polling stations in large numbers. The other policy requires election officials to throw out ballots cast in the wrong precincts. Supporters argue this measure prevents individuals from voting in multiple locations.

Justice Samuel Alito wrote the majority opinion for the case.

Members of The WSJ editorial board wrote that Garland, in pursuing the case against Georgia, “will have to contend with Justice Samuel Alito’s five principles in Brnovich as they assess the Georgia statute.”

Margot Cleveland, a senior writer for The Federalist, listed five guideposts from the Brnovich case:

• The size of the burden

• The size of the disparity of the rule on minorities

• The opportunities provided by the state’s entire voting system

• The strength of the state’s interests in the law.

WSJ Editorial Board members said “it won’t be easy to find legal fault under those principles.”

“Mere voting inconvenience can’t be considered disqualifying, since all voting imposes some inconvenience. Any specific voting provision, such as the number of drop boxes, must also be considered in the overall context of a state’s voting rules,” The WSJ Board members said.

“Georgia’s rules are generally lenient and don’t especially burden the ability of minorities to vote. Perhaps Justice can find a federal judge somewhere to rule against Georgia, but such a ruling is unlikely to survive on appeal to higher courts.”

Writing for USA Today, legal scholar Jonathan Turley wrote last week that “the Biden administration is setting itself up for failure.”

“The case is weak, the precedent is hostile, and timing is suspect. So why would Attorney General Merrick Garland green light a case that seems likely to fail in spectacular fashion?” Turley asked.

“While I have great respect for Garland, this does seem like a rare moment of weakness in yielding to political pressure from the White House and Congress. The lawsuit legitimates Biden’s over-heated rhetoric on Republicans dragging the nation back into the Jim Crow era. Garland has been under increasing pressure for failing to use the Justice Department more aggressively against Republicans.”

U.S. Justice Department officials announced on their website last month that they filed a lawsuit against the State of Georgia, the Georgia Secretary of State, and the Georgia State Election Board over SB 202, which Gov. Brian Kemp signed into law in March. The United States’ complaint challenges provisions of SB 202 under Section 2 of the Voting Rights Act.

“The United States’ complaint contends that several provisions of Senate Bill 202 were adopted with the purpose of denying or abridging the right to vote on account of race,” according to the U.S. Justice Department.

“The Justice Department’s lawsuit alleges that the cumulative and discriminatory effect of these laws—particularly on Black voters—was known to lawmakers and that lawmakers adopted the law despite this.”

The November 2020 election, according to Kemp, had a 350 percent increase in the use of absentee balloting, more than 1.3 million absentee ballots total compared to election day in 2018.