University of Memphis Lectures on Importance of Critical Race Theory 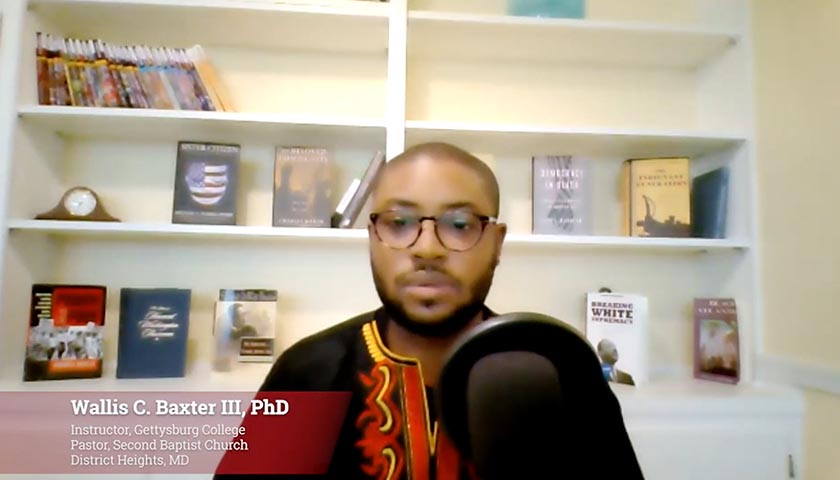 The University of Memphis (UofM) Benjamin L. Hooks Institute recently hosted a lecture on the importance of critical race theory. The speakers maintained that critical race theory was a vital, necessary part of all levels of education because it offers the true history and understanding of this country.

The first speaker, Anderson, discussed a branch of critical race theory: critical language and race theory, or “LangCrit” for short. She asserted that “racial linguistics” offers an authentic representation of race and culture for black students. According to Anderson, this is according to the principles of something called “language activism,” which examines structures of power and privilege exacerbated through “language supremacy” by attaching language to contestations of power and critiquing standard forms of language as calls to power.

Accordingly, education that pushes a proper form of language that conflicts with the linguistics of a non-native speaker constitutes “supremacist elitism.” Anderson emphasized that Black children need Afro-centric activism, which centers Black students on “Africanisms” and “Africanness” in language.

“Using a common proverb as an analogy: critical race theory is giving the lion an opportunity to share its side of the story. And we’ve now chosen to write the narrative back in favor of the hunter because we’re too uncomfortable to evaluate our role in a lion’s pain,” said Anderson.

The second speaker, Baxter, shared that he teaches critical race theory in church. He referenced one class in particular, “Stop the Madness: Race, Religion, and Politics,” in which he teaches specific critical race theory concepts like ordinariness, interest conversions, differentializations, voice of color thesis, and double consciousness.

“[C]ritical race theory is not so much about trying to point out who a racist is [….] Critical race theory is a theoretical frame of reference for us to dig into the reality of race in America,” said Baxter. “It’s just something that is real – it’s in the fabric, woven into the fabric of who America is, what America’s about, and there’s no way to escape that.”

“It helps us understand what it means to ‘be’ in this nation. It is kind of a theoretical approach that helps us define and redefine some things about racism,” explained Baxter. “It’s a dangerous thing when you try to strip a mechanism, a vehicle that helps people come to a place of self-actualization. If you strip it then we’re no longer able, in theory, to attain that level of self-actualization, know who we really are. So we go through life not fully understanding who we are and understanding how we are placed, right, in the world historically.”

“The fact is that no one who’s teaching between the grades of K through 12 is actually teaching critical race theory,” asserted Donaldson. “However, the language that is being used within the legislation is directed toward presenting this very Anglicized, white-washed version of American history in that race is not a factor in the founding of this country.”

Donaldson said that critical race theory teaches that race is a social construct created to oppress people of color in the United States. She cited the 1776 Commission: a group called together by previous President Donald Trump to create education on the history and principles of America, immediately dismissed by President Joe Biden – though they continue to meet to finish their work.

According to Donaldson, the 1776 Commission is wrong in its assessment that critical race theory teaches for individuals to be ashamed of American history. She says that it merely teaches the truth.

Donaldson clarified further that critical race theory is a lens for viewing current situations through their racial history and impact, using the fact that the country’s largest prison exists on the same land where a plantation once stood.

“That is what critical race theory is teaching and attempting to dismantle: the fact that, why would you build a penitentiary on the same soil of a plantation?” asked Donaldson. “And you systemically oppress and arrest and put people of African descent in that penitentiary and what that means psychologically to a population in the United States.”

The final speaker, Kiel, added that critical race theory is much more complex than how the media and legislators portray it. He offered a history of the theory, starting with its 1970s origins in critical legal studies.

“[It stems from critical theory] as a critique of law and as law not being this neutral, impartial tool where those ‘universal values’ are applied dispassionately and lead to justice. [I]ts aim was to demystify that idealized version of law,” said Kiel. “And suggest, if it’s not that [idealized version] it might have – and in many cases has – of law being simply the codification, the sort of bringing to statute, of existing power structures. These existing power structures that are now supported by law can maintain power structures.”

One of the existing power structures in law was slavery, Kiel said. That recognition was where critical race theory emerged.

“The idea was that we should have this critique of law, not as the sort of impartial system of justice but as at least arguably representing this codification of power structures,” explained Kiel.

To remedy the codification of power structures, Kiel suggested reparations and changes to policy that cause systemic disadvantages in groups. He disagreed with the notion that removing outright discriminatory laws and measures was enough.

“We can’t absolve society of responsibility yet. Why? Because it isn’t neutral, impartial applications of universal measures of merit that is leading to the disparities of today,” asserted Kiel. “[R]ather, it’s the effects of torn-down structures and the perpetuation of existing structures that are continuing to lead to disadvantage of members of marginalized groups.”