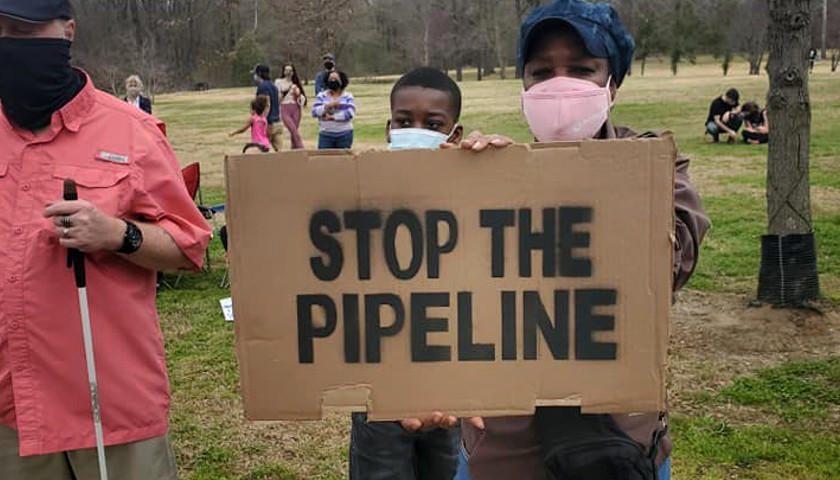 After a flurry of protests featuring high-profile activists, politicians and a public relations campaign against the project, the company that was planning to build the Byphalia Pipeline through Memphis abruptly canceled the project Friday.

The pipeline, which left-wingers deemed “racist” because it would have run through mostly black South Memphis neighborhoods, would have transmitted crude oil from a Valero refinery in Memphis all the way to Mississippi.

Many activists were concerned with the environmental ramifications of the pipeline, too.

“Opponents also raised concerns about oil spills and threats to the area’s drinking water, which is drawn from wells deep underground from the Memphis Sand aquifer,” Commercial Appeal reported.

Those opponents included celebrities like Jane Fonda and Danny Glover, as well as former Vice President Al Gore, who visited Memphis in March to speak against the project.

At that speech, he reportedly called the project a “reckless, racist rip-off.”

On his Facebook page, he made similar claims, saying that the pipeline “would further increase global warming pollution while threatening black neighborhoods and drinking water sources.”

Other opponents included Rep. Steve Cohen (D-TN-09), whose district encompasses Memphis, and who just last week told the U.S. House Committee on Transportation and Infrastructure that the pipeline was a danger to his constituents.

He, too, insinuated that the pipeline was racist.

“The Byhalia Pipeline goes through low-income African-American communities that have been burdened with a lot of industrial pollutants for years. One of the representatives of the pipeline company called this the point of least resistance,” Cohen told Acting Assistant Secretary of the Army for Civil Works Jaime A. Pinkham.

“Many, many people in the city of Memphis are up in arms about it, feeling this is wrong to put another potentially hazardous facility and project — which could leak into our aquifer through this community and jeopardize the drinking water — from the wellfield that goes through this community,” he continued.

There is no official word from the company on why the project was abandoned, but on its website, it attempted to alleviate environmental concerns.

“We work to involve a wide variety of community leaders and experts in this project and its safety – from environmentalists and scientists to city and county officials,” the site says. “We meet or exceed local, regional and federal safety standards as we construct and operate our pipelines. We train employees, and work with local emergency response crews, to react to potential incidents quickly and safely.”

Pete D’Abrosca is a contributor at The Tennessee Star and The Star News Network. Follow Pete on Twitter. Email tips to dabroscareports@gmail.com.
Photo “Stop the Pipeline” by Memphis Community Against the Pipeline.