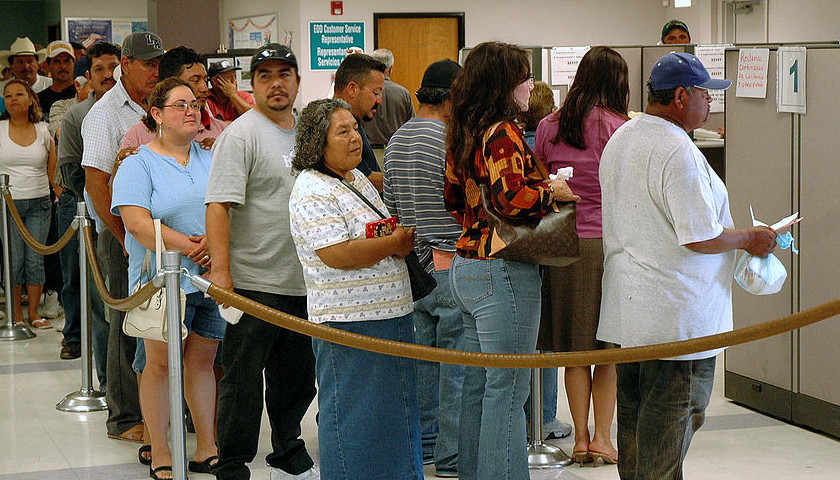 The U.S. Department of Labor (DOL) reported a decrease in initial unemployment claims in Florida for the week that ended June 26, the last day jobless Floridians were able to receive federal unemployment assistance.

Data released Thursday by the DOL shows 6,086 new claims for that week, a decrease of 7,667 claims from the week that ended on June 19.

Unemployed Floridians are no longer able to receive $300 a week on top of the $275 from the state. The Florida Department of Economic Opportunity (DEO) announced the decision in May and said:

“Another key step to returning more Floridians to work, following April’s labor statistics which show total private-sector employment increased by 18,800 jobs and more than 460,000 online job postings available throughout the state for job seekers. Florida will end its participation in the Federal Pandemic Unemployment Compensation program… as part of DEO’s ‘Return to Work’ initiative.”

Nationally, initial unemployment claims for the week that ended June 26th also decreased. The report released by the DOL stated that there were 364,000 initial claims down from 415,000 from the prior week. The data for both Florida and the U.S. were the lowest number of initial claims since before the pandemic which the DEO marked as March 14, 2020.

Secretary of the DEO, Dane Eagle said in a press release, “Thanks to Governor DeSantis’ leadership, Florida’s economy has bounced back tremendously… with the strongest economic conditions in the nation.” He then added, “Florida’s employers are also seeing employment growth… Transitioning away from this benefit will help meet the demands of small and large businesses who are ready to hire and expand their workforce.”

Florida’s unemployment rate for June will not be released until July 16. However, the most recent rate from May is 4.9%, which is the tenth consecutive month that it was below the national unemployment rate which currently sits at 5.9%.