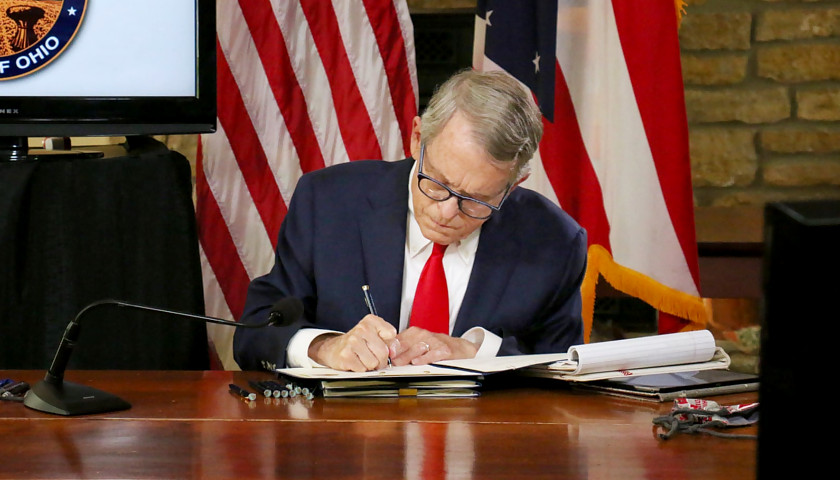 Ohio Governor Mike DeWine (R) signed the state’s budget into law in the early hours of Thursday morning — but not without vetoing several components of the bill.

The budget, which will find the state’s operations for two years, including key provisions such as tax cuts and the funding of public K—12 schools.

Many supporters of school choice celebrated the contents of the legislation.

“Governor Mike DeWine has signed a budget that expands existing school choice options and creates Ohio’s first-ever education savings account program helping parents afford desperately-needed resources and giving them the flexibility necessary to improve their children’s educational outcomes. These bold reforms are some of the most significant that Ohio’s families have seen in a decade,” said Lisa Gates of the Buckeye Institute —  an independent research and educational institution.

“The new Operating Budget will assist Ohioans by investing in our communities, businesses, and economy,” DeWine said of the $74 billion package.

However, the budget was not enacted without changes from DeWine. In total, the governor vetoed 14 provisions of the 3,300 page bill.

DeWine took action to eliminate a provision that would have reimbursed businesses that were fined for violating government regulations during the coronavirus pandemic.

“This item sends a message that those responsible business owners are not valued as much as the few businesses who failed, sometimes repeatedly, to take steps to protect their employees and customers from the spread of this deadly disease,” DeWine explained of the section.

Additionally, DeWine cut a provision meant to overhaul the way the state awards its Medicaid contracts. The governor argued the companies would not be required to prove that they could “meet the medical needs” of residents.