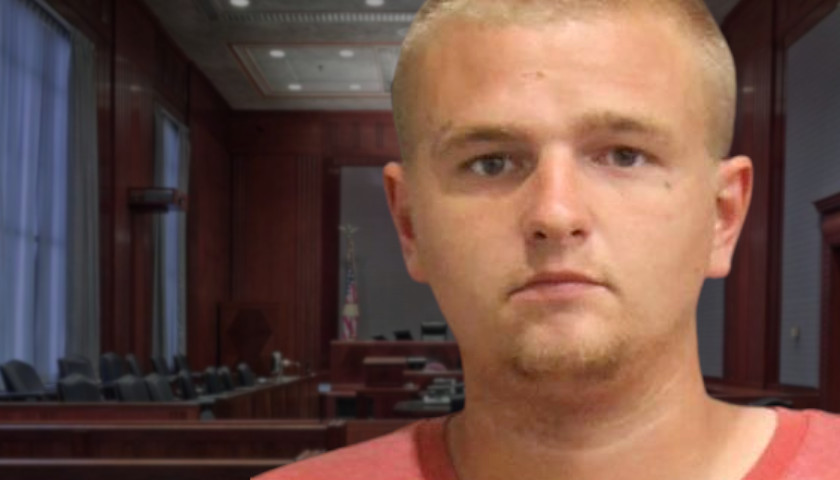 A Hendersonville man charged last year with the malicious destruction of property at the Metro Nashville Courthouse pleaded guilty this week in U.S. District Court.

This, according to a press release for the U.S. Attorney’s Office for the Middle District of Tennessee.

Federal officials charged Wesley Somers, 26, in a criminal complaint last June, following protests that escalated to acts of violence and intimidation on the evening of May 30, 2020.  A federal grand jury indicted Somers last October.

“On the afternoon of May 30, 2020, protesters gathered in downtown Nashville following the death of George Floyd in Minneapolis, Minnesota.  Later in the evening, several persons gathered in front of the Nashville City Hall, also known as the Metro Courthouse, and began smashing the windows of the premises and spraying graffiti on the Courthouse façade,” according to the press release.

“One or more fires were also set inside of the Courthouse at this time. Numerous video clips and photographs of the destruction at the Courthouse were posted on social media websites, on the websites for news outlets, and on other Internet sites. Somers is depicted in video clips and photographs from that evening attempting to smash windows of the Courthouse. One photograph depicted Somers holding an unknown accelerant, which had been set on fire, and placing the accelerant through the window of the Courthouse. Somers was quickly identified by the Metropolitan Nashville Police Department – Specialized Investigation Division, after receiving numerous tips from citizens.”

Officials are scheduled to sentence Somers on December 1. He faces a mandatory minimum of five years and up to 20 years in prison, the press release said.

At the May 30, 2020 George Floyd rally in Nashville, speakers talked openly about overthrowing oppressors and relocating black Americans to a separate land of their own — at white people’s expense.

Nashville Mayor John Cooper attended that rally. On his Facebook page that night, he described it as peaceful. But chaos later erupted downtown. Some of the several thousand protestors in the audience carried signs demanding that the government either defund or abolish the police. The crowd, composed of whites and blacks, chanted “Black Lives Matter” and “No Justice, No Peace” many times over.