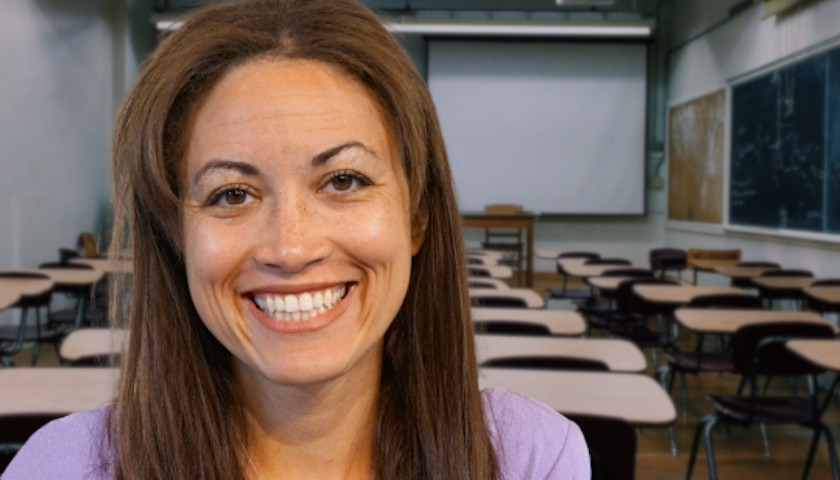 Tennessee’s Education Commissioner, Penny Schwinn, wants to award another no-bid contract – this time, $7.5 million in federal funds over 3 years for a variety of services from NCS Pearson. These services would entail a K-3 Early Grade Universal Screening and Monitoring System (EGUSMS), which would include universal screening for literacy and math, dyslexia screening, mental health screening, progress monitoring, and data organization. Pearson’s EGUSMS would also provide the online reporting tools, training resources, and technical support for educators implementing the EGUSMS tools. If all options to renew are exercised for a 5-year term, then the cost would total $12.5 million.

Schwinn justified the decision to make NCS Pearson the sole source by claiming that none of the other vendors met the state’s minimum requirements. Schwinn added that the Tennessee Department of Education (TDOE) hadn’t put forth a complete request for proposal (RFP) out due to the short notice and prompt need for schools to obtain these services.

The other vendors were Riverside Insights, Renaissance, and Curriculum Associates.

The Fiscal Review Committee convened last Wednesday to discuss the no-bid contract. They approved it, ultimately – but not without significant conflict.

State Senator Todd Gardenhire (R-Chattanooga) pointed out that Schwinn hadn’t met the notice deadline to give information on the contract by either 40 or 60 days in advance, and that there weren’t enough specifications given as to how the allocations per student would be spent. Gardenhire’s remarks alluded that Schwinn shouldn’t get special treatment on those rules of notice deadlines and fiscal review specifications. For those reasons, Gardenhire motioned for a negative recommendation on the contract.

“When we asked [for] the information [on] the $7.50 student licensing for the four grades, I think Fiscal Review staff needed a better breakdown of the $7.50 – not just a number. It almost looked like the number was backed into instead of starting with in front of it. I would like – and I know the staff would like – to see a better breakdown of that $7.50, and remind all the rest of the people here and other agencies and things that we’re gonna stick to those rules of 40 days and 60 days to have the information necessary. One of the [most] important in my opinion people in the legislature is the Fiscal Review staff. They put all the prices on everything, they go over everything and look at us and help keep us informed on what the true cost is for the state and for our constituencies of anything that we do.”

Several legislators seconded Gardenhire’s motion. Schwinn explained that there exists no further breakdown of that $7.50 amount because it represents a collective bundle of services. A minimum of 65 districts would rely on this plan.

In response to Gardenhire’s motion, Senator Bo Watson (R-Hixon) asked if the contract was time-sensitive. Schwinn reaffirmed that it was, based on the recent legislation passed to curb learning loss. Schwinn explained that the screeners would have to be implemented by the start of the school year, which begins as early as July 22 for some districts. She said that she hoped to implement the program by then, at the latest.

“[W]e started [on this contract] in earnest as soon as the bill was passed,” said Schwinn.

Gardenhire explained further that the comptroller would have to approve the contract if the committee decided to give a negative recommendation that day. That approval would be contingent on the committee’s satisfaction with the numbers provided by TDOE.

Watson expressed concern that a negative recommendation would prevent the implementation of the screener. He alluded that the committee had a desire to hold TDOE accountable for failing to comply with the rules.

“The only reason I’m asking these questions is [because] the screener is an essential part of the legislation that we passed, and failure to approve this could potentially delay implementation of that law,” explained Watson. “You have a risk of running a patchwork of screening that you have across the state and therefore, a lack of consistency in the screening. […] I understand the committee’s desire to hold agencies accountable […] I have no objection with that – but I do think we should tread carefully here because of the potential impact this has on a piece of legislation that I assume everyone in this room supported, and the screening tool was an essential and key part of that legislation.”

Watson asked what committee leadership’s plan would be if they rejected the contract.

“[I]f this motion carries and is adopted, what is the plan to be sure that we have a universal screening tool that is available for free to all of the counties which choose not to have their own screening tool – what is the strategy to make sure we have that in place by the deadline which we imposed on ourselves for that tool?”

“So, somewhere this responsibility for getting us the information that we need to make an educated decision on whether to go forward on this, on a project we all voted for falls right there,” said Gardenhire, pointing to Schwinn. “When the committee or the staff asks for information on a timely basis, we ought to get it.”

Schwinn insisted that they had only received information from the vendors recently, therefore preventing TDOE from submitting the contract information in a timely manner.

Since the contract was submitted late, any decision by the committee had to be decided by a two-thirds voice vote. Gardenhire’s motion to give Schwinn’s contract a negative recommendation failed to receive a two-thirds vote, though his motion represented the majority, 7 to 5.

This is the latest in a career-long series of no-bid contracts for Schwinn. In her previous role as the Chief Deputy Commissioner with the Texas Education Agency (TEA), two of the no-bid contracts under her watch were investigated by state auditors. The state found multiple issues with both contracts, including how Schwinn failed to disclose her preexisting professional relationship with one of the subcontractors in one contract, and failed to require a vendor plan for accomplishing its stated goals in the other. The latter contract was with Tembo – a company that Schwinn awarded a no-bid contract to following her appointment in 2019.

Last year, Schwinn’s $1.25 million annual no-bid contract with ClassWallet to handle the voucher program upset Tennessee lawmakers. Just like with that contract, Schwinn cited a need to move quickly in order to roll out the program for the upcoming school year. In part due to that contract, lawmakers moved to issue a no confidence vote on Schwinn – but to no avail.

On the subject of similar patterns – the contents of Pearson’s mental health screening appear to represent a continued interest of Schwinn’s.

The screening may fulfill an interest characterized by Governor Bill Lee and Schwinn’s proposal last year: a $1 million initiative to impose well-being checks on all children in Tennessee. These checks would’ve been conducted by “well-being liaisons” through emails, phone calls, or home visits. If parents refused the liaison’s request to speak with a child, that would be noted in a database.

The prompt outcry that ensued over the well-being initiative caused Lee to quickly withdraw it.

On the contract, Pearson characterized its mental health screening as designed to collect information on any at-risk adaptive, behavioral, or emotional problems exhibited by students. Although Pearson’s website doesn’t mention EGUSMS, the company does discuss their deployment of BASC-3 Behavioral and Emotional Screening System (BESS). That system assesses behavioral and emotional strengths and weaknesses through a benchmark assessment taking 2 to 4 minutes per student. BESS relies on norms-based student performance ratings supported by educator ratings and observations.

In 2019, Schwinn awarded Pearson nearly $40 million in a vendor contract to oversee Tennessee’s student assessment test for elementary and secondary students. At the time, that contract was scheduled to end on Wednesday, with an option to pay around $93.1 million to renew through 2024.

Due to the pandemic, TDOE canceled last year’s annual TNReady exams. They were required to pay $15.8 million for the prepared materials.

The Tennessee Star inquired with TDOE about the state of that preceding Pearson contract. They didn’t respond by press time.

The contract, submitted at the beginning of June, is scheduled to go into effect on Thursday.