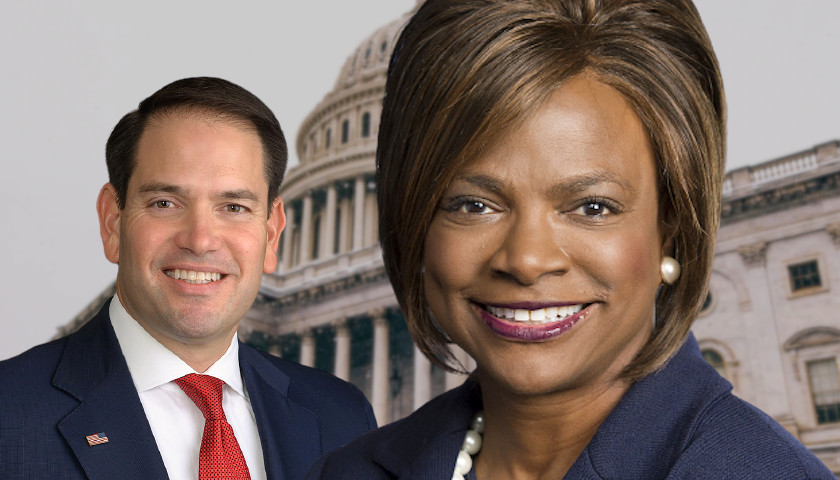 “When you grow up in the South poor, Black, and female, you have to have faith in progress and opportunity,” Demings, who grew up in Jacksonville, said in a campaign launch video.

In the video, Demings said that she will “never tire” in her work for the people of Florida, and she highlighted her 27 years as a police officer in Orlando, where eventually she became chief of police.

She also bragged about her role as impeachment manager in former President Donald J. Trump’s first impeachment proceeding, saying that she “brought law and order to a lawless president.”

“We are dealing with some critical issues,” Demings told The Orlando Sentinel. “And we need bold, courageous leaders to deal with those issues. And the bottom line is, too many times Marco Rubio did not show up. And when he did, he did not have enough courage to fight for Florida.”

She specifically discussed her agenda on social issues, vowing her support to transgender children, and what she believes are discriminatory voting laws. She also said she would vote to end the Senate filibuster, a long-time goal of progressive Democrats.

“Marco’s contrast with Val Demings could not be greater because she has no record of results for Florida,” his campaign manager Mark Morgan reportedly said. “Since coming to Washington, she has voted with Nancy Pelosi nearly 100% of the time. She supported efforts to defund the police, opposed tax relief for working families, and led the effort to put Washington in charge of Florida’s elections.”

Rubio is finishing his second term as a U.S. Senate from Florida. Before that, he was the Speaker of the Florida House.

He ran in the Republican presidential primary in 2016, which was eventually won by Trump.

Pete D’Abrosca is a contributor at The Florida Star News and The Star News Network. Follow Pete on Twitter. Email tips to [email protected].