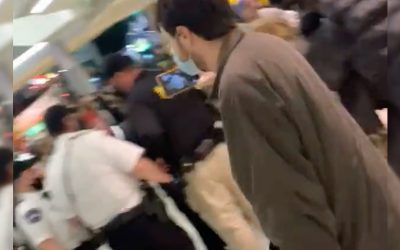 Protest over ‘Occupying Native Land’ Erupts at Mall of America

A protest allegedly over “occupying native land” erupted at the Mall of America on Black Friday. In video of the incident obtained by The Minnesota Sun, protesters can be heard banging native drums and chanting while standing in the mall’s rotunda.

END_OF_DOCUMENT_TOKEN_TO_BE_REPLACED 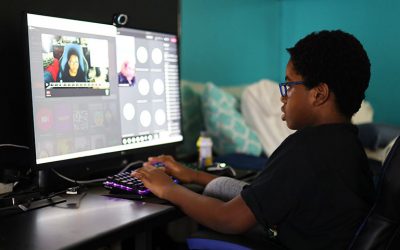 In the face of a COVID spike and the coming of winter, some districts are opting to temporarily switch back to distance learning, while others are canceling classes or extending breaks.

On Monday the Burnsville-Eagan-Savage School District announced a transition to distance learning for “most students” that will last until at least Friday, Dec. 3.

END_OF_DOCUMENT_TOKEN_TO_BE_REPLACED 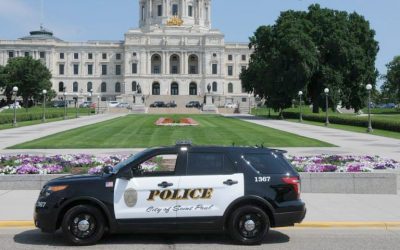 The union for St. Paul police officers filed a lawsuit over a COVID vaccine mandate that will be in place in the new year. The mandate does not allow for testing and masking as a substitute for getting vaccinated, however they will allow medical and religious exemptions, sources say.

END_OF_DOCUMENT_TOKEN_TO_BE_REPLACED 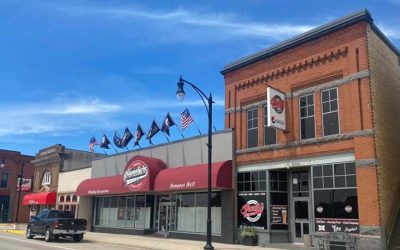 Two Minnesota restaurants, Boardwalk Bar and Grill and a chain named Shady’s, will need to fork over $25,000 and $30,000 in fines respectively for violating COVID lockdown orders in 2020.

The restaurants are obligated to pay the fines after settling lawsuits filed against them by Minnesota Attorney General Keith Ellison, according to a press release.

END_OF_DOCUMENT_TOKEN_TO_BE_REPLACED 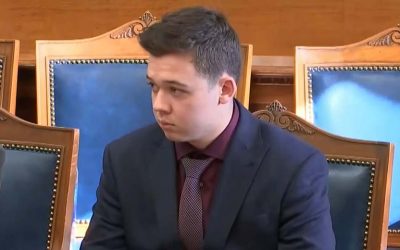 GoFundMe’s about-face on facilitating donations to legal funds for Kyle Rittenhouse after his acquittal Friday is prompting questions about comparable fundraisers it left up for anti-police rioters and left-wing activists accused of violence.

END_OF_DOCUMENT_TOKEN_TO_BE_REPLACED 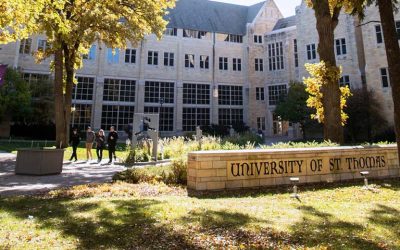 The University of St. Thomas in St. Paul offered counseling to students who were ‘impacted’ by the verdict in the Kyle Rittenhouse case. They said, “As individuals and communities, we may need time to process the verdict.”

END_OF_DOCUMENT_TOKEN_TO_BE_REPLACED 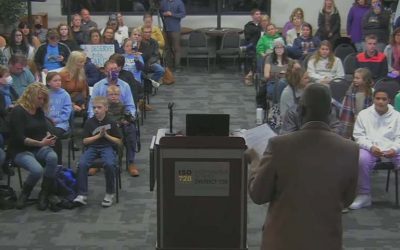 A Minnesota school district banned parents and residents from school grounds for one year after they complained about an alleged sexual abuser in the building with their children. Now a local legal nonprofit says it will pursue action unless the district reverses this decision.

Maria Isabel Harju, a resident, and Cassandra Bonine, a parent, were both banned from school property after attempting to speak out at a school board meeting about how students felt uncomfortable with an accused sexual deviant, who is apparently male, attending class at their high school. Although the accused student has not been convicted, students are uncomfortable enough with his presence that they staged a walkout, demanding his removal while court proceedings are ongoing.

END_OF_DOCUMENT_TOKEN_TO_BE_REPLACED 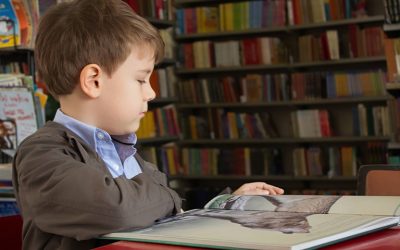 Minnesota's New House Republican Caucus raised concerns about the Minnesota Department of Education's (MDE) newly released draft of their K-12 Academic Standards about social studies. They took issue with the curriculum outlined under the social studies section titled “Ethnic Studies.” One statement, categorized under the heading “resistance,” says that students will “organize with others to engage in activities that could further the rights and dignity of all.” According to the...

END_OF_DOCUMENT_TOKEN_TO_BE_REPLACED 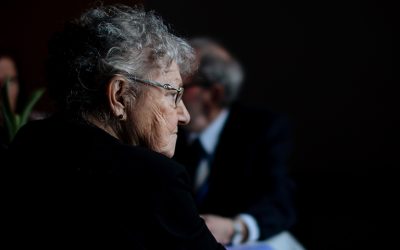 Governor Tim Walz (D) announced he is activating 400 National Guard members to assist with the growing staff shortage in the state’s nursing homes. “Our long-term care facilities are facing an all-hands-on-deck moment, and that’s why we are taking unprecedented action to support skilled nursing workers, residents, and patients,” said Governor Walz.

END_OF_DOCUMENT_TOKEN_TO_BE_REPLACED 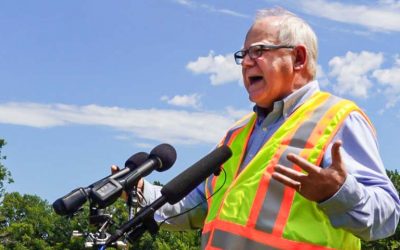 Gov. Walz Fears ‘Political Fallout’ If He Declares Another State of Emergency over COVID

Minnesota Gov. Tim Walz has admitted that declaring another state of emergency in the face of rising COVID cases would lead to negative political repercussions.

In a Wednesday call with reporters — from Finland, no less — the governor said he won’t invoke emergency powers while Minnesota’s COVID cases spiked to the highest 7-day average in the United States.

END_OF_DOCUMENT_TOKEN_TO_BE_REPLACED 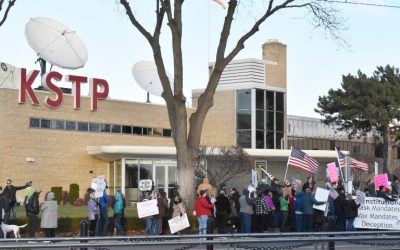 Protest Takes Place Outside KSTP in Minnesota Against COVID Mandates

ST. PAUL, Minnesota – A medical freedom protest took place in St. Paul outside of the ABC affiliate, KSTP 5 EYEWITNESS NEWS. The event, organized by Mark Bishofsky, was attended by several hundred people who stood on the sidewalks waving and cheering.

END_OF_DOCUMENT_TOKEN_TO_BE_REPLACED 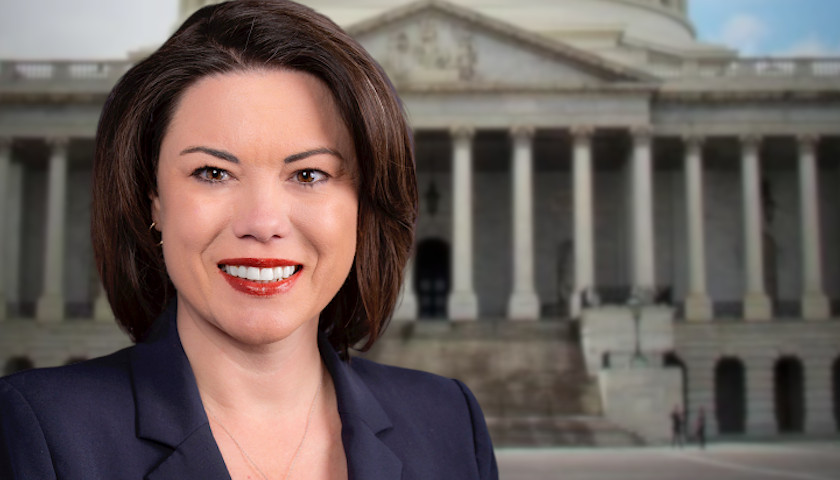 Angie Craig, a congresswoman from Minnesota, recently appeared at a fundraiser hosted by an organization known for its repeated calls to “defund the police.”

The Washington Free Beacon reported that the fundraiser, hosted by the Heart of LA Democratic Club, took place last Thursday at a home in Culver City. The group required proof of COVID-19 vaccination for entry and offered “contribution levels” of $50, $100, $250, $500, $1,000, and $2,900 to support Craig’s reelection to the U.S. House.

Craig, for her part, has not aligned herself with efforts to “defund the police,” unlike many other progressives in Minnesota and throughout the United States in 2020. The congresswoman faced heavy progressive backlash after openly opposing the Minneapolis charter amendment to replace the police department, even though her district doesn’t include any of Minneapolis.

END_OF_DOCUMENT_TOKEN_TO_BE_REPLACED 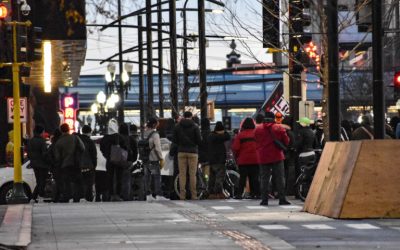 MINNEAPOLIS, Minnesota – Hundreds of Black Lives Matter protesters blocked some Minneapolis streets Saturday evening, protesting the verdict in the Kyle Rittenhouse case. The protest began at the Hennepin County Government Center, a 24-story skyscraper in the heart of Minneapolis, where many masked protesters gathered.

END_OF_DOCUMENT_TOKEN_TO_BE_REPLACED 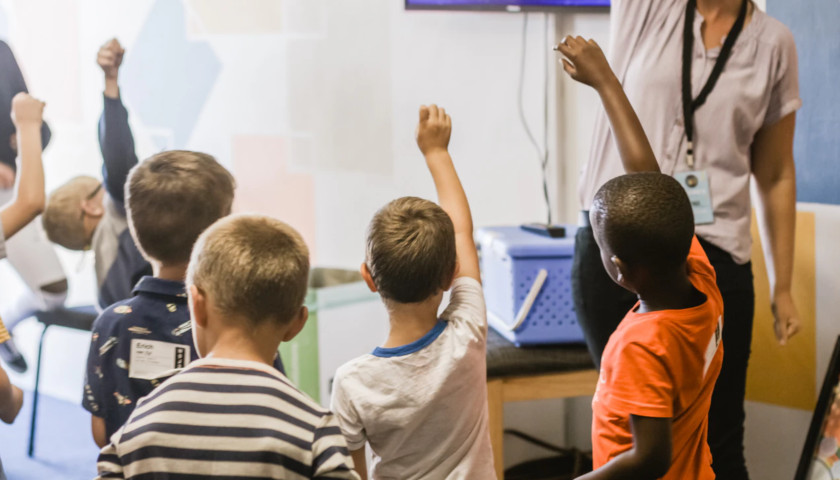 Shakopee, Minnesota public schools are closing for the entire week of Thanksgiving due to rising COVID case levels. Across all 10 Shakopee schools, 85 students have COVID as of Friday, with 30 of the cases at Jackson Elementary. The number of cases is growing, with over 20 more cases added to the list Friday afternoon.

END_OF_DOCUMENT_TOKEN_TO_BE_REPLACED 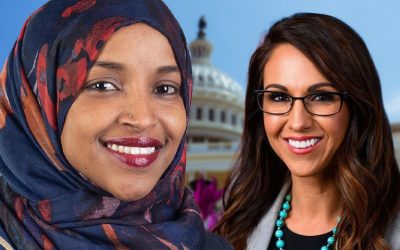 Rep. Ilhan Omar appeared to misuse the English language in an attempt to hit back at a Republican colleague.

On Wednesday Rep. Lauren Boebert of Colorado, a freshman member of Congress, took the opportunity to blast some of her colleagues after the House voted to censure Rep. Paul Gosar of Arizona and strip him of his committee assignments.

One of Gosar’s Twitter accounts had retweeted a doctored anime clip depicting him slaying Rep. Alexandria Ocasio-Cortez, though according to House GOP Leader Kevin McCarthy he “didn’t see it before it posted.”

END_OF_DOCUMENT_TOKEN_TO_BE_REPLACED

Nearly 20 jurisdictions throughout the state of Minnesota are preparing a coordinated effort to declare a “climate emergency” this coming January.

Alpha News has obtained documents on the coordinated effort, including a one-page summary of the plan and a three-page resolution template.

END_OF_DOCUMENT_TOKEN_TO_BE_REPLACED

Minnesota Wants to Give More Resources to Farmers, but Only the Ones Who Aren’t White Men

The Minnesota Department of Agriculture has a program apparently designed to provide resources and financial aid to every group of people except white men.

The new members of the “Emerging Farmers’ Working Group” were announced last week. The group is comprised of 19 members selected by the Minnesota Department of Agriculture who will find ways to provide resources to “farmers or aspiring farmers who are women, veterans, persons with disabilities, American Indian or Alaskan Natives, members of a community of color, young, and urban, and any other emerging farmers as determined by the commissioner.”

END_OF_DOCUMENT_TOKEN_TO_BE_REPLACED

A Chinese national who has been living and studying in Los Angeles has been accused of stalking and harassing a Minnesota college student. Ki Cheung Yau, age 27, has been arrested and charged with cyberstalking. Yau posed as the victim and created several accounts in their name, “including social media platforms, dating websites, and pornography websites, using the name, photos, and personally identifying information of the victim.”

END_OF_DOCUMENT_TOKEN_TO_BE_REPLACED

Libraries, the peer review process, algorithms and data are all racist, according to the University of Minnesota.

The university maintains a research guide that “shares racist research systems and practices, followed by resources for mitigating those problematic systems and practices,” Campus Reform first reported. This guide alleges that virtually every academic resource is racist but that students can overcome institutional racism by abandoning traditional academic standards.

END_OF_DOCUMENT_TOKEN_TO_BE_REPLACED

Minnesota Governor Tim Walz (D) says he does not want to include “additional, controversial topics” in a proposed special session. Walz finally made the move to have a special session, something that Republican lawmakers have been asking him to do for months.

In the letter to Senate Majority Leader Jeremy Miller (R-Winona), Walz wrote, “A special session should be focused on areas where we can find agreement, while areas of disagreement can be addressed in the regular session.” The governor is suggesting calling a special session on November 29, if Miller agrees to his terms, which confine the actions of the session to a drought relief bill, a frontline worker pay bill, and a COVID relief bill. Walz is also requiring that the session last no more than three days.

END_OF_DOCUMENT_TOKEN_TO_BE_REPLACED

George Floyd’s aunt told Alpha News that Cortez Rice was sent a cease and desist letter in 2020 to make him stop claiming to be Floyd’s nephew.

Rice is a BLM activist who has been in the media spotlight since Floyd’s death. Last year, both the Washington Post and New York Times reported that the activist was George Floyd’s nephew. He even appeared on a Florida TV news station claiming that Floyd was his uncle in April of this year.

END_OF_DOCUMENT_TOKEN_TO_BE_REPLACED

A Minneapolis City Council candidate is requesting a recount after narrowly losing to a candidate endorsed by the Democratic Socialists of America. Democrat Yusra Arab, announced her intentions on Twitter saying, “The outcome is one of the closest margins Minneapolis has ever experienced in a city council race using rank choice voting.”

END_OF_DOCUMENT_TOKEN_TO_BE_REPLACED

Two librarians at the University of Minnesota recently published a research guide claiming, among other things, that statistics and search algorithms like Google’s are racist.

The guide “was developed in response to librarians fielding multiple requests from UMN researchers looking to incorporate anti-racism into their research practices,” according to the university website.

END_OF_DOCUMENT_TOKEN_TO_BE_REPLACED

A leaked email from Minnesota Department of Health (MDH) Commissioner Jan Malcom appears to say that the “small impacts” are not enough to justify “dial backs” to the public. The emails, sent in October of 2020, include from Malcolm to other MDH staff and one from the Chief of Staff for Governor Tim Walz (D).

END_OF_DOCUMENT_TOKEN_TO_BE_REPLACED

Earlier this month, St. Paul voters chose 53%-47% to impose a 3% cap on rent increases per year.  Despite the rule not activating until May 22, developers already are pausing and pulling out of projects.

The cap is strict: it doesn’t account for inflation, small or large landlords, new or old buildings, “regardless of change of occupancy.” The goal is to obtain stable, affordable housing prices, but there are also wide-reaching unintended consequences.

END_OF_DOCUMENT_TOKEN_TO_BE_REPLACED

Minneapolis DFL Chair Devin Hogan suggested that the City Council should “refuse” to accept the results of an election that weakens the council’s authority.

“Refuse to cede power!” Hogan urged in a Twitter conversation that involved outgoing Council Member Phillipe Cunningham. The DFL leader aired this anti-democratic position days after voters chose to reduce the City Council’s power in a free and fair election.

END_OF_DOCUMENT_TOKEN_TO_BE_REPLACED

Minnesota criminal defense attorney Thomas Gallagher, with Gallagher Criminal Defense, told The Minnesota Sun that he believes that protesters who went to Judge Regina Chu’s apartment in the Loring Park neighborhood are being “abusive.”

END_OF_DOCUMENT_TOKEN_TO_BE_REPLACED

On Saturday, a mob of left-wing agitators protested outside of what they thought was this same judge’s home, angered by her August decision to prohibit news outlets from recording or livestreaming the court proceedings. Chu no longer lives in the condominium where protesters gathered, according to the Star Tribune.