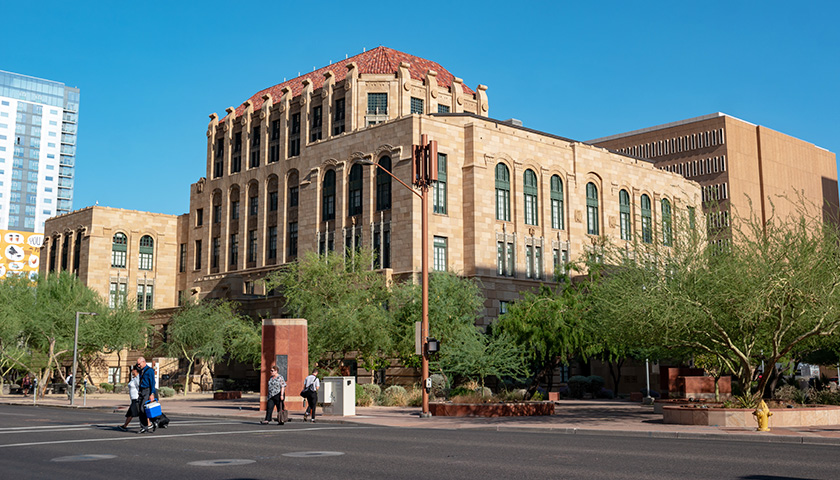 Maricopa County Superior Court Judge Joan Sinclair issued a ruling Friday in favor of the City of Scottsdale, blocking a stay request against the city cutting off water to the Rio Verde Foothills (RVF) area.

“The city remains confident in its legal position and continues to encourage Maricopa County – the elected local government for the residents of Rio Verde Foothills – to implement a solution on behalf of their constituents,” according to the city.

As reported by The Arizona Sun Times, a group of citizens from the RVF area filed a lawsuit against the City of Scottsdale for cutting off their water supply earlier in January. In the complaint, the residents argued that Scottsdale violated Arizona law by supplying a utility service outside its boundaries and then shutting off that utility. Additionally, the Plaintiffs stated that approximately 500 houses relied on water hauled from Scottsdale.

RVF is an unincorporated area that falls under the jurisdiction of Maricopa County Supervisor Thomas Galvin. Many residents in the area received water by hauling it from Scottsdale until the city prohibited them from doing so in 2022 ended, sparking the lawsuit.

However, the city argued against Plaintiff’s claims. It contended that Plaintiff’s interpretation of the law was incorrect and that the residents have other ways of getting water hauled from other parts of the state aside from Scottsdale.

In her order, Sinclair agreed with the city. She stated that one flaw in the Plaintiff’s arguments was where the supplied water came from. The Scottsdale Standpipe, where the water hauled to the RVF area came from, is within the city boundaries, meaning Scottsdale did not render the utility service outside its limits. Moreover, she stated that the Plaintiffs did not show they would suffer irreparable harm from the city’s actions. Sinclair noted that they provided no demonstration that they “are unable to obtain water at all from any source.” Ultimately, she stated that this is an issue for the local government, not the courts, to sort out.

“Water is life in Arizona. The Court appreciates the difficulties inherent in allocating dwindling water resources between competing claimants. This is a function of governmental leaders and entities. This Court cannot, and should not, make water policy decisions in lieu of the appropriate authorities,” Sinclair concluded.

According to the city, the shut-off came because of the ongoing Colorado River drought. The city is prioritizing its residents and businesses per its Drought Management Plan.

Additionally, a memo released by the city in December stated that it never intended to be the permanent water source for the RVF community and had warned Maricopa County in 2020 and 2021 that a shut-off was likely to come.

As for a solution, EPCOR, a water utility company, has expressed interest in providing permanent water to the area. However, that solution may not be ready for another two or three years.

In search of a temporary solution, the State Legislature has gotten involved. According to AZ Family, State Rep. David Cook (R-Globe) met with Scottsdale officials, including Mayor David Ortega, and introduced a plan to use water from the Gila River Indian Community (GRIC). Scottsdale would be paid to run this water through its infrastructure and supply it to the RVF area. However, Cook would still need approval from the city council and GRIC to implement this plan.

A spokesperson for the city told The Sun Times that matters surrounding the RVF area would be discussed at an executive session set for Tuesday at 4 pm.

The Arizona Sun Times reached out to Cook for additional comments but did not hear back.

Neil Jones is a reporter for The Arizona Sun Times and The Star News Network. Follow Neil on Twitter. Email tips to [email protected].
Photo “Maricopa County Courthouse” by bikesharedude.